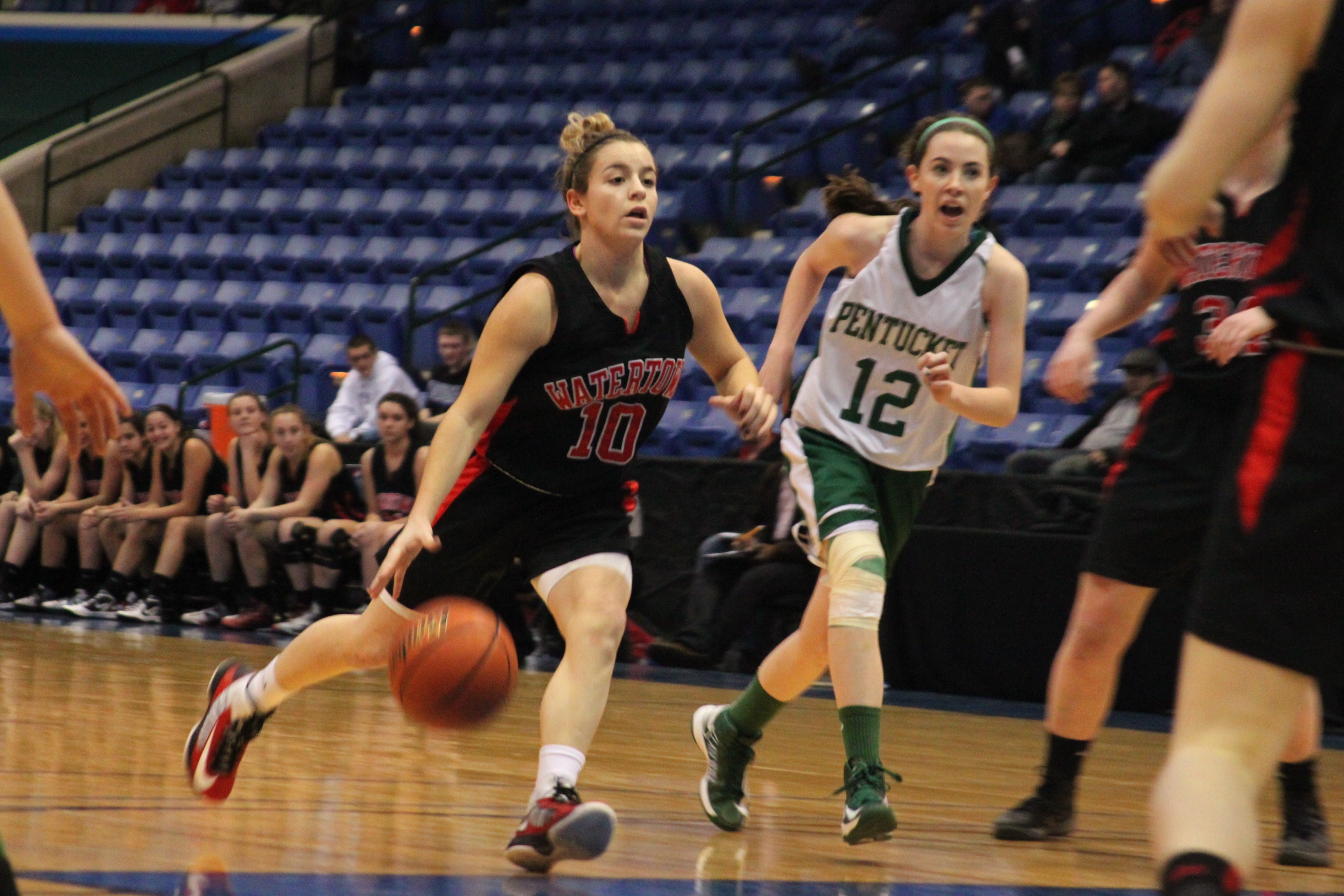 Watertown’s girl’s basketball team and Gabriella Coppola return to the North Section final for the second straight year. Here Coppola brings the ball up in the 2013 North Section Final against Pentucket. Photo by Charlie Breitrose

With the Watertown girl’s basketball team’s 51-39 victory over Hamilton-Wenham on Thursday night in Chelmsford, the Raiders set up a big day for Watertown hoops fans on Saturday.

Both the boy’s and girl’s teams will play for North Section championships at the Tsongas Center in Lowell on March 8.

Before that, the Raiders’ boy’s team faces a familiar foe, Stoneham, at 12:15 p.m. in Lowell. Watertown (17-5) earned the second seed in the Div. 3 North Section and beat Bedford 68-50 on Wednesday. Stoneham (13-10) is the eighth seed, and beat Arlington Catholic to get to the section final.

The Raiders have enjoyed success over their Middlesex League rival this season, beating them 61-32 in Stoneham and 72-40 in Watertown.

Wins in Lowell would send the Raiders to a date at TD Garden for the Eastern Mass. final.

The Watertown boy’s hockey team’s season ended with a heartbreaking 1-0 overtime loss to Wayland in the Div. 3 North Section semifinal Thursday night in Chelmsford. The Raiders finish the season with a 14-3-5 record.

Raiders Featured in the Globe

In case you missed it, the girl’s basketball squad was featured in the Boston Globe this week. Read it here.

Watertown News is an independent news source supported by readers and the community. Donate to Watertown News by clicking the button below.