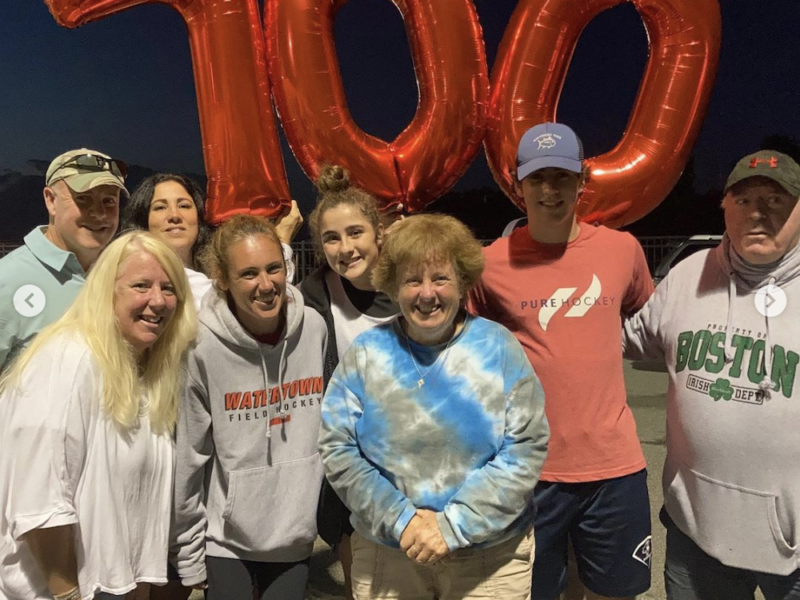 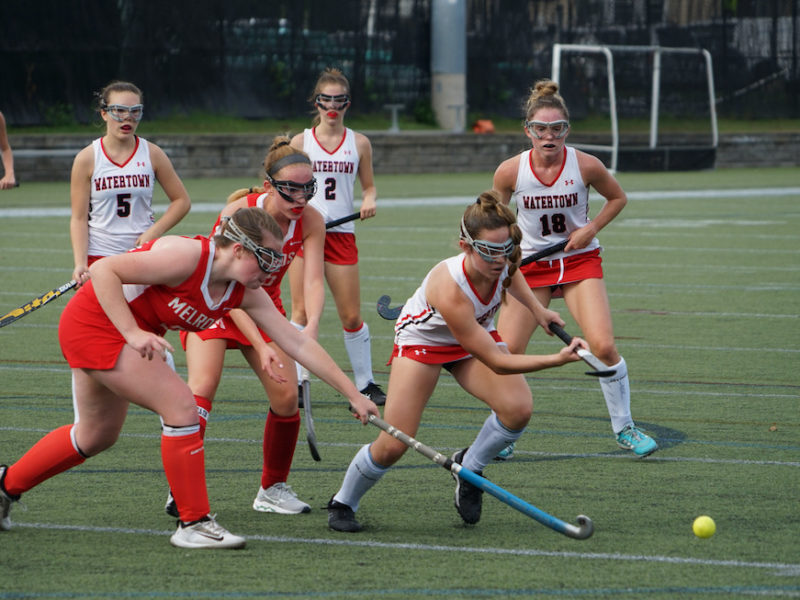 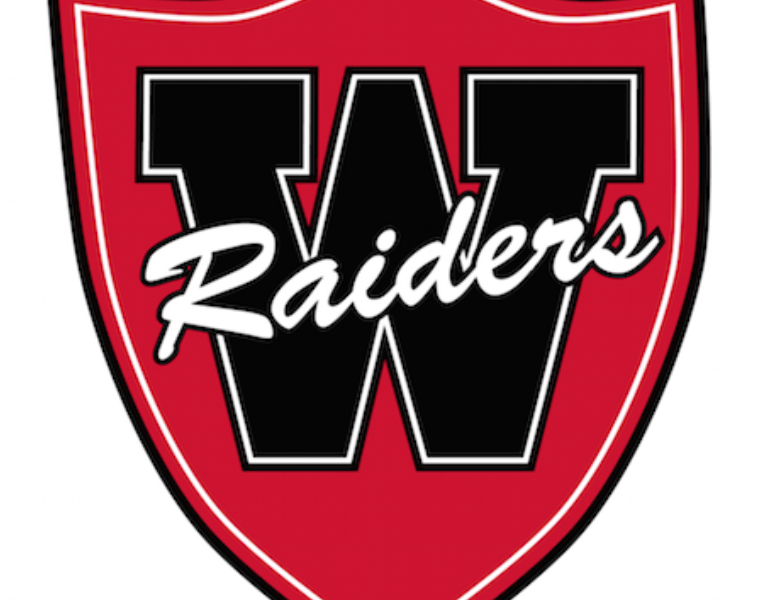 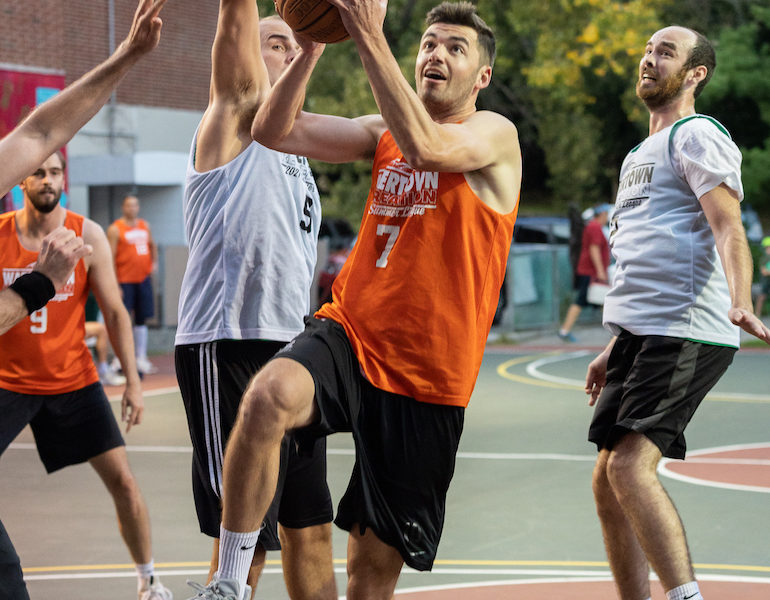 The 2021 Papas Elite League finals are set, and the teams made up of current and former college players will play for the trophy on the Saltonstall Park Court starting Monday night. The league, run by the Watertown Recreation Department, has players from colleges around New England, as well as some across the nation, including Michigan, Oklahoma and Virginia. One of the alumni of the league, Duncan Robinson, has gone on to national success. He attended Williams College and then went on to play on Michigan’s Final Four team in 2018. He followed that up with an appearance in the 2020 NBA Finals with the Miami Heat.

Watertown’s Lauren Kelly will return for her fourth year playing with the Boston Pride, the reigning champion of the National Women’s Hockey League (NWHL). Recently, the Pride announced Kelly would return to be part of the team’s 2021-22 roster. The Boston Pride are a professional women’s ice hockey team and are one of the NWHL’s four charter franchises. In her three seasons in Boston, Kelly has played 48 games on defense, scored five goals, and added 14 assists, including two in the playoffs.

The 2021 Watertown summer basketball league’s regular season is over, so let the playoffs begin. The teams in the Papas Elite League are made up of current and former college basketball players and the games are played at the court in back of the Watertown Boys & Girls Club. The single-elimination quarterfinals take place on Tuesday, Aug. 17. The best-of-three semifinals will be held on Aug.

Simmons Director of Athletics Ali Kantor announces the hiring of Emily Sideris as the new Manager of Daly Field Facilities and Athletic Operations.

In this role, Sideris will provide leadership and oversight of the athletic facilities and operation at Daly Field as well as coordinate scheduling facilities and events with the Simmons Athletic Department staff, other campus constituents and government agencies. Sideris will serve as the key point person for the Daly Field Stewardship Group.

Sideris returns to Boston following a brief stint with the West Point Association of Graduates, where she gained valuable skills in fundraising and stewardship. Prior to her role in donor relations, Sideris spent the previous two years working in operations at Manhattanville College while receiving her Master’s Degree in Education. In her time at Manhattanville, she coordinated and oversaw all the facility operations, scheduling and field rentals as well as managed all game-day operations for the Valiants 18 varsity programs.

A native of Watertown, Massachusetts, Sideris played high school field hockey for the NFHCA Hall of Fame Head Coach Eileen Donahue, helping the Raiders to the State Championship in 2009.

Watertown High School’s basketball coaches will be running a camp for young players in August. Watertown boys basketball coach Steve Harrington (Harry) and girls basketball coach Pat Ferdinand (Coach Pat), will put on summer skills sessions for players boys and girls going into grades 3 through 9. Camps are separated into age groups. This year, the camps will be held at the Browne Basketball Courts, behind the Watertown Police Station, 552 Main St. The four-day camps run for an hour-and-a-half each day.

U.S. RowingWatertown’s Alexander Richards and the U.S. men’s eight boat qualified for the Olympic final. Team USA’s Men’s eight rowers, including Watertown’s own Alexander Richards, finished a close third late Tuesday night to book a spot in Thursday’s Olympic Final. Richards and the USA crew raced against Great Britain, Australia, New Zealand and Romania for spots in Thursday’s final at the Tokyo Olympics. The top four in the repechage race advanced to compete for medals. The Americans hit the 500 meter mark in third place, behind the Brits and New Zealand.

Kelley L Cox / KLC fotosWatertown’s Alexander Richards will be rowing for Team USA at the Tokyo Olympics . Rower Alexander Richards, who hails from Watertown, will get his first taste of Olympic competition on Friday, Eastern time, a day earlier than originally scheduled. Richards competes on the USA’s men’s eight team, and while he has had international experience, this will be his first time rowing in the Olympic Games. The 25-year-old attended Belmont Hill School, and went on to Harvard. He currently trains in Oakland, Calif.

More than a dozen Raiders were chosen among the best in the Middlesex League in 2021. The pandemic created some strange seasons for some sports. Football was moved to Fall II, in the early part of 2021, and the wrestling season was moved from the Winter Sports Season to the Spring. Fifteen Watertown High School athletes made the Middlesex All-Stars in eight sports. Fall II All-Stars