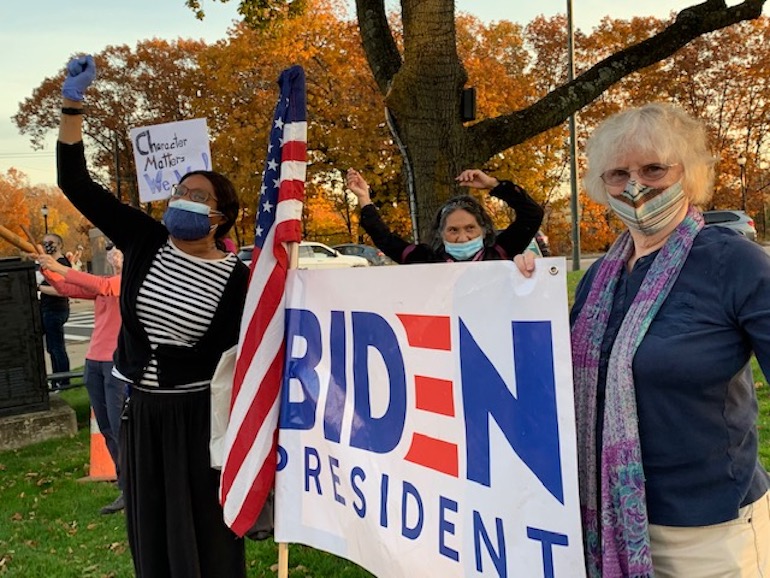 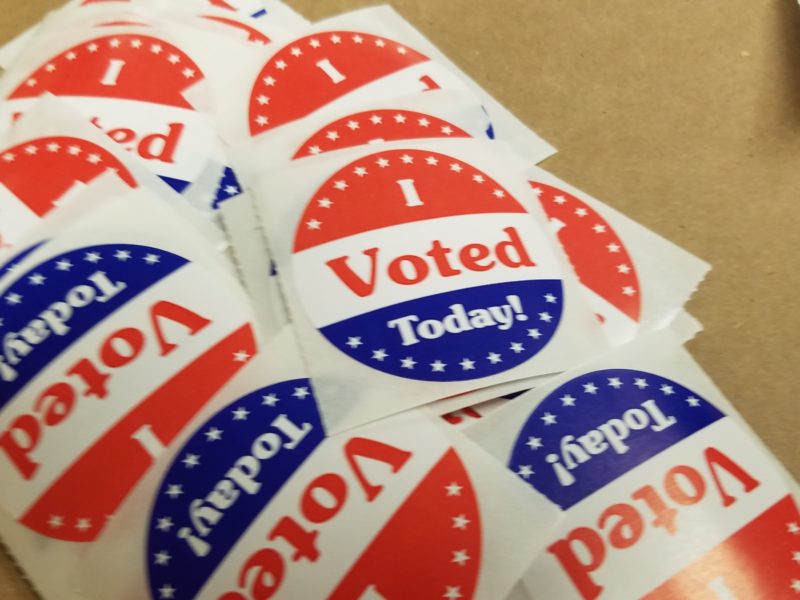 See How Watertown Voted for President, Senate and Ballot Questions 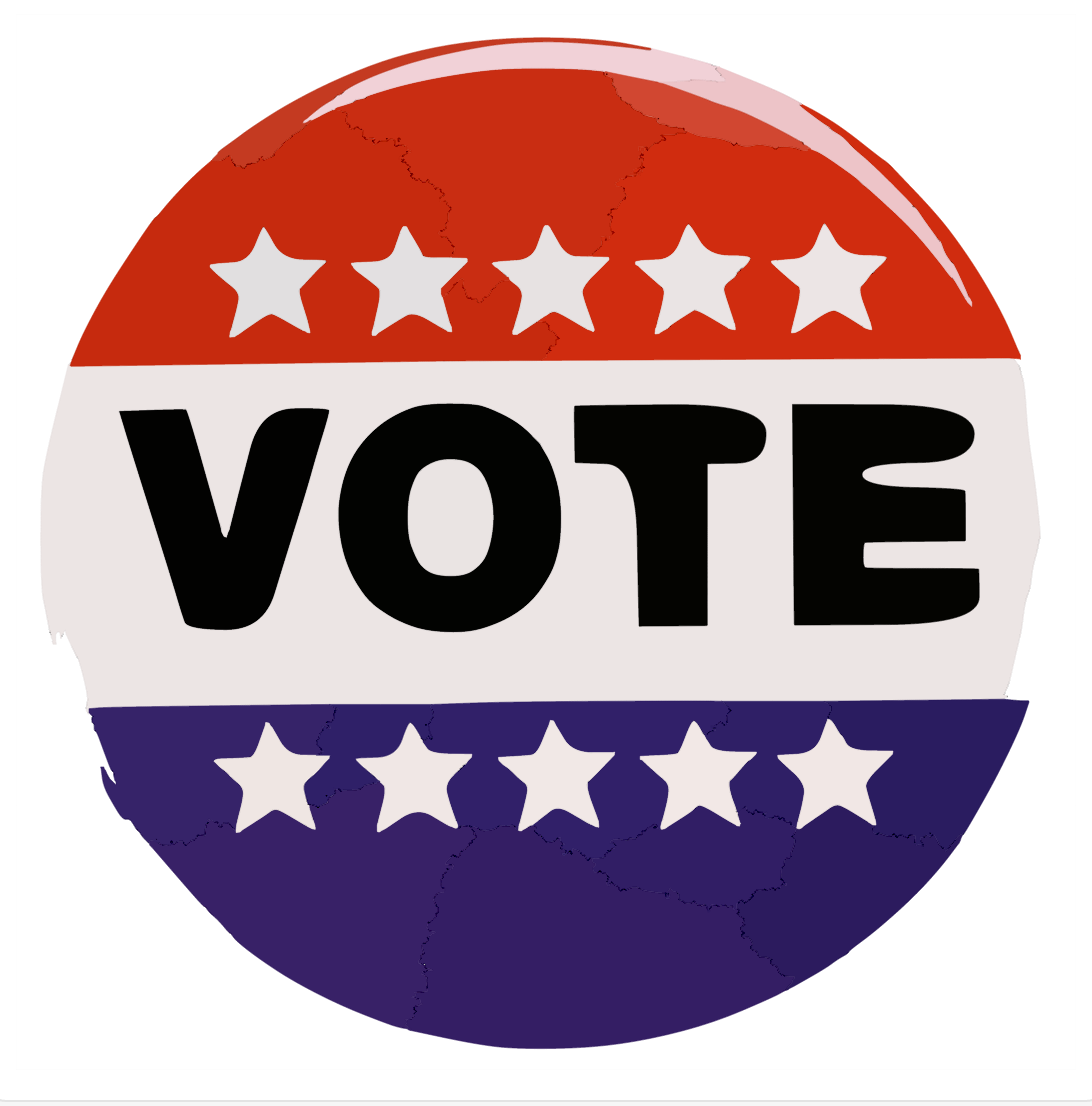 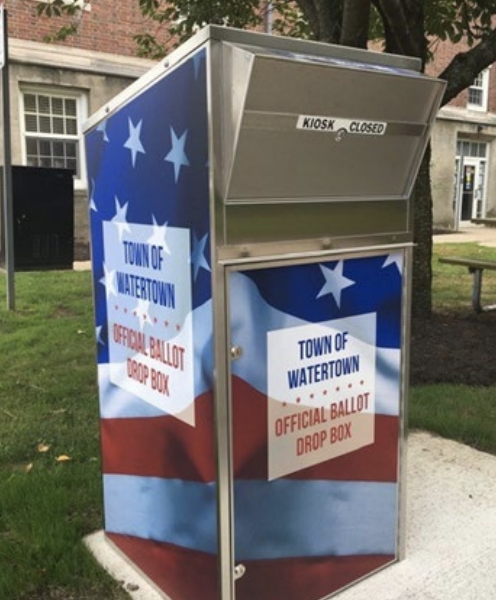 Watertown Ballot Drop Box to be Closed on Halloween

Members of Sunrise Watertown work on banners for the Late Night March on Oct. 23 to raise awareness about environmental issues. The following announcement was provided by Sunrise Watertown:

Watertown residents can head to Town Hall beginning Saturday to cast their ballot in the Presidential Election. This election, there will be 14 days of early, in-person voting at Town Hall, 149 Main St., Watertown. COVID-19 social distancing measures will be taken in the voting areas, including plexiglass between poll workers and voters, pens only being used once and voting booths being spaced at least 6 feet apart. Early voting dates and times are listed below. Ballots have already begun to stream into the Watertown Town Clerk’s Office.

This November, voters in the 29th Middlesex district are encouraged to vote YES on 100% Renewable Energy and YES on Transparency, which will be Questions 3 and 4 on the ballot in this district. Climate science demands that we enact sweeping changes to our energy economy in the next 10 years to avert climate catastrophe. A commitment to 100% renewable energy will put us on the right track. Transparency of committee votes is key to realizing this goal. Bills committing MA to 100% renewable energy have been killed in committee repeatedly over the past 6 years, and, without committee vote transparency, we don’t even know who is responsible for their failure to come to a vote. Please join me in voting YES on 100% Renewable Energy and YES on Transparency to put Massachusetts on the right track to be a leader in climate change solutions. Richard KalishPleasant Street, Watertown

After Election, State Reps. Have Issues to Tackle in State House

John Lawn, left, won re-election to his sixth term as 10th Middlesex State Representative, while Steve Owens won his first election to be the State Rep. for the 29th Middlesex District. With the long campaign and election day behind them, Watertown’s two state representatives now have some work to do in the State House. They face issues that arose from the COVID-19 pandemic, along with those around before the shutdown. Beacon Hill is familiar territory for John Lawn, who will be entering his sixth term as the 10th Middlesex State Representative. The impacts of the pandemic will be his top concern.

After Tuesday’s election, Watertown has one new State Representative and one returning to the State House. In the three way race for the 29th Middlesex seat, former chair of the Democratic Town Committee Steve Owens took nearly 60 percent of the vote. He received 7,602 votes, or 61 percent, in the district that includes most of Watertown and part of Cambridge. Town Council President Mark Sideris got nearly 24 percent, with 2,972, and consultant David Ciccarelli got about 15 percent (1,851 votes). In Watertown, Owens got 4,148 votes, or 60 percent of the vote, while Sideris got 25 percent (1,757 votes), and Ciccarelli got 1,091 votes (15 percent).

Tuesday’s ballot is one of the most crowded for a State Primary in years for Watertown voters, with contested races on which both the Democratic and Republican candidates can vote, including state representative. The polls will be open from 7 a.m.to 8 p.m. on Tuesday, Sept. 1, 2020. Democrats in all parts of Watertown have a contested race for State Representative. The 29th Middlesex, which covers about three quarters of town, has an open seat with incumbent Jonathan Hecht stepping down.

I write with pleasure to endorse Steve Owens to represent the 29th Middlesex District, the seat that is being vacated by Rep Jonathan Hecht. Rep Hecht has been a progressive legislator and a great friend. I have total confidence that Steve will continue Jon’s path. Steve was a critical team member in my campaigns for Town Council. He resuscitated a moribund Watertown Democratic Town Committee and it has become known as one of the most dynamic groups in the state.

The Watertown Firefighters union endorsed John Lawn in his re-election bid for the 10th Middlesex State Representative seat. Local 1347 announced its endorsement on Facebook on Friday. The message cited Lawn’s work with Fire Chief Bob Quinn to get a second set of turnout gear (the clothing worn by firefighters during calls). “Before we received the back up turnout gear we were forced to wear the wet, carcinogen contaminated turnout gear after any fire we had. With the rise in occupational cancer, it has been discovered that cancer causing agents enter our bodies through our skin, as well as respiratory systems,” the announcement said.