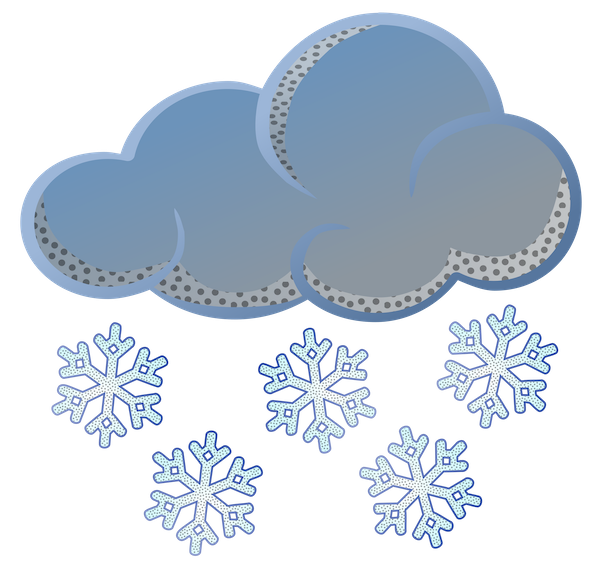 The following announcement was provided by the City of Watertown:

The City of Watertown has announced a sow emergency for Friday, Feb. 25 with a storm expected to drop several inches of snow headed toward the area. Also, City Hall, Library and Senior Center will be closed on Friday due to the storm. The City sent out the following announcement:

The Superintendent of Public Works is declaring a Snow Emergency effective 1:00 AM, Friday, February 25, 2022. Watertown is expecting upwards of 8-inches of snow Friday. 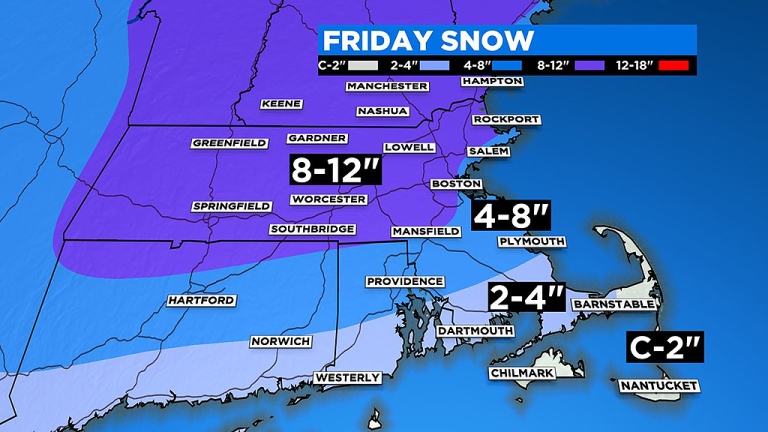 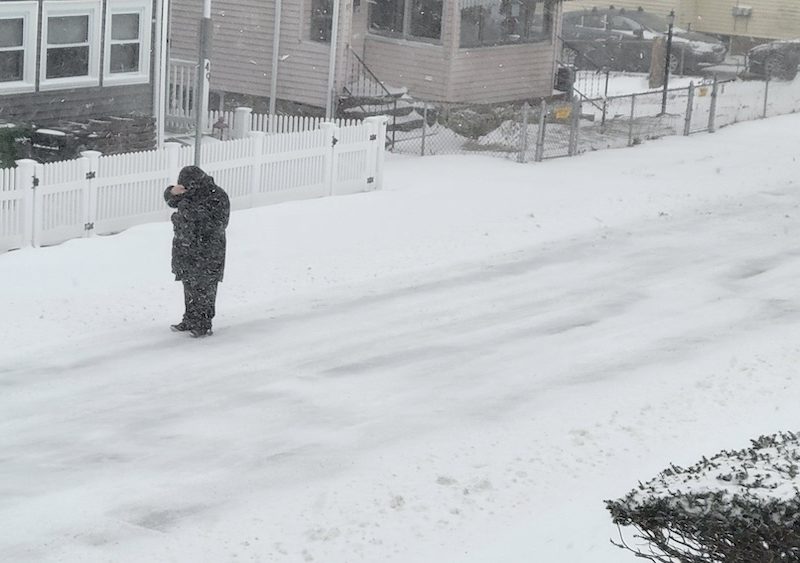 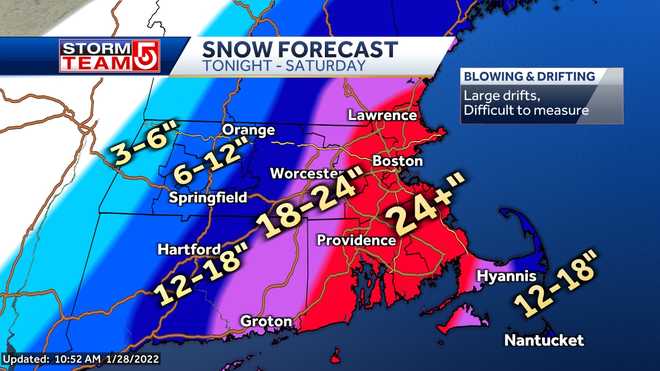 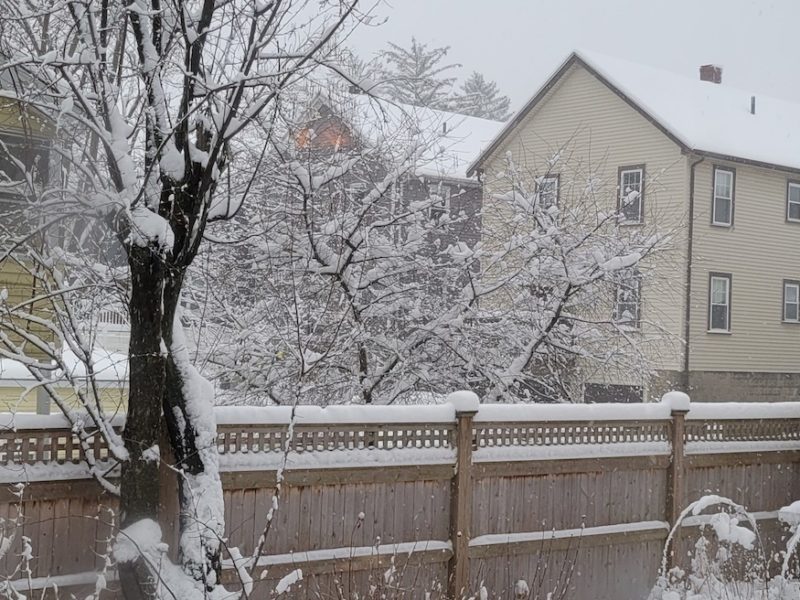 Charlie BreitroseSnow will fall on Watertown from Thursday into Friday. The following announcement was provided by the Watertown Department of Public Works:

The Superintendent of Public Works is declaring a Snow Emergency effective 12:01 AM, Friday, January 7, 2022. Watertown is expecting greater than 6 inches of snow. The Snow Emergency shall remain in effect until further notice. On street parking will be banned and any motor vehicle left on the street will be subject to towing.

WCVB Channel 5The track of Tropical Storm Henri would hit Southern New England and bring heavy rains and strong winds to Watertown. A Hurricane Watch is in effect in Eastern Massachusetts and much of Southern New England as Henri approaches, which could bring heavy rains and powerful winds to Watertown. Tropical Storm Henri will pass off the shore of the Carolinas on Friday, but the National Weather Service expects the storm to strengthen into a hurricane. On Friday morning, the path of the storm predicted the Henri to make landfall in Rhode Island, and bring a strong storm surge to the Cape, the Islands and Southeastern Massachusetts. Flooding and strong winds could impact Eastern, Central and parts of Western Massachusetts, and the NWS forecasts possible Tropical Storm conditions in Watertown from Sunday morning into Monday.

Effects of Tropical Storm Elsa Expected to be Felt in Watertown

Tropical Storm Elsa will pass over southern New England on Friday, and Watertown is forecast to get heavy rains and wind from the storm. The National Weather Service (NWS) issued a Tropical Storm Warning at 5 a.m. on Thursday, July 8, 2021, for southeast Middlesex County, as well as for Cape Cod, the Islands and Southeast Mass. The Warning means that Tropical Storm force winds are expected within the next 36 hours. The storm is expected to kick up winds of 5 to 10 mph, with gusts up to 30 mph. Potential power outages and road closures could result from tree limbs and other items falling on power lines and roadways.

The early morning sun shines on the snow left from Sunday’s snow storm. The Town of Watertown lifted its Snow Emergency parking ban at 8 a.m. on Feb. 8. More snow is expected Tuesday. Sunday’s storm dropped about 5 inches on the area.

The Superintendent of Public Works is declaring a Snow Emergency effective 12:00 Noon, Sunday, February 07, 2021. Watertown is expecting approximately 6-8 inches of snow with additional storms forecasted for later this week.

The Town of Watertown declared a Snow Emergency due to the impending snow storm forecast to hit the area on Monday afternoon through Tuesday. Also, the Watertown Schools will dismiss early on Monday, but the status of Tuesday’s school day has not been announced, as of 9:50 a.m. Monday. Superintendent of Schools Dede Galdston announced early dismissal times for the Watertown Public Schools on Monday. She did not announce plans for Tuesday, but said if a snow day is declared, there will be no remote learning, it will be like a normal snow day. See more details below.

The Massachusetts Department of Transportation (MassDOT) is advising the public against traveling as the National Weather Service is forecasting heavy snow rates per hour in the early afternoon today, Monday, February 1. Snowfall rates may exceed one inch per hour on Monday afternoon and Monday night. The very strong winds will lead to blowing snow and greatly reduced visibility during the height of the storm. “We urge the public to take this storm seriously because driving conditions will be difficult, with heavy snow falling at a fast rate and gusty winds expected,” said Acting Transportation Secretary and CEO Jamey Tesler. “During the storm, we are advising the public to stay home and don’t drive if you don’t have to.”

“We are encouraging those workers who have the ability to work remotely to do so tomorrow,” said Highway Administrator Jonathan Gulliver. “If you do have to be on the roads we urge you to plan ahead and to be off the roadways by mid-day. We expect roadways to become snow covered and slippery in the afternoon and through the evening with limited visibility and high winds as the storm progresses.”

MassDOT’s snow and ice operations will be deployed throughout the Commonwealth as conditions necessitate. Highway Districts continually conduct preparation activities in advance of new weather systems and are able to pretreat roadways with brine and Magnesium Chloride when necessary.

Christmas Day will be a turbulent one weather-wise with high wind gusts and heavy rain forecast on Friday. The National Weather Service issued a High Wind Warning from midnight Thursday to 4 p.m. Friday with winds of 20-30 mph and gusts up to 65 mph. In addition a Flood Watch has been issued from late Thursday through Friday afternoon with the possibility of 2 to 3 inches of rainfall. [HIGH WIND WARNING] A High Wind Warning has been issued from midnight Thursday night through 12 PM Friday across RI, E. MA and N. CT. Numerous power outages are expected as winds may gust to 70 mph Christmas morning.