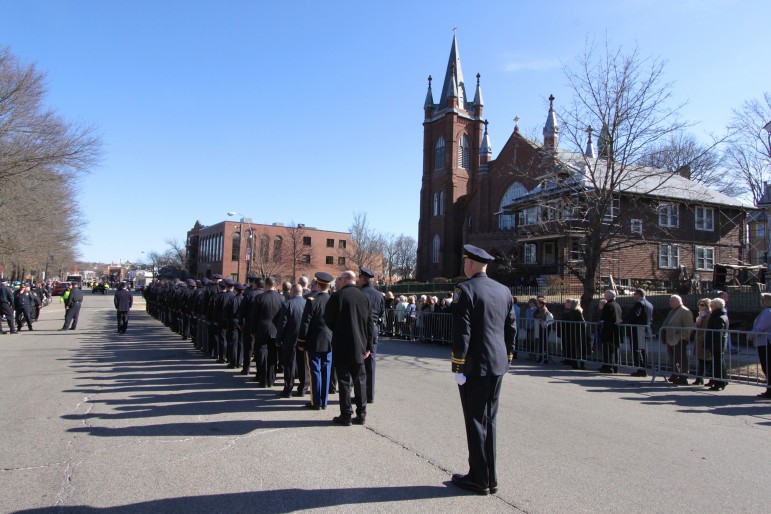 The 43-year-old Watertown native died fighting a fire in the Back Bay last week. On Tuesday, the downtown streets of his hometown were devoid of cars, but filled with firefighters and police officers in dress uniforms.

They showed up by the bus full and marched to the church on Main Street, just down the street from Town Hall and Watertown Fire Headquarters. 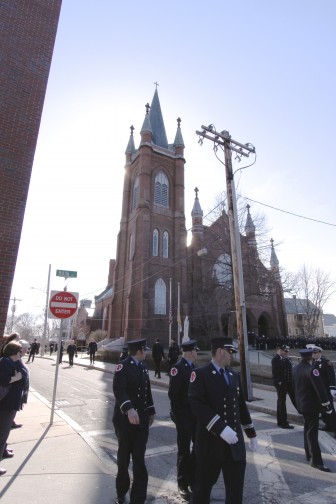 They came from Walsh’s department in Boston, and from Watertown – where his father and uncles worked and where his cousin and brother-in-law now work.They were joined by firefighters from around Massachusetts, the east coast and and across the country. 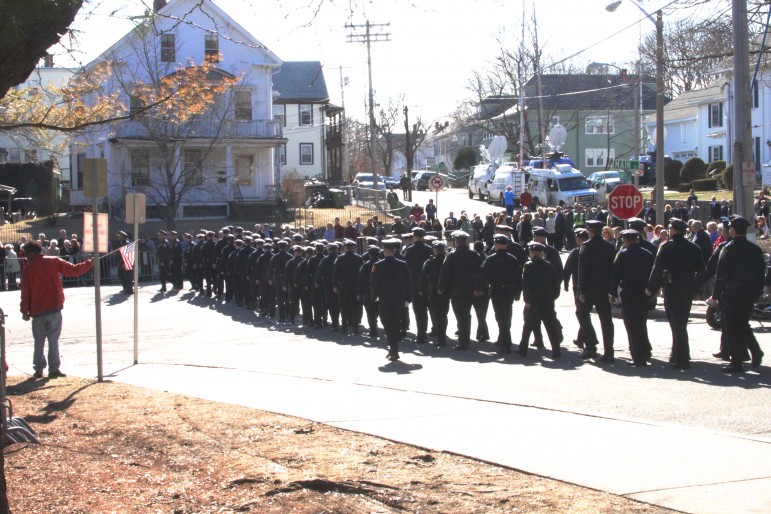 The wake began at 3 p.m. and the last of the fire and police personnel entered around 4:30 p.m. The public lined up early, too, with the first ones arriving before 3 p.m. By 4:45 p.m. the line stretched more than three blocks down Main Street from the church.

MBTA buses, school buses and more vehicles parked on Summer Street to wait for firefighters to attend the service.

Estimates of 10,000 or more have been predicted for Wednesday’s funeral, which will be at St. Patrick’s Church at 10:30 a.m. 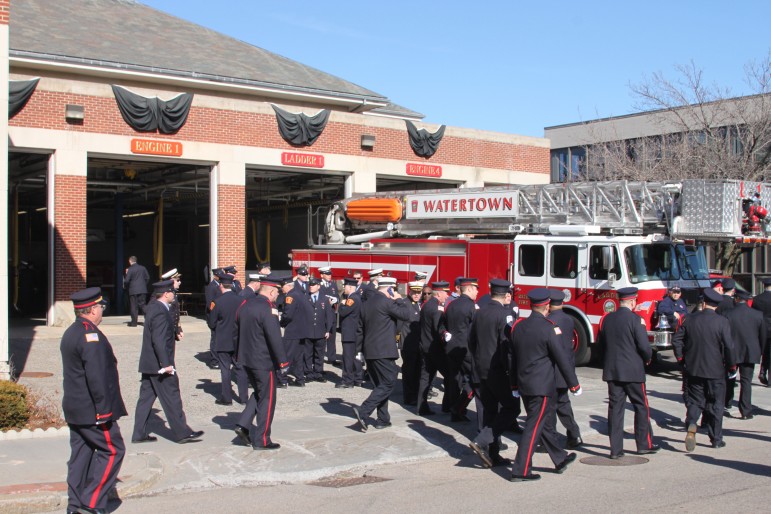 Firefighters from around the state and across the U.S. came to Tuesday's wake. Here they gather outside Watertown Fire Headquarters. Photo by Charlie Breitrose. 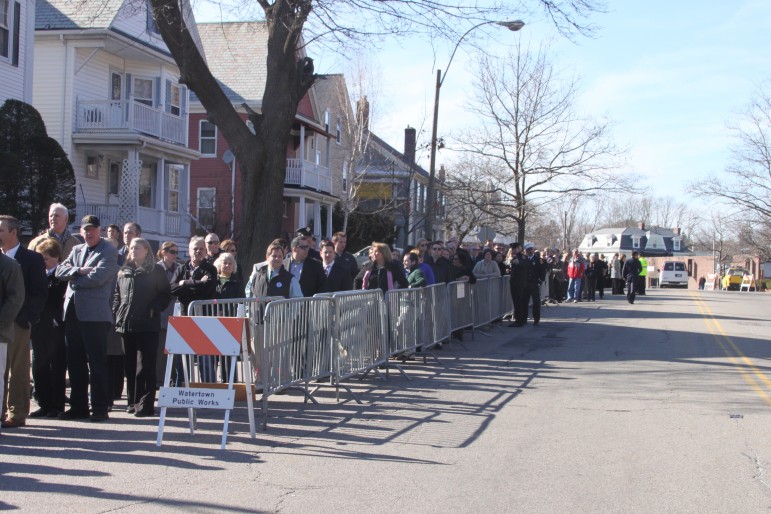 Members of the public lined up for more than three blocks to wait their turn to attend the wake of Boston Fire Lt. Edward Walsh.

One thought on “See Photos from the Wake for Fallen Boston Fire Lt. Edward Walsh”