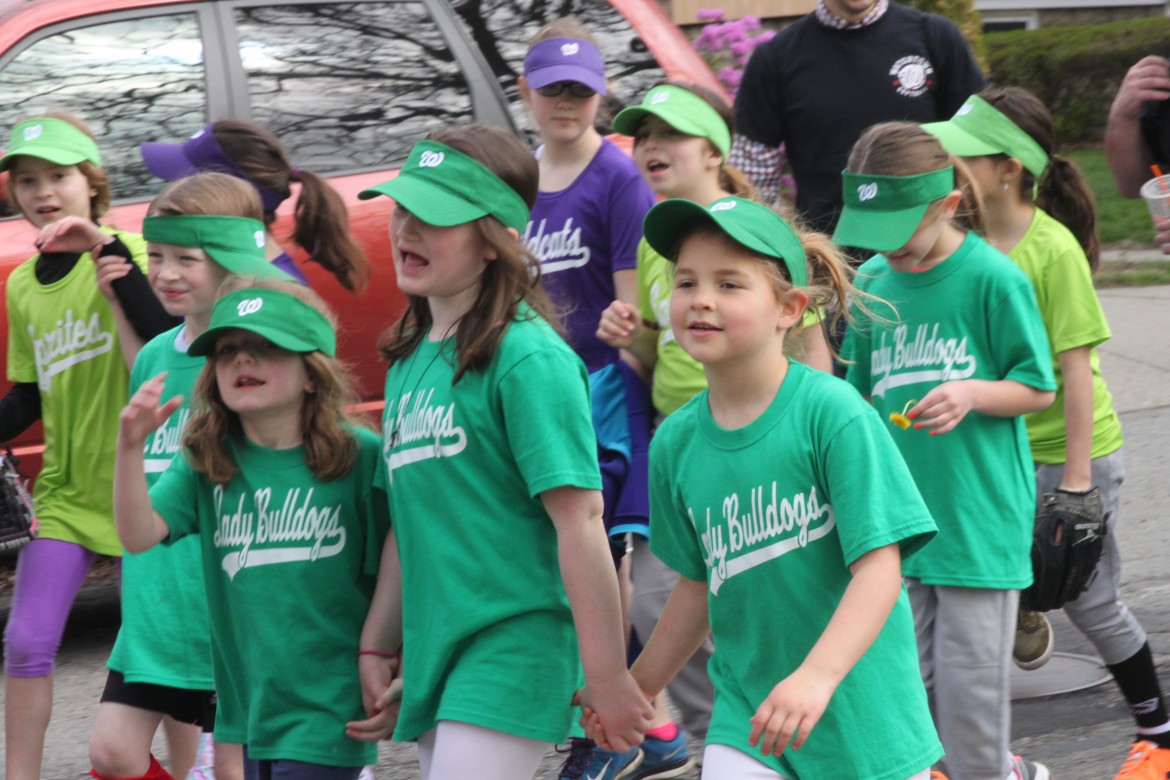 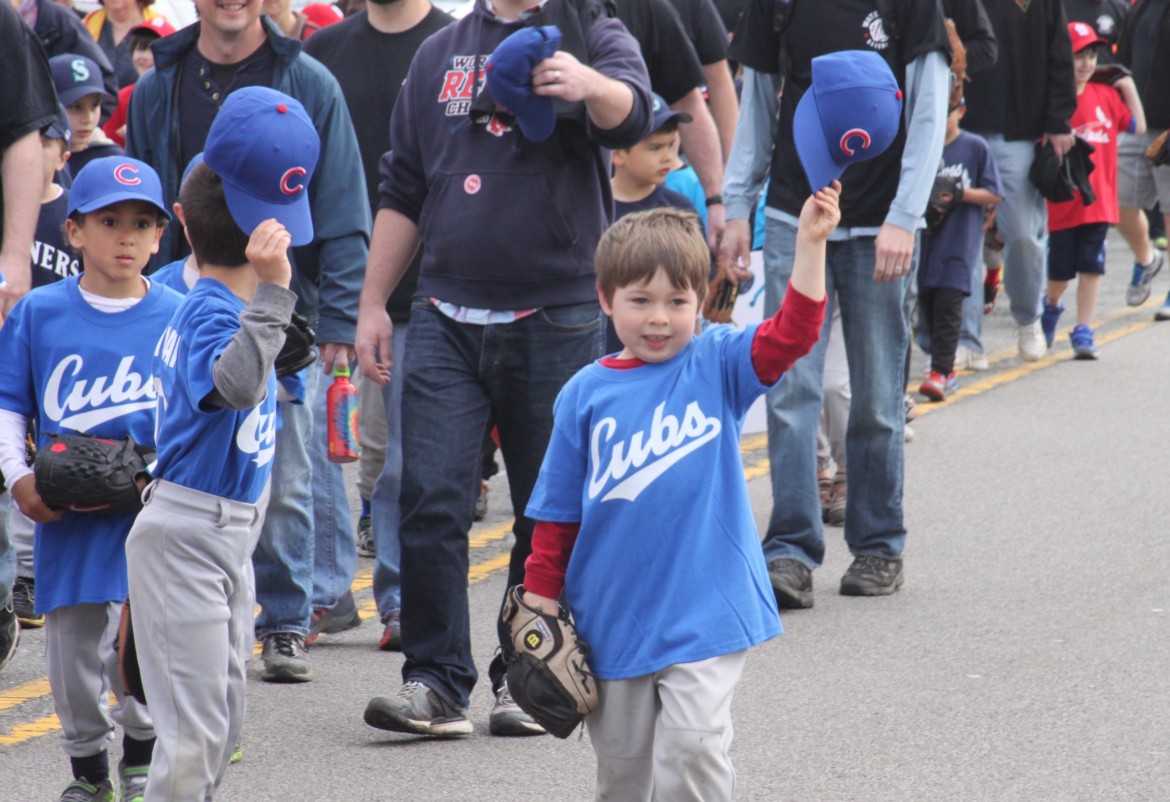 A parade of young ballplayers marched down through town to Casey Field Saturday morning for the opening day of Watertown Baseball and Softball.

The special guest at the ceremony was Watertown Fire Chief Mario Orangio. He recalled opening day back in 1978 when he was a player when the game was snowed out.

During the ceremony, Salvucci remembered the two Boston Firefighters lost in a fire in March, Edward Walsh and Michael Kennedy.

“Ed played on this field as a Little Leaguer,” Salvucci said.

The league will pay tribute to the two firefighters with a banner on the backstop at Casey Field and the U15 baseball team will have a patch on their sleeves with the initials of the two men. 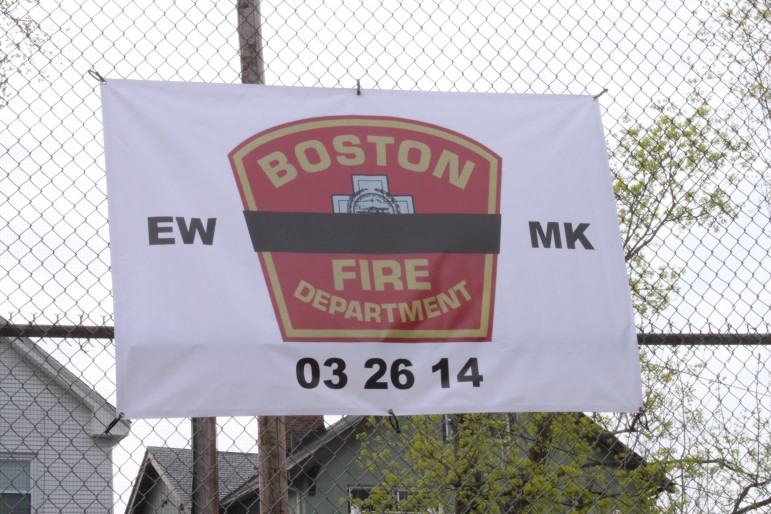 The banner honoring fallen Boston Firefighters Ed Walsh, a Watertown native, and Michael Kennedy will be on the backstop at Casey Field this season.

After the ceremony, Casey Field on Watertown Street hosted a full slate of baseball and softball games. 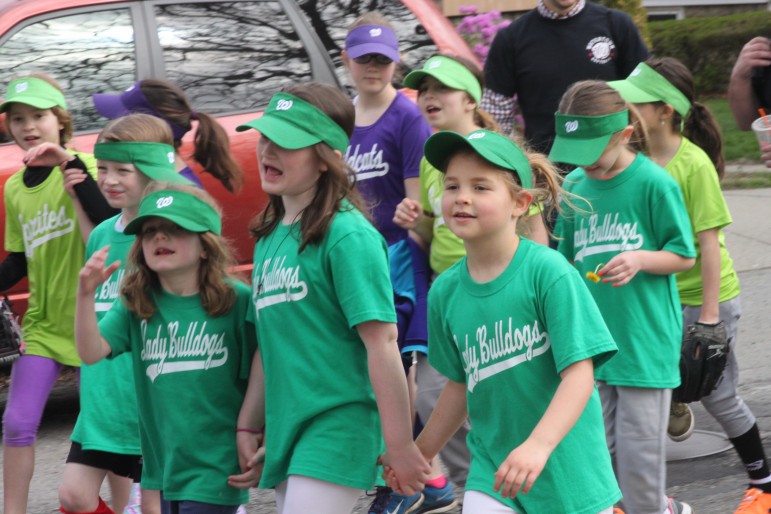 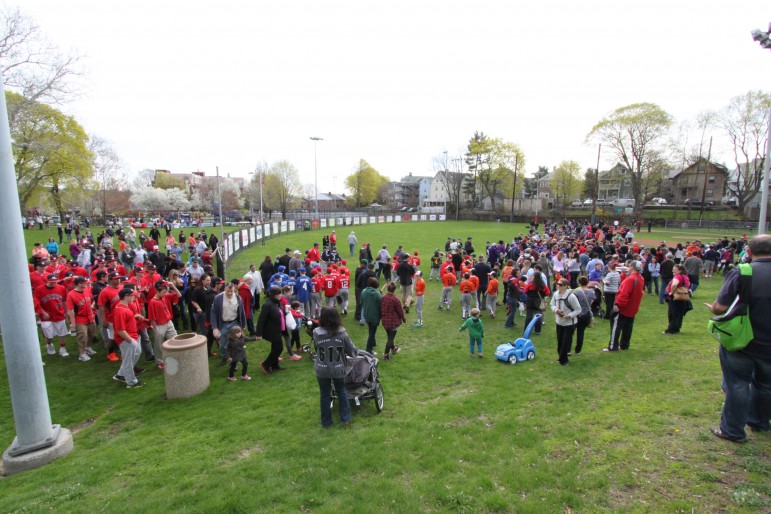 Players of all ages marched into Casey Field Saturday morning for Opening Day ceremonies. The rest of the day was filled with games.