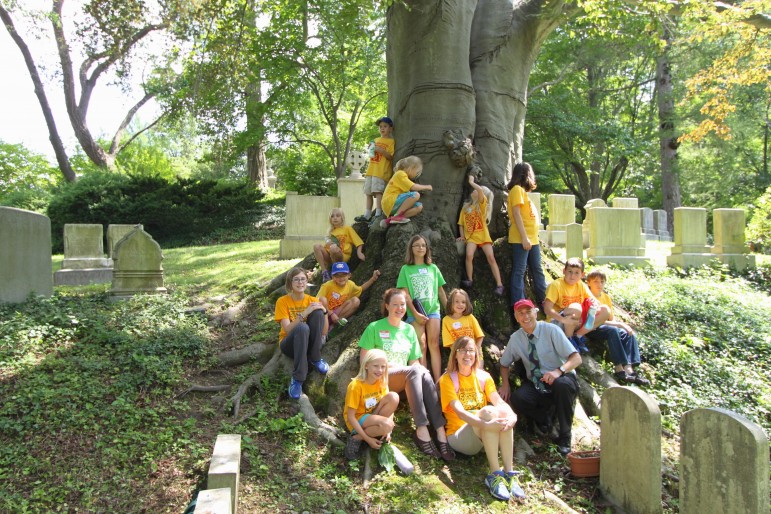 Campers from the Church of the Good Shepherd’s Vacation Garden Camp sit on the roots of a tree at Mount Auburn Cemetery.

Children at the Church of the Good Shepherd’s Vacation Garden Camp have been learning about nature, and what better place to do so than a place that boasts 5,000 trees – Mount Auburn Cemetery.

On Tuesday, a group of campers took a tour of the cemetery from Mount Auburn Cemetery President Dave Barnett.

The cemetery, which was created in 1831 and has over 700 species of trees. Barnett told the group of 14 junior counselors to look at the differences in the trees – such as the Norway Maple which has a trunk about 20 feet high before the first branches and the big, smooth leaves of the magnolia.

The weeping beech appealed to many of the kids, with its branches that drape down and form a shaded open area inside. One, which is about 75 years old, is large enough to fit the entire group. It dwarfed a weeping hemlock that Barnett had shown the group earlier. 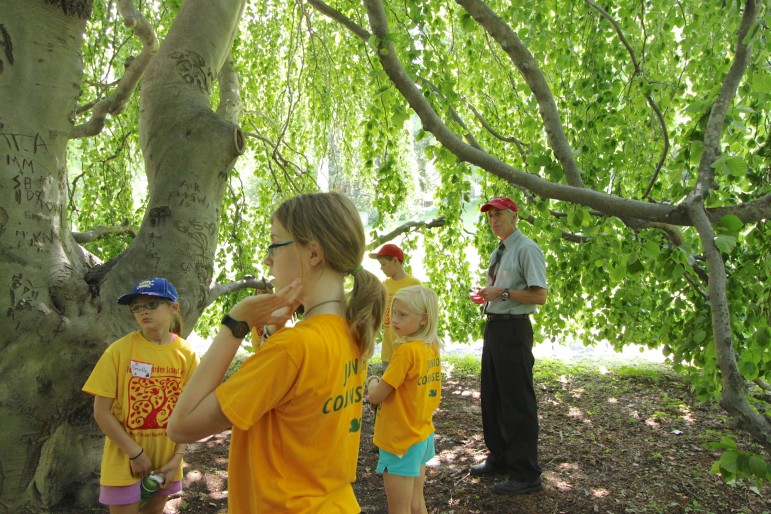 “This weeping beech is way better because of all the things inside, like a bird bath,” ” said a camper named Colin, referring to a pool of water that formed in the roots of the tree.

The cemetery is also home to many animals, and is particularly loved by birders. A few years ago a great horned owl made a nest in a honey locust tree, which features sharp spines coming out of its trunk.

“It is smart of them because of who wants to climb the tree with these spines,” Barnett said. 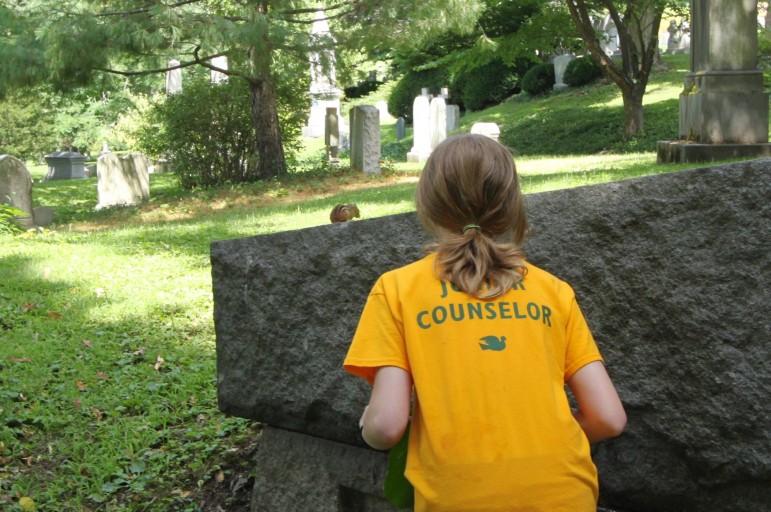 A camper from the Vacation Garden School spotted a chipmunk on one of the grave stones at Mount Auburn Cemetery.

The group ended the tour at a spot overlooking a vernal pool. Water fills the area each spring, and usually is empty by the end of the summer. It serves as home to one of the cemetery’s more rare and creatures.

The children got out paper and some water colors and painted trees of their own.

The Vacation Garden Camp, which is now in its third year, focuses on plants and nature, said The Rev. Amy McCreath, rector at the Church of the Good Shepherd and camp director. There are 28 campers – 14 older ones (junior counselors) and 14 younger ones.

“Each of the junior counselors has a buddy and they make sure they are safe and learning things,” McCreath said.

Each day has a different theme, with Monday being Water Day, Tuesday is Soil Day, Wednesday is Seed Day, Thursday is Animal Day and Friday is Harvest Day. 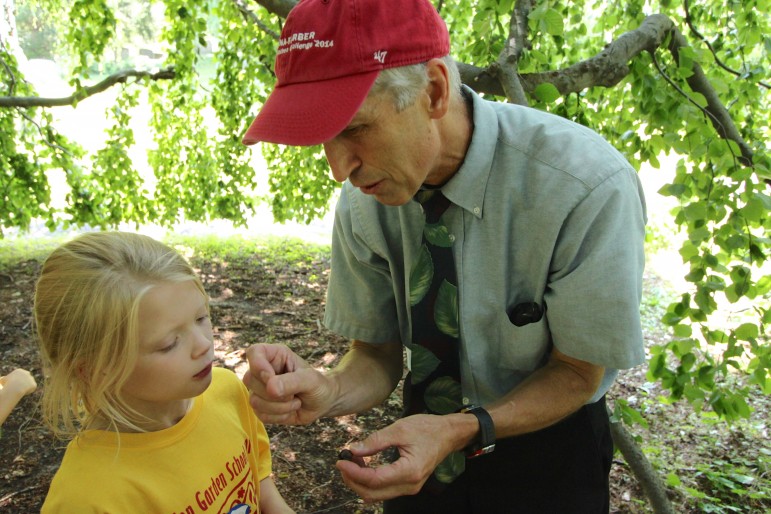 The campers work on a garden at the church.

“We each have a little plot in the garden and with our camper buddy we take a plot and garden on it,” said junior counselor Franny. “Las year I grew an eggplant. I ate it and it was good! I had never had one before.”

Another junior counselor, Becca, said her tomato plant grew so much it had to be stopped.

“We had to kill it because it was taking over the flowers,” Becca said.

The campers also like to have a bit of fun, Franny said.

“Every day after the (little) campers leave … we go to the garden and mix all the dirt together to make mud pies,” Franny said. “Sometimes we mush it on each other.”