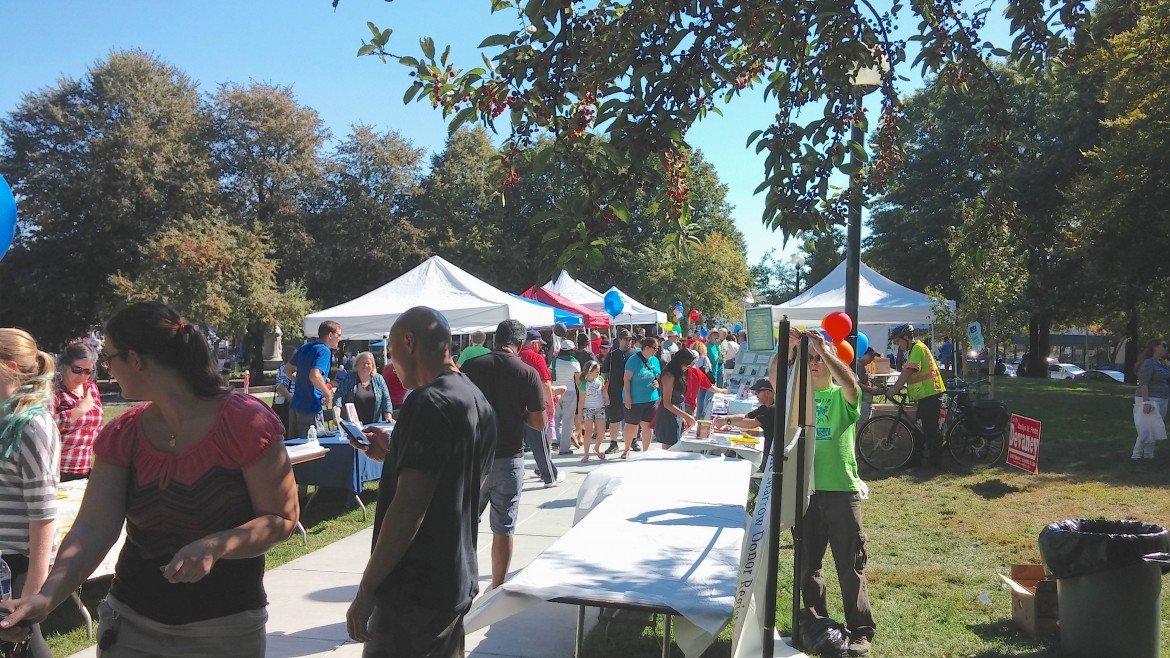 People checked out the stands on the path through Saltonstall Park at the 2014 Faire on the Square. 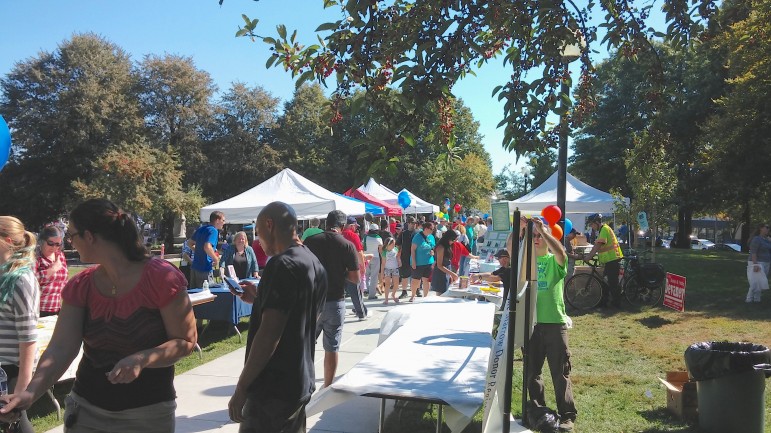 The Watertown Democratic Town Committee ran a straw poll at Saturday’s Faire on the Square to see people’s opinion on the four state ballot questions.

The majority of respondents also supported the repeal of the Massachusetts Gaming Act and opposed the repeal of the state’s gas tax, said Steve Owen, chairman of the Watertown Democratic Town Committee. Participants were asked to vote “yes” or “no” on the four questions which will appear on this November’s ballot.

Of 165 Faire-goers who participated, 69 percent indicated they would vote “No” on Question 1, which would repeal the state’s recently enacted gas tax.  Respondents overwhelmingly supported Question 2, the expanded bottle bill, with 77 percent voting “Yes” to a measure that would add a 5 cent deposit to water and juice containers.  Question 3, which would repeal the state’s 2011 Gaming Act, was supported by 66 percent of those polled. Question 4, which would guarantee earned sick time for all Massachusetts workers, was supported by a record 92 percent of respondents, according to the WDTC’s press release.

“This is the sixth year we’ve done a straw poll at the Faire on the Square,” Owens said, “and we’ve never before had anything poll as high as the earned sick time ballot question.”

The poll is not a scientific one, but Owens said the winners of the Committee’s straw poll have gone on to win in Watertown four out of the previous five years.

“We have a very good track record of reflecting the feelings of the Watertown electorate,” he said.  “We are particularly happy to see that the people of Watertown share our commitment to safe roads and bridges by opposing Question 1.”

The Watertown Democratic Town Committee also voted to take positions on three of this year’s ballot questions.  The committee officially endorses a “No” position on Question 1 and a “Yes” position on Questions 2 and 4.  Members of the Committee represent the Democratic Party at the local neighborhood level, promote the Party platform and work for the nomination and election of Democrats.

The Committee typically meets on the last Thursday of the month in the lower meeting room of the Town Hall.  The next meeting will be Oct. 30.  For more information, please contact watertowndems@gmail.com.