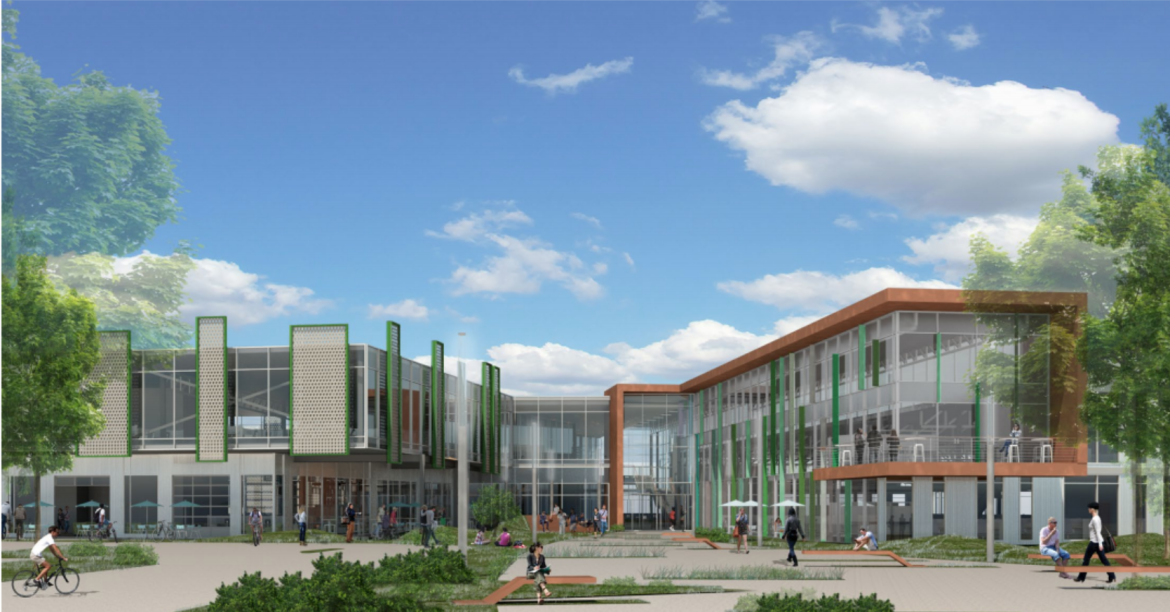 A view of what the office complex at 480 Arsenal Street, called Linx Watertown, would look like. 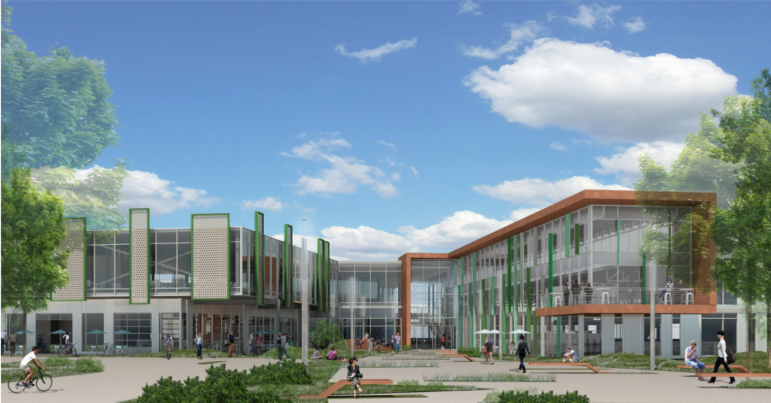 A view of what the office complex at 480 Arsenal Street, called Linx Watertown, would look like.

The renovation of the Verizon facility on Arsenal Street received approval from the Planning Board, but not without concerns for how the project would impact the nearby neighborhood of Coolidge Square.

The proposed project, called Linx Watertown, would have 185,000 square feet of office space, featuring a two-story atrium lobby with a cafe. It would have a significant amount of green space and would be located along the Watertown Community Path so developers hope it some employees will ride their bicycles to work.

Developer Boylston Properties also believes the location close to Coolidge Square will help attract companies, which they believe will relocate from areas such as Kendall Square in Cambridge and Rte. 128.

“Incredibly important to our project is our connection to Coolidge Square,” said Boylston’s Project Manager Jeff Heidelberg. “There’s personal services, there’s retail, there’s restaurants – it is an attractive area for our tenants to go for amenities.”

Another key to the success of the project, said Boylston Principal Bill McQuillan, is access to Coolidge Square through a gate on Nichols Avenue, near the intersection of Bigelow Avenue.

Residents worry that opening up the gate, which has been on the property for years but only used for emergency vehicle access. They say their neighborhood will get more traffic and the property could become a cut through for cars going to and from Arsenal Street.

Bigelow Avenue Diane Devlin said her street already has a lot of traffic.

“Although it is a lovely project, and we welcome it in many ways, we really oppose the gate. We call it a gate, but it is really a road,” Devlin said. “The way it is facing, it is driving traffic up Bigelow Avenue. It is already very congested, it is not a very wide street and there is parking on both sides. The gate has never been opened, even when BF goodrich was there.”

Traffic Engineers found that Bigelow Street gets about five cars a minute, currently, during the morning rush hour. The new project would add 69 cars during that time, or about one car a minute.

About half the vehicles would use the Nichols Avenue entrance, and the other half will use the other entrance at the end of the long driveway off Arenal Street. There will be a parking deck on the north side, near Nichols Avenue.

Planning Board member Jeffrey Brown said he would have like to see more renderings of what the garage would look like from different areas. Town Senior Planner Gideon Schreiber said new landscaping and a berm will block the view of the garage from Nichols Avenue.

The plan calls for cars entering the Nichols Avenue entrance from Bigelow Avenue or using Nichols by entering after coming from Arlington Street or leaving heading toward Arlington Street. This would take cars away from the residential neighborhood to the west and north of the project.

Other improvements will be made to help the nearby St. Stephen’s Armenian School. A speed table will be placed on Elton Avenue to prevent cars using that road to get to the property and go by the school. Similar raised areas have been built on Waverley Avenue near Watertown Middle School. Developers will also install “School Zone” signs at the intersection of Nichols and Melendy avenues.

There will be a gate at the Nichols Avenue entrance, but McQuillan said it would not be a key-card or guarded entrance. Instead it would open automatically when a car approaches.

The Arsenal Street entrance will not have a gate. Planning Board members wondered what would stop cars – especially those of other businesses on the driveway such as NESN and AT&T – from cutting through the parking lot to go to Nichols Avenue.

McQuillan said nothing would stop them, but they would have to make a series of turns, and go through the Linx parking lot.

The project would impact more than just the streets immediately around it, said East End Councilor Angeline Kounelis.

“Yes there have been some improvements, but not mitigation to the number of vehicles entering this location,” Kounelis said. “This is not just about Nichols and Bigelow. It is also about all of the streets that enter into this little area called Coolidge Square.”

Merchants in Coolidge Square would welcome the new project, and the new entry on Nichols Avenue. Don Levy, owner of the Deluxe Town Diner, said he likes the proposal, adding that the recently approved CVS will have more impact on traffic.

“This project is exactly what Coolidge Square needs and the town needs. do a lot of business but we need to do more business,” Levy said. “The CVS will have people driving up, shopping and driving away. CVS has a lot more traffic than what this project will have. This project will have wonderful office space, and plenty of parking for it.”

“This is the type of redevelopment we desperately would like to see in Watertown,” Corbett said. “The type of tenants they want to bring her would be beneficial on many levels.”

Councilor at-large Tony Palomba also supported the project, noting that it will add to the town’s tax base by improving the site.

The Planning Board voted 3-1 to recommend that the Zoning Board of Appeals approve the Special Permit required for the project. Member Linda Tuttle-Barletta voted against the project, but did not comment on why she made her vote.

The project must get final approval from the Zoning Board.