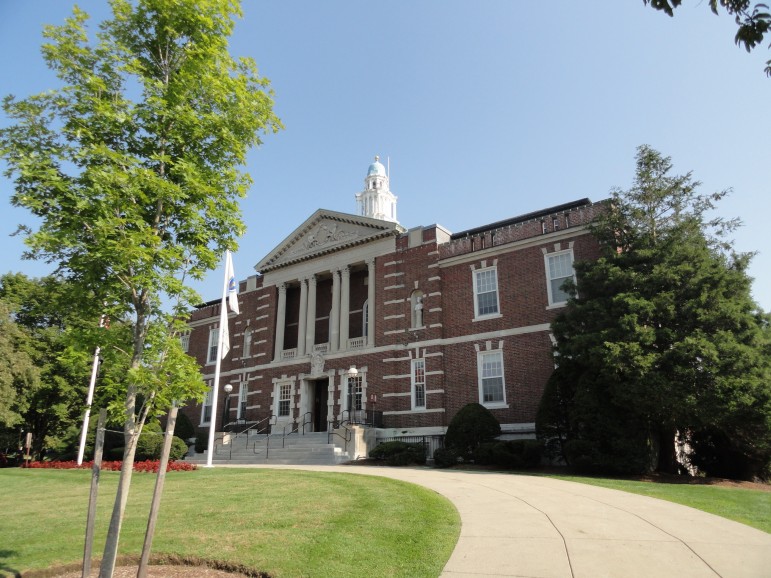 As the Department of Public Works officials upgrade streets and sidewalks around Watertown, they look to add a little green with a planting strip along the edge of the sidewalk, but many of these have become mud pits and bare earth.

The Town Council’s Public Works Subcommittee seeks to prevent this from happening. Along with adding some green to Watertown’s streets, they also soak up water during rain storms which avoids sending it into storm sewers, said Public Works Superintendent Gerald Mee.

Subcommittee Chairwoman Cecilia Lenk said she takes care of the planting strip in front of her home and has kept it green, but she acknowledged it is not easy.

“I am an avid gardener but it is really a lot of work,” Lenk said.

She also acknowledged that the planting strips are not popular with some residents and property owners.

“People need to embrace and take care of them,” Lenk said. “Some people do not like it because they are not really their property.”

When the strips are not maintained they can go one of two ways. Planting strips will remain brown dirt patches, or they might sprout weeds that can grow a few feet high. Recently a strip on Arlington Street had to be cut after a postal carrier could complained that the sidewalk was impassable.

Prentiss Street resident Chris Thompson said he would be in favor of the planting strips, but some look bad in his area. Often they get ruined by cars parking on them, because it is a narrow street, he said.

“If it improved property values I would be in favor of it, but it seems to have the opposite effect,” Thompson said. “Most have high weeds and it looks like a bad neighborhood in other towns.”

The committee members agreed that having curbs, whether granite or asphalt, largely prevent people from parking on the sidewalk. Adding them can be expensive, however, said Council Vice President Steve Corbett.

Mee said the DPW looks to add curbing when possible, but some roads are not well suited for them – especially when the road is at the same level as the sidewalk.

An option for green strips is using “X blocks” which are mason bricks that have an X pattern which allows grass to grow in the spaces between the Xs.

However, some people see the X blocks as an invitation to park their car on the strip, Mee said. They also only allow about 50 percent of the storm water to percolate into the ground.

Councilor Susan Falkoff, who attended the meeting but is not on the subcommittee, said that she did not take care of the strip in front of her house when it went in, but would have if the DPW had left instructions for how to do so.

Another key to getting the green to sprout in the strips, Mee said, is the quality of the seed.

“We go in with rye grass which, to be honest, is not a great product,” Mee said. “We at the DPW need to upgrade our seeds.”

Lenk said she wants to make sure people know they are responsible for taking care of the green strips in front of their homes. She made a motion to have the DPW draft a letter to go out with the property tax bills to let people know that they are expected to maintain the planting strips and that they should not park on them.

The subcommittee voted 3-0 to approve the motion.

The committee also voted to have the DPW send out instructions about how to care for the strips to make sure the grass grows when a new strip goes in.