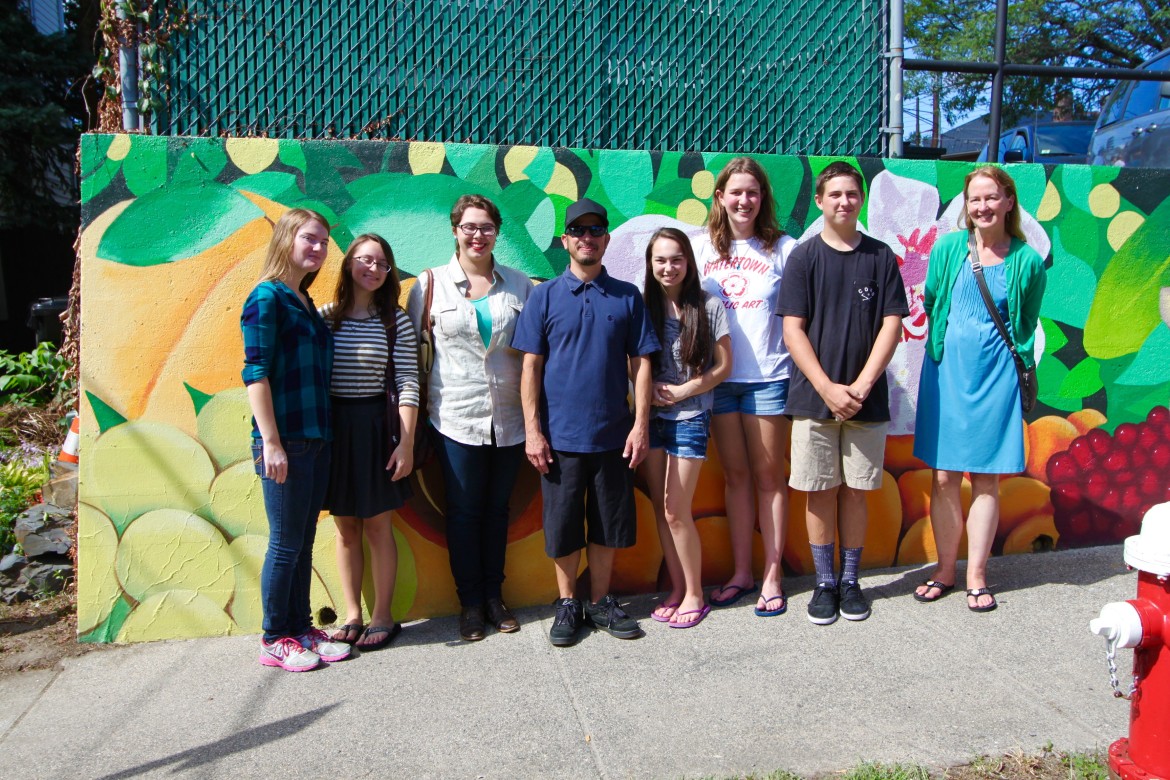 Some of the student artists who painted the mural "Seeds of Change" in East Watertown, with artist Gregg Bernstein, center, and Watertown High School art teacher Donna Calleja. 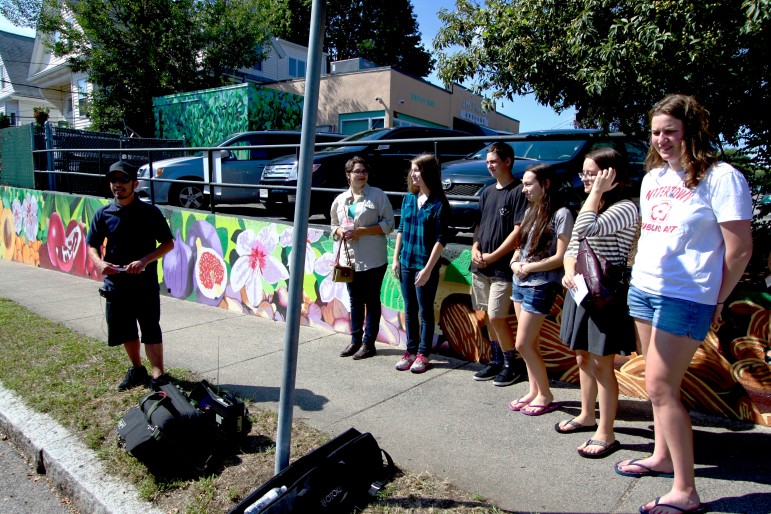 Standing next to the new mural in Coolidge Square are artist Gregg Bernstein, left, and some of the Watertown High School students who created the piece.

A brightly colored mural now adorns a wall on Mt. Auburn Street. Called “Seeds of Change,” it features fruit, vegetables, flowers and other items that can be found in markets and stores around Coolidge Square.

On Saturday, members of the Watertown Public Arts and Culture Committee hosted a celebration for the mural, which was painted on a wall next to Uncommon Grounds, at the corner of Melendy Avenue and Mt. Auburn Street.

Artist Gregg Bernstein, who designed the mural and mentored the students’ work on the project, said the artists faced tough conditions, with temperatures in the 90s many days.

“I am proud of what you accomplished,” Bernstein said. “You will go on to accomplish great and amazing things.”

This is the third mural created by Watertown High School students. Unlike when they created the first two, the teens explored the neighborhood and learned about the shops and people surrounding their piece. 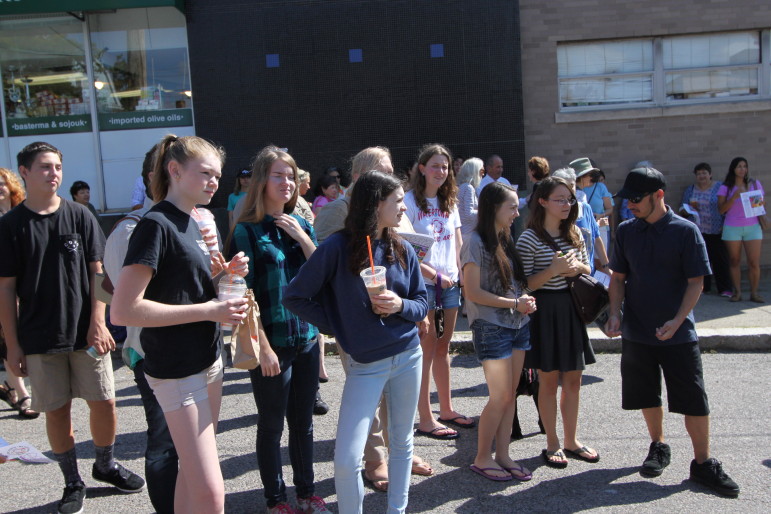 Along with painting the mural, the students also interviewed business owners in Coolidge Square. WHS senior Emily Hart wrote a blog about the student artists’ experience this year.

“I never really visited Coolidge Square before,” Hart said. “I was surprised to learn about all the unique businesses here. All have a unique history. Some have been around for over 40 years, and some are new and opened just this year.”

Along with the mural, the students also painted a couple of utility boxes in the area, and put up wood cutout fruits and vegetables in businesses around Coolidge Square.

Deb Peterson, a member of the Public Arts and Culture Committee, said the students were welcomed by the businesses and the neighbor.

“They received a spontaneous donation of lemonade from some local kids,” Peterson said.

Eastside Town Councilor Angeline Kounelis said the images remind her of shopping at the original Kay’s Market, which sat across the street from the location of the mural – on the wall next to Uncommon Grounds at Melendy Avenue and Mt. Auburn Street.

“This is the Coolidge Square we grew up in and love – and all the newcomers will grow to love,” Kounelis said.

East Watertown native John Airasian provided a history of Coolidge Square, and sprinkled it with his memories of growing up there (click here to see his remarks). He called it a classic immigrant story.

“When you drove into Coolidge Square you could smell the lahmejunes from Aintab, the bread from Euphrates and hear the Armenian music Armen Vahe’s. Armenian businessmen all working hard, most with their wives beside them,” Airasian said. “Those were good days, days that never leave you. That was the beginning of the Middle Eastern character of Coolidge Square. That today is known and cherished throughout the Greater Boston Area.” 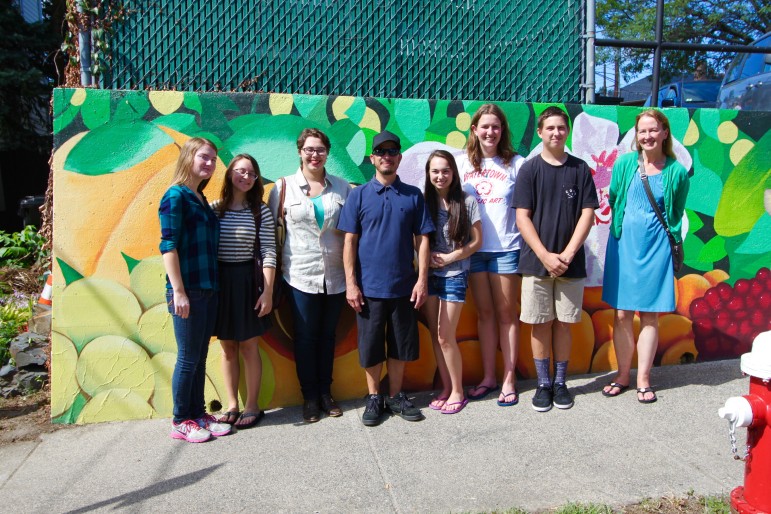 Some of the student artists who painted the mural “Seeds of Change” in East Watertown, with artist Gregg Bernstein, center, and Watertown High School art teacher Donna Calleja, far right.

So did Watertown Savings Bank, the Watertown Community Foundation, Dunkin Donuts, Toyota of Watertown and Lexus of Watertown, and John Airasian. Supplies were donated by Sherwin Williams Paints, Home Depot and Sterritt Lumber.