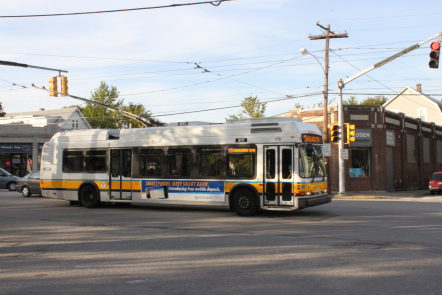 The buses that serve Arsenal Street are overloaded at peak times, and are delayed by traffic gridlock in Watertown Square and going over the bridge into Brighton.

These are a couple of the findings of a study of Arsenal Street currently being done by the Massachusetts Department of Transit (MassDOT) in an effort to improve the corridor that will add many more jobs, housing units and retail stores in the next several years. The area is served by the MBTA’s 70 and 70A buses.

The Arsenal Street Corridor is served by the 70 and 70A buses and includes 5,710 residents, 2,740 households and includes 6,630 jobs, according to the study.

The study looked at commuting patterns, and found:

In prior public meetings about the area, many have complained about crowded buses and transit running behind schedule.

Traffic delays and areas of high accident rates were found at either end of Arsenal Street – Watertown Square and the bridge into Brighton.

The Arsenal Street/Arlington Street/Coolidge Avenue intersection (near Home Depot) gets an F grade in the morning and D in the evening. The Arsenal Street intersections at Greenough Boulevard and on the other side of the bridge in Brighton get F grades during both evening and morning rush hours.

Crash clusters were found in Watertown in Watertown Square on both sides of the Charles River. Also at three intersections along Arsenal Street: at Greenough Boulevard, at Elm Street and at the main entrance to the Arsenal Mall.

The next public meeting is planned for the Summer of 2016.

For more information got to www.mass.gov/massdot