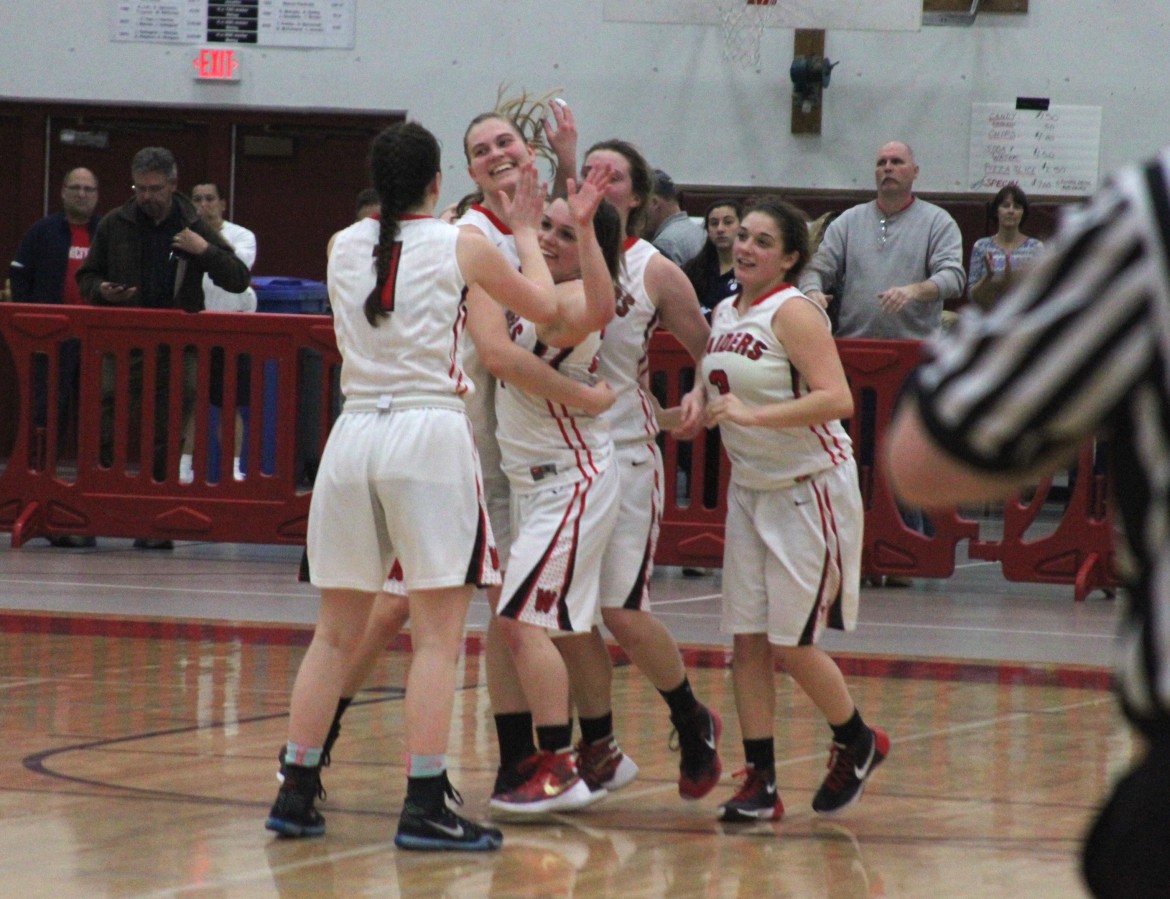 WAKEFIELD – The Watertown girls basketball team had to be on its game to defeat Triton Regional. The Raiders prevailed 43-29 in the MIAA Div. 2 North Section semifinal Wendesday night in Wakefield.

The normally high scoring Raiders (19-3) were held to 16 points in the first half, but still held a six point lead.

In the second half, Triton stayed within reach of Watertown. Late in the third quarter, with the Raiders up only six, junior center Shannon Murphy grabbed an offensive rebound, laid it up for two points and was fouled. She completed the old-fashioned three-point play to put the Raiders up nine.

“Shannon did a great job attacking, going strong and then pump faking and finishing strong,” said Waterotwn Head Coach Patrick Ferdinand. “She really was a force. She did a phenomenal job.”

Murphy lead the Raiders with 16 points, and senior forward Katelyn Rourke added 10. Watertown also got some key baskets from senior forward Felicia Korte, who ended up with eight points. 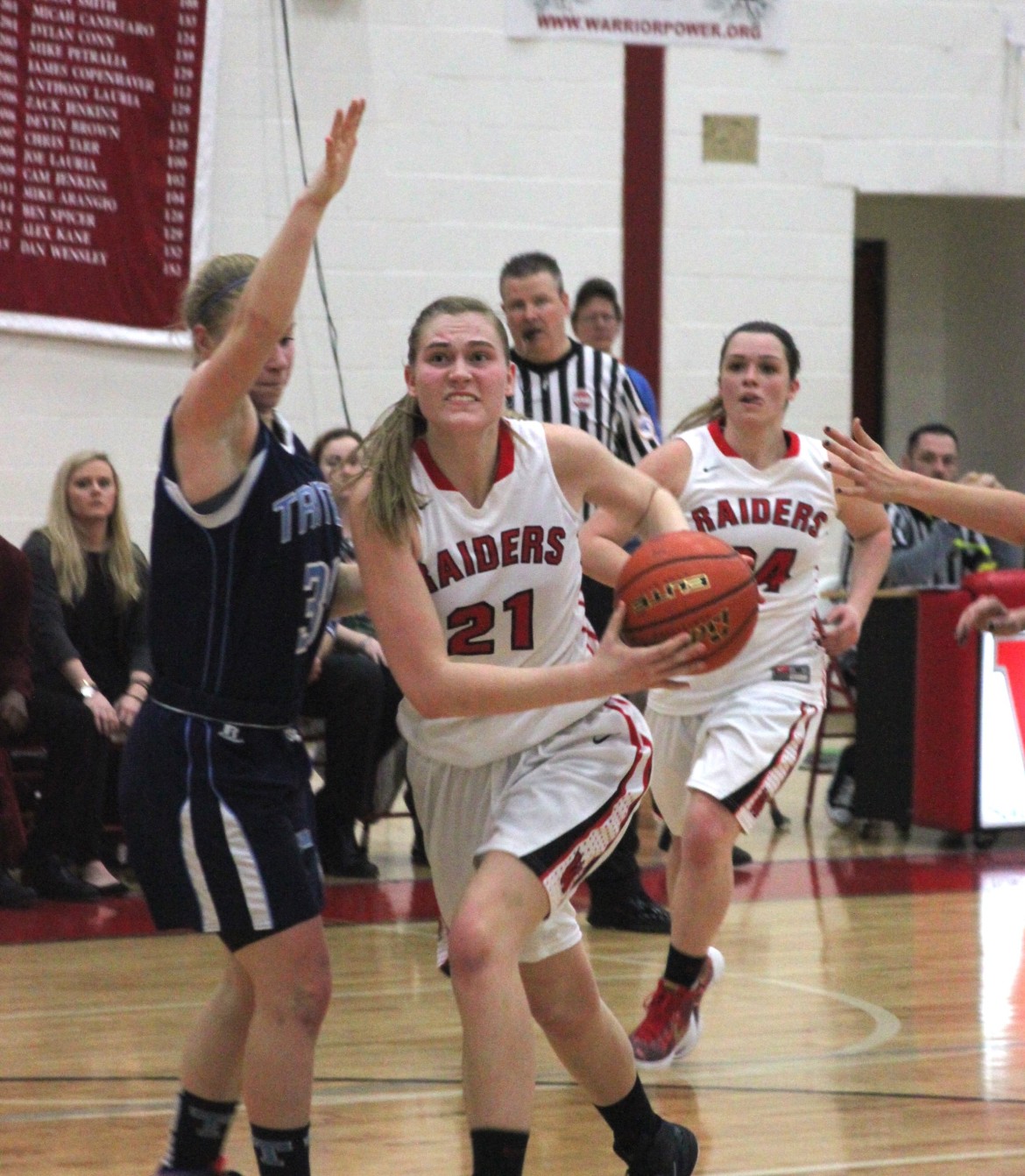 Watertown junior center Shannon Murphy drives to the hoop against Triton. She finished with 16 points in the Section Semifinal victory.

The third quarter ended with Triton hitting a buzzer beating layup to bring the score to 29-24 Watertown. The teams traded baskets in the fourth quarter, and with Triton within five points, Korte hit a three pointer with just under four minutes left. The Vikings scored to get within six, but then the next trip up the floor Korte drained another trey to put Watertown up nine.

Watertown pulled away and hit its free throws to extend the lead to 14 at the final buzzer.

With the top seed taking on the 13th seed, the matchup appeared to be lopsided, but Ferdinand knew better than to take the Vikings (12-11) lightly. Triton already upset fourth seed Pentucket and fifth seed Swampscott.

“I’ve seen enough film with coaches playing Triton and they are pulling their hair off their head,” Ferdinand said. “I said I can’t let myself get to that point – I don’t have enough hair. So, I have got to make sure I am level.”

Ferdinand told his player to be patient. He was a bit frustrated by the way the team rushed shots early in the game, but they turned it around.

“Katelyn (Rourke) had some great decision making,” Ferdinand said. “She rebounded tough and played tough defense. When Felicia (Korte) got in foul trouble early, Katelyn was able to do a great job on (Lafrance).”

Watertown’s win sets up a date with rival Belmont (14-9) in the North Section Final on Saturday at 7 p.m. at Woburn High School. The Marauders have already upset second seeded Newburyport and three seeded Arlington Catholic. Belmont, the 10th seed, beat seventh seeded Marblehead in the preliminary round of the tournament.

The Raiders beat the Marauders 46-34 at Belmont in their lone regular season meeting. Last year, the two teams clashed in the section semifinal, which Watertown won 49-40, but Belmont went on an 11-2 run to come within six points with a minute left in the game.