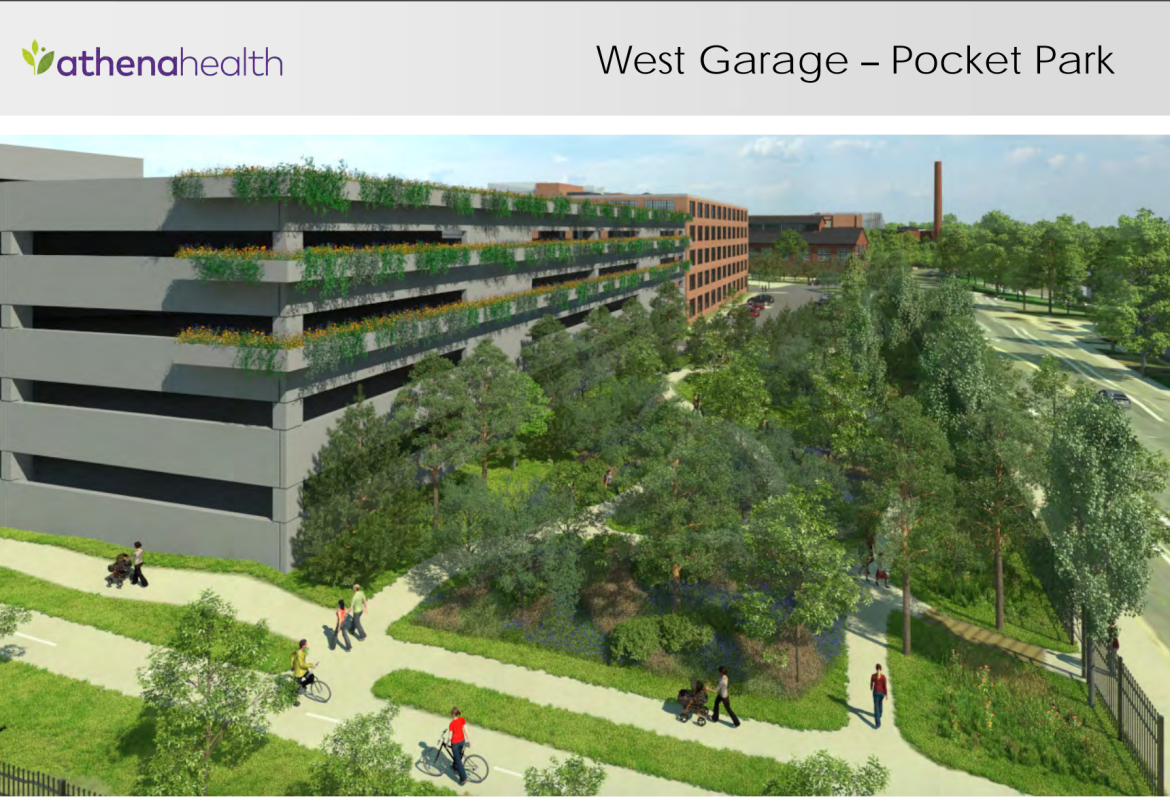 A view of the new proposal for the parking garage on the west side of athenahealth's campus, including a pocket park. There is now more space between the road and the garage.

A view of the new proposal for the parking garage on the west side of athenahealth’s campus, including a pocket park. There is now more space between the road and the garage.

Athenahealth and residents met for round three of discussions about the company’s plans to redevelop its Arsenal Street headquarters Tuesday night.

The company presented its modified Master Plan to redevelop it’s Arsenal On the Charles headquarters at the Coolidge School Apartments complex.

Michael Crowley, vice president of athenaEnvironment said that zoning requirements mandated the setback from the parking garage and the street be a minimum of 25 feet, but Athena increased the setback to a total of 88 feet.

The additional space will be used to create a “pocket park,” to create a buffer between the street and the garage Crowley said.

Many of the changes were designed to satisfy previous complaints made by residents during the previous two information sessions and with discussion with town officials, Crowley said.

“These are a direct result of the conversations we’ve had both with the community, with town departments, and as well as the town’s consultants,” Crowley said.

Crowley said that feedback he received during the meeting would be used to craft Athena’s formal proposal to the town.

“We’ll take that information and continue to refine the material that we’re developing for what will become a formal submission to the town at some point over the next couple of months, Crowley said. “That submission will then trigger another series of public conversations.” 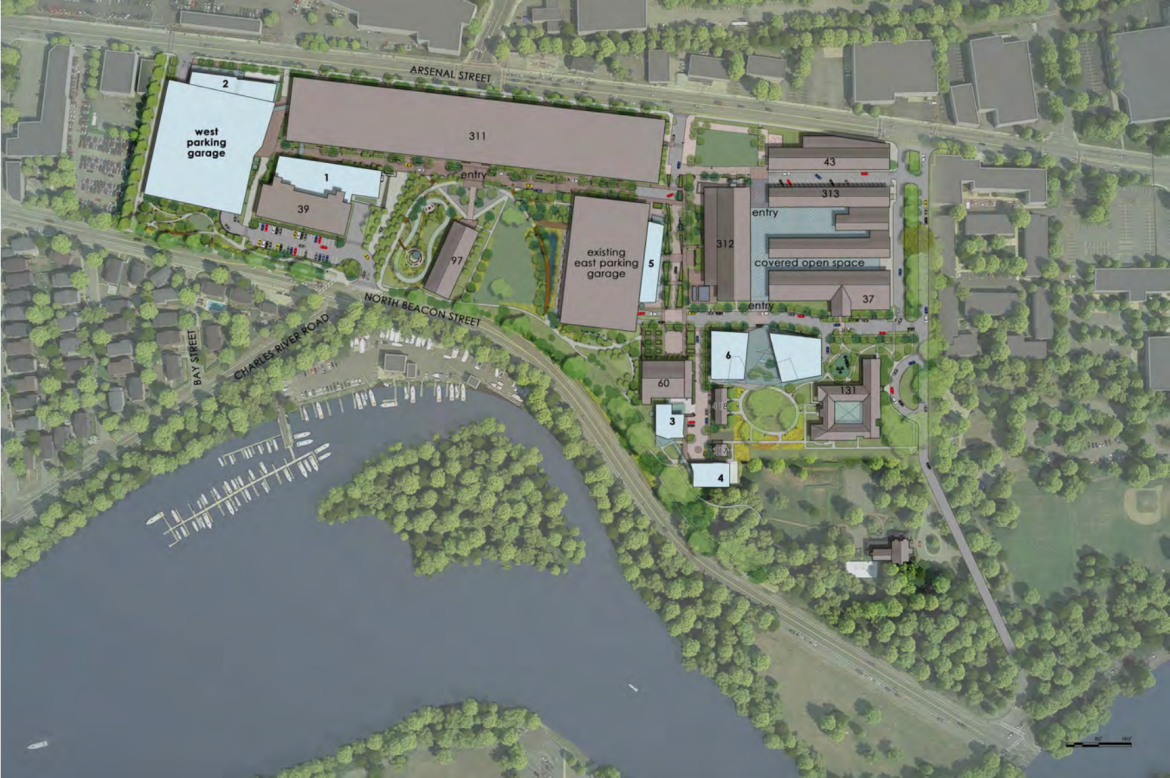 An overhead view of the latest plans for the athenahealth campus renovation.

And residents weren’t shy about providing that feedback.

Jonathan Bockian said he had questions about the traffic impact analysis which was conducted as part of the project. He said he had submitted his questions via email about two months ago, but never heard back.

“If you had answered then I wouldn’t have to ask them all now,” Bockian said. “And I would have that information to be able to appreciate what you’re saying.”

Bockian asked his questions again during the meeting. Crowley said he would take down Bockian’s questions and pass them along, but said he couldn’t answer them until the traffic study was completed.

“Once the traffic plan is completed you say we’re going to get to look at it, but I think one I think once we get to look at it there’ll be a lot of questions,” Palomba said. “So I’m just making a recommendation for your consideration that the next public meeting focus primarily on traffic and parking.”

Maureen O’Sullivan said she didn’t like the aesthetics of Athena’s proposed building six on the east end of the campus.

“It just doesn’t fit in, it doesn’t blend in,” O’Sullivan said. “It’s too futuristic looking, it looks like something out of a science fiction movie. It doesn’t really comply with their earlier statements that they were going to respect the tradition and historic aspect of the place.” 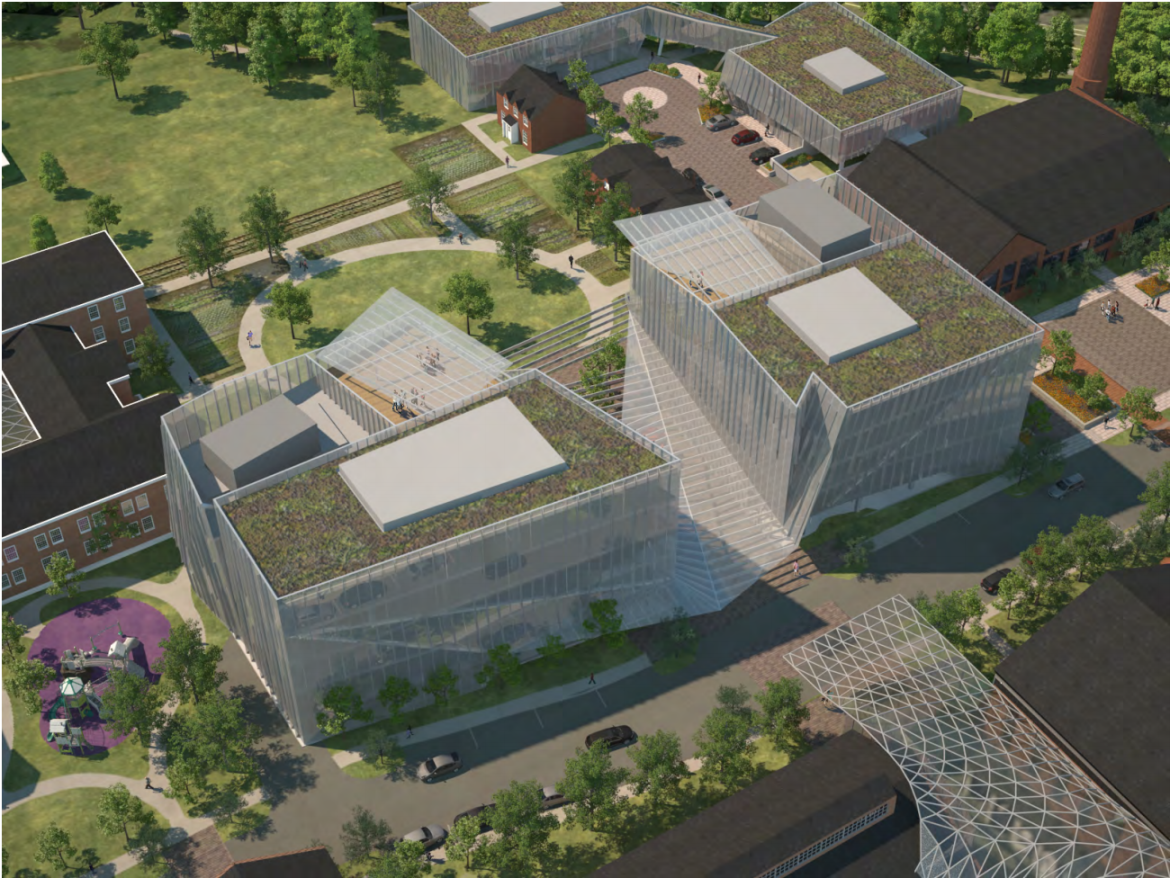 A drawing of the proposed Building 6 office building planned as part of the renovation of the athenahealth campus at Arsenal on the Charles.

Russell Avenue resident Robert Shay, used to serve on the board member for the Arsenal Center for the Arts, and said though he has a close connection to the area, he is still excited about Athenahealth’s proposal.

Though he said he has a close connection to the area, he’s excited by what Athenahealth is proposing.“I’m really pleased,” Shay said. “I think the town has done a really thoughtful job nurturing the development and brining the development process forward. It’s going to be a major upgrade, so I’m impressed.”