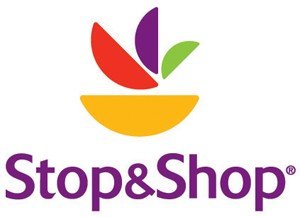 When Steve Farley became the store manager at the Pleasant Street Stop & Shop, he made one of his goals getting the store more involved in the community.

Farley has been managing grocery stores for decades, since 1995 with Stop & Shop. He is not stranger to Watertown. He used to manage the other Stop & Shop in town (on Watertown Street) when it was a Heartland Foods in the 1980s.

He saw one troubling thing when he started working at the Pleasant Street store.

“When I came here six months ago our surveys said our customers don’t think we are a strong part of the community,” Farley said.

Farley joined the Watertown Belmont Chamber of Commerce, and he is looking for ways to help out. Stop & Shop can provide donations for local groups, Farley said.

“We will give anything they need, as far as food and refreshments,” Farley said. “Any group that wants help, we are happy to help out – schools, chamber events, community groups.”

Farley said he considers the store’s region to be not just Watertown and Waltham but also Newton and Belmont.

Stop & Shop has a long tradition of working for charitable causes. The store raises money for the Jimmy Fund each June and this year will be selling coupon books to raise money. Over the years the company has raised $2.5 million and built the Stop & Shop Pediatric Brain Tumor Clinic, Farley said. Corporate-wide, Stop & Shop also helps the Massachusetts Food Bank, and the United Way.

The store also does it part locally.

“When I arrived we were already a partner with the St. Patrick Food Pantry,” Farley said. “During the holidays we filled 300 boxes of food and donated them to St. Patrick.”

The store also is providing food and drink for the All-Night Party at Watertown High School for the Class of 2016 on their graduation night. This spring, the store helped out with the Charles River Watershed Association’s Earth Day River Cleanup, Farley said.

“We had eight volunteers and made a food and water donation,” Farley said. “They pulled a lot of rubbish out of the river. They found a demolished bathroom.”

The also store opens up its conference room to community groups free of charge.

Groups seeking donations or to use the conference room can contact Steve Farley at 617-923-3007.