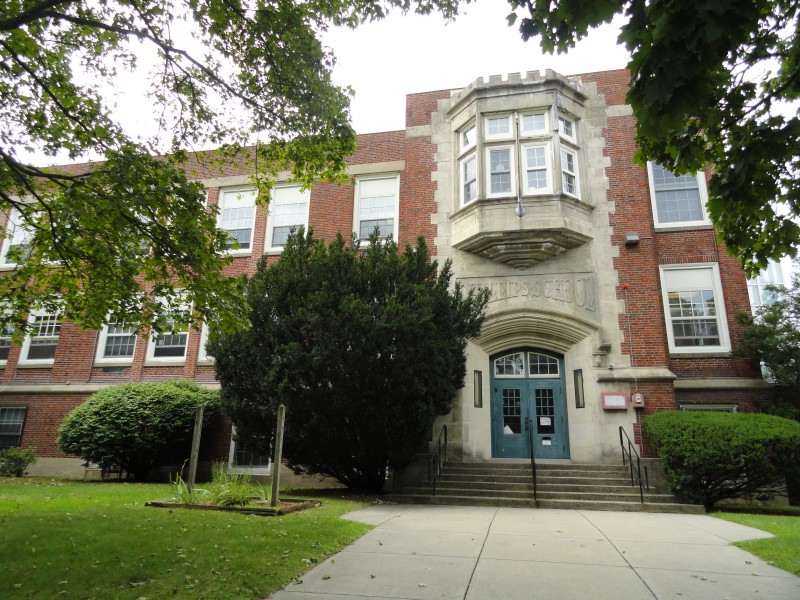 The Phillips School will have classrooms renovated to help relieve overcrowding at other schools in town.

The School Committee approved a plan to deal with the overcrowding facing Watertown’s elementary schools next school year. The plan has fewer moves of classes from school to school, but creates less breathing room, so a district registrar will determine where new students are placed.

The plan, the third presented by Superintendent Jean Fitzgerald, was approved by the School Committee on Monday night at their second meeting in two weeks.

The only class moving out of its school is an Early Steps Integrated Preschool, which moves from Hosmer School to the Phillips Building. Room will also be created by other moves including:

• Combining Learning Support programs at Cunniff into one room

• Making the Computer Room at Lowell into a classroom

The district will hire a full-time registrar to control enrollment as new students come in to the district.

The School Committee approved the plan 6-1, with Candace Miller opposing it.

Most School Committee members praised the plan, and Superintendent Jean Fitzgerald for reacting to the concerns and desires of Watertown parents.

“I am grateful to the superintendent for coming forward with a third plan,” said School Committee member Eileen Hsu-Balzer. “I am grateful she is trying to make a decision that is fair for everybody and not a political decision.”

Town Council President and School Committee member Mark Sideris also thanked Fitzgerald, but he also apologized to parents and the community for the communication problems.

“I am here to apologize on my behalf. I think we need to do a better job,” Sideris said. “The community, if it had the chance to consider the other plans, it might have had more buy in or and opportunity to change the plans.”

The plan is the “easiest to vote for and least disruptive,” said School Committee member Candace Miller, but she still worries about whether it solves the problem of overcrowding.

“This creates almost no space,” Miller said. “I have serious concerns what we do if we get a whole bunch of students in grades that are just about full.”

The rules for where new students will go have not been decided yet. The School Committee approved a request to Fitzgerald to hold off on placing students who come into the district during the summer until near the end of the summer.

One proposal has been to close registration for Cunniff School. Hsu-Balzer said that concerns her because that enrollment area is one of the areas where a lot of new students are moving. It is also on the west side of town, and student may have to go to Hosmer in the East End.

The Policy Subcommittee will meet over the summer to come up with rules for how to place students.

Cunniff parent Jim Cairns asked the School Committee to include maximum recommended class sizes in the policy and follow that when placing students.

This plan deals with the problem for the 2016-17 school year, but not for later years. A School Facilities master plan will be created next year, and a steering committee – made up of School Committee members, Town Councilors, school and town officials, and parents – will meet over the summer to discuss how Watertown will deal with growing schools.

The Steering Committee’s first meeting is Wednesday, June 15 at 6 p.m. on the third floor of the Phillips Building, 30 Common St.