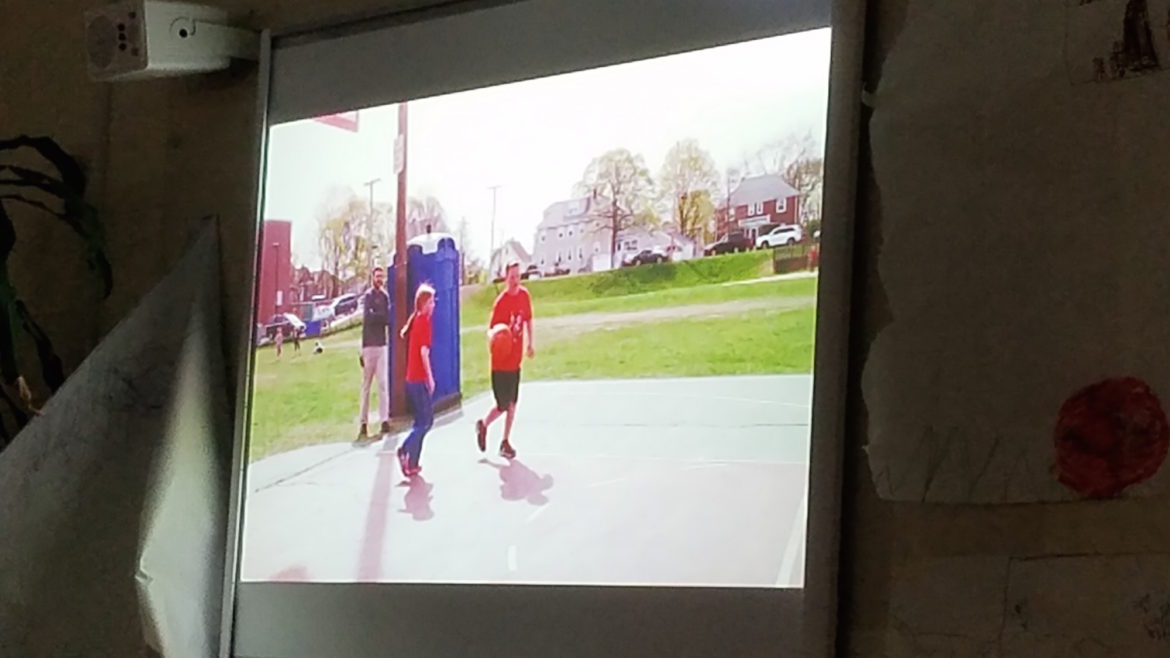 Members of the Lowell Extended Day program made their own films, which will be features at the Boston International Kids Festival.

Members of the Lowell Extended Day program made their own films, which will be features at the Boston International Kids Festival.

The darkened Lowell Elementary School library flickered last week as a group of students intently watched a set of short films – films made by and featuring themselves.

A group of students in the Lowell Extended Day Program spent one day a week over the last several weeks learning about filmmaking and creating their own shorts. The worked with a teacher from the Filmmakers Collaborative. These films will be included in the Boston International Kids Film Festival in this fall.

“It was cool,” Titterington said. “It was really fun to create and make a film.”

Students had different roles in the production.

“I was in the one with the ghost principal (called Disappeared),” said fifth-grader Cecelia Maillis. “I was mostly just acting in it.”

Just a few minutes long, the films had a story, included some special effects and one started in black and white before changing to color.

Some of the effects were more homemade that high tech, such as when the alien’s spacecraft was discovered and rose up by having students stand under a tarp and push it up by hand.

Students not only learned about shooting the film, but also wrote the scripts, acted, and edited them.

Their instructor, recent Tufts University graduate Sofia Augustine-Adams, had worked with undergraduates and she heard about the program at Lowell from a professor and gave it a shot.

The students did not know much about editing a film before entering the course, but they learned how to use the Adobe Premiere software to edit and add special effects.

“At first there was steep learning curve but they caught on,” Augustine-Adams said. 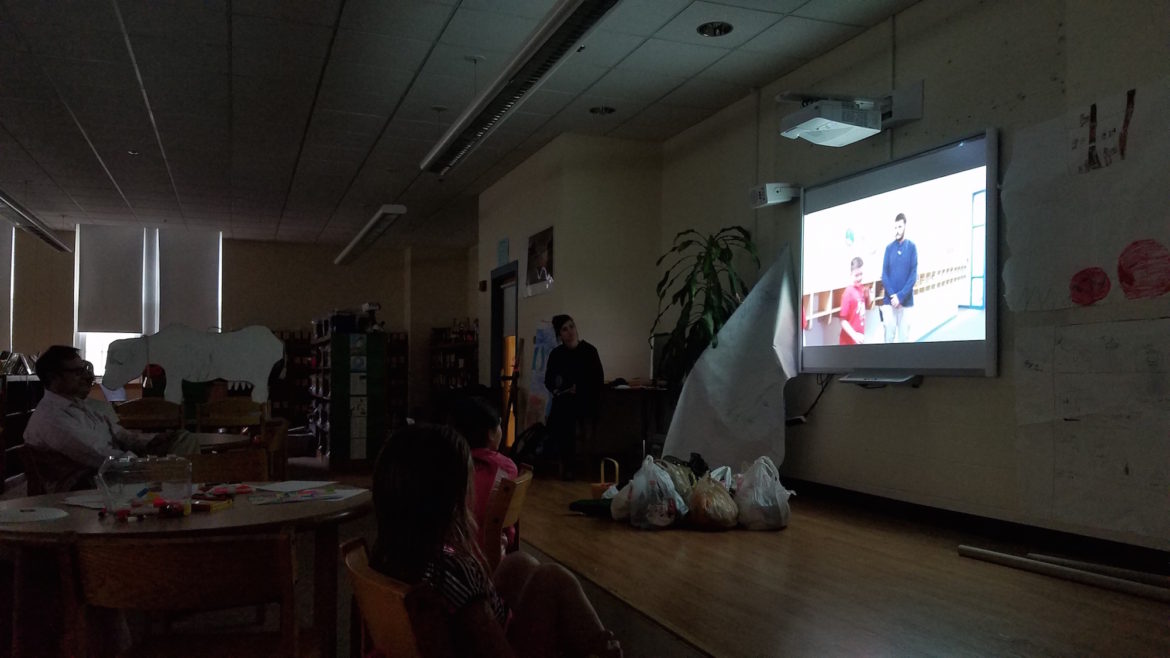 Lowell students watch their films at the library last week, but in November they will be shown at the Somerville Theater.

The Filmmakers Collaborative has offered programs in the summer for middle and high school students, but this was the first time they worked with elementary school students. Steph Mills, a Lowell parent and associate director of the Collaborative, wanted to bring it to her children’s school. She was pleased with the results.

“These guys did really well,” Mills said. “I live in Watertown and I wanted to bring it to Watertown.”

The films made at Lowell will be part of the Boston International Kids Film Festival, which will be held at the Somerville Theater from Nov. 4-6. The occasion has a bit of a Hollywood premiere atmosphere.

“They can come with their family,” Mills said. “It’s a red carpet event. They really enjoy having their photos taken on the red carpet.”

When asked if she would be going to the Kids Film Festival, fifth-grader Emma Devoy said, “I hope so!”

Students interested in learning how to make films can take part in summer programs offered by the Filmmakers Collaborative, including a session in Watertown.

Together, the group will write, shoot and edit a film in a genre of their choosing.  Campers will learn to edit their films using professional editing software like Adobe Premier, according to the Collaborative.