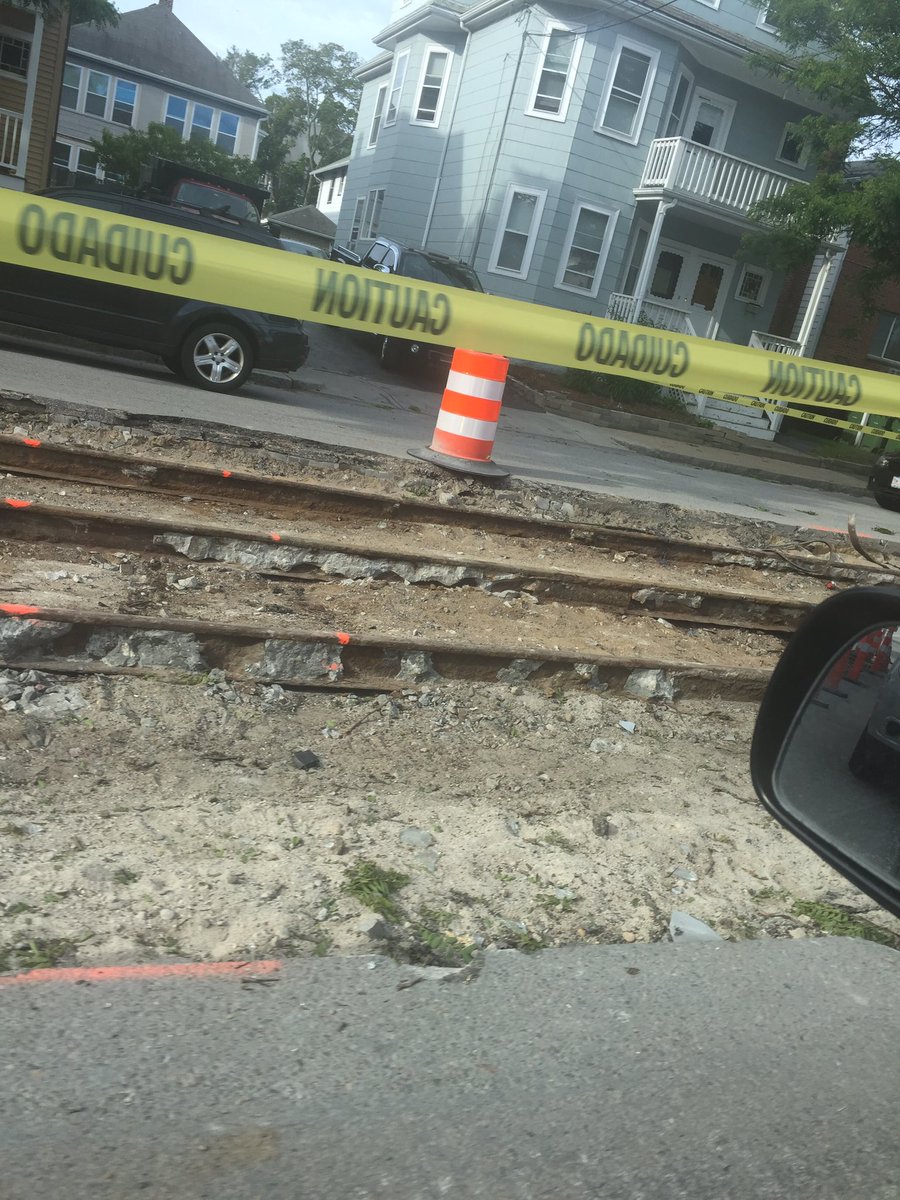 Old trolley tracks were discovered during roadwork on Arsenal Street this week.

Old trolley tracks were discovered during roadwork on Arsenal Street this week.

A construction crew doing work along Arsenal Street found something surprising under the roadway – abandoned trolley tracks from days gone by.

Watertown News reader Rachel Jacobs photographed the rails as she drove along Arsenal Street on Thursday. The rails had been paved over and were left from a defunct trolley line that linked Watertown Square with Central Square in Cambridge, and went over Western Avenue in Brighton. The rails will likely be removed.

The trolley line pre-dated the MBTA, according to Town Councilor and transportation buff Vincent Piccirilli after a meeting that – appropriately – discussed the future of transportation in Watertown Thurday night.

The last time trolleys ran along the tracks was on June 16, 1950, according to to the Boston Area Streetcar Lines Wikipedia page.

While Watertown has no rail service today, it used to have a number of lines.

The form A Branch of the Green Line used to follow the route of the 57 bus, and ended at Watertown Yard on Galen Street.

Another ran down Mt. Auburn Street, following the current 71 bus line (see a photo of the trolley here). The electrified buses are known as trackless trolleys. There was another branch of that line which went down Belmont Street, and is now the 73 bus.

Evidence of those lines can still be seen. The area where the Star Market on Mt. Auburn Street is located used to house the horses that would pull the trolleys prior to electrification, and Piccirilli said if you look in back of the market you can still see the horse barns.

Trolley tracks were also found on Belmont Street during the Belmont Street/Trapelo Road renovation. Those were left in place and the roadway was built up on top of them, Piccirilli said.

Tracks went into a trench near Irving Street and crossed under Mt. Auburn Street where Baptist Walk is now. There was a train station where Tresca’s is located, behind CVS. From there, trains went behind the library and Town Hall, under Main Street near Moxley Field and along Pleasant Street, before ending up in Waltham and eventually linking to the current Waltham Commuter Rail Station, Piccirilli said.