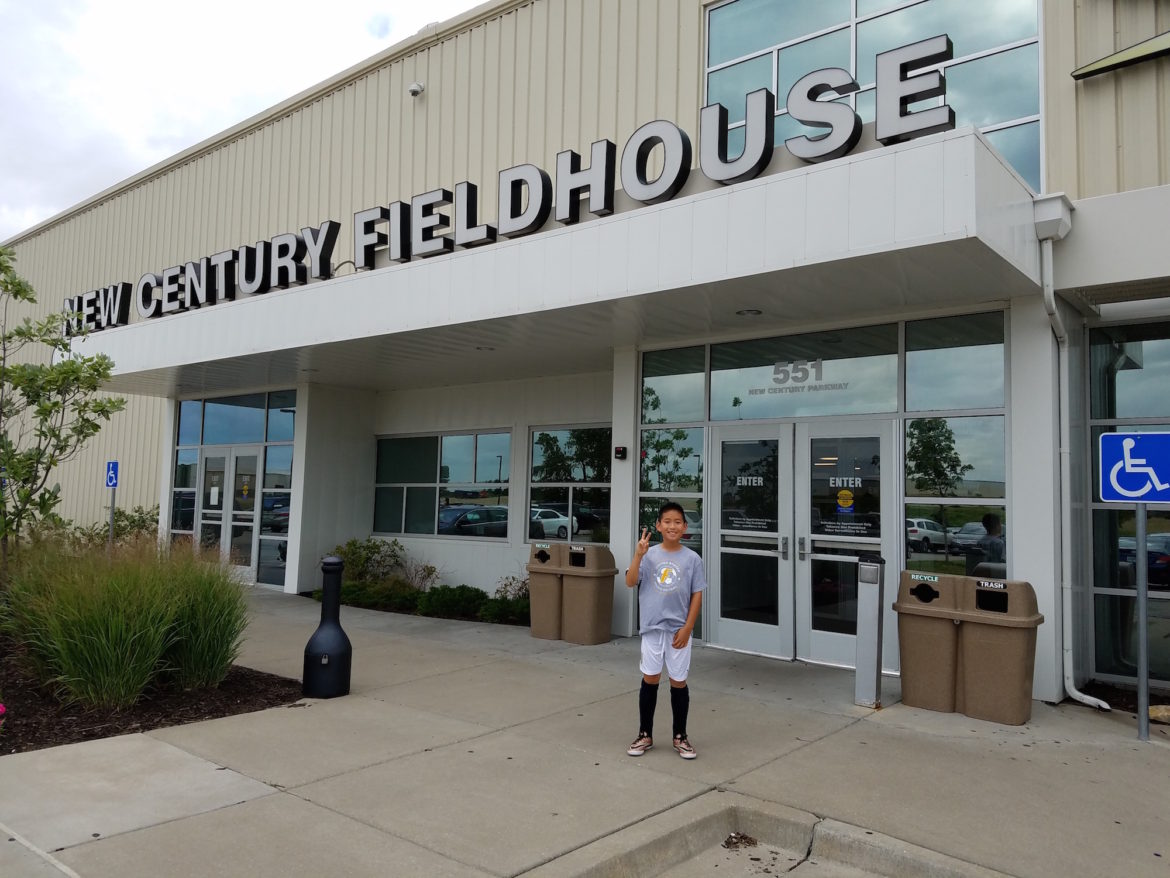 Watertown's Marc Kim played in a Youth Futsal National Team tryout in Kansas, and was recently named to the U11 National Team.

Watertown’s Marc Kim played in a Youth Futsal National Team tryout in Kansas, and was recently named to the U11 National Team.

After traveling to Kansas for a tryout, a young soccer player from Watertown was selected to be on the U11 U.S. National Futsal team.

Marc Kim recently received his invitation after a year long process concluding with the National I.D. Event in Gardner, Kansas. Futsal is a type of soccer played by five-a-side teams and often takes place indoors.

Kim started playing organized soccer at age 7, and gradually advanced from town soccer, town travel team, camps to playing in an elite team in a local soccer club based in Newton.

He got his passion for soccer from his father, O.T, who grew up in Germany, and has played his entire life. His father is Marc’s personal coach.

Futsal is a popular in New England during the winter because it can be played indoors. Marc was recommended by his coach to participate in U.S. Youth Futsal Northeast Region Futsal I.D. camp in October 2015, where the U.S. Youth Futsal National Team Coaching Staff evaluated him during the three day practices and games sessions. 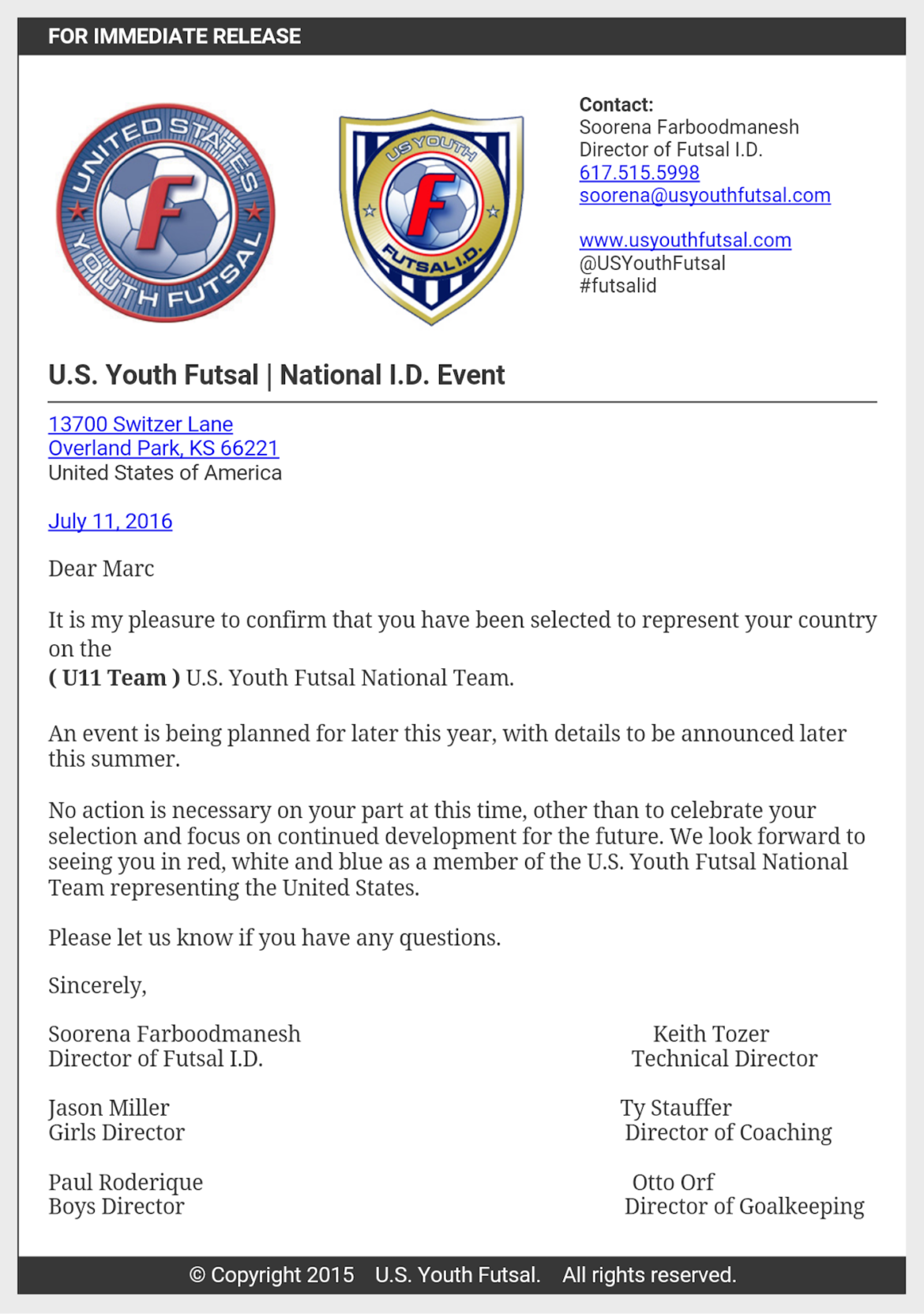 The letter inviting Marc Kim to participate in the Youth Futsal National Team.

As a member of the Youth Futsal National team, Kim will participate in an event is being planned for later this year for the national team.

Kim also attended the New England Revolution Academy Training Center Invitation in May 2016, where he enjoyed a training session run by its youth development coaching staff.

Marc’s near future goal is to join the New England Revolution Academy team and US Youth Soccer National Team. His dream is eventually to play professional soccer in Europe.

In his free time, he enjoys to read books and play video games, and also likes math and playing violin.