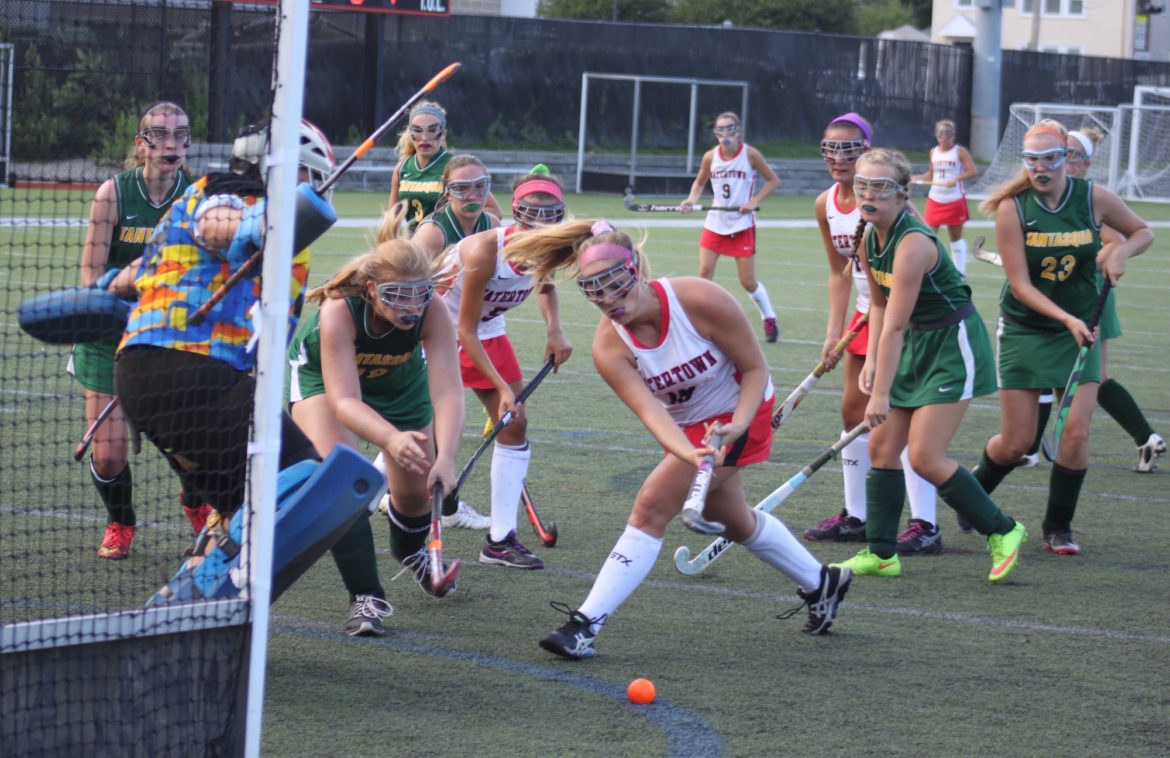 Senior Kourtney Kennedy scores on a penalty stroke Wednesday, one of three goals she scored on Tantasqua.

The Watertown High School team picked up where it left off last season, defeating Tantasqua 6-0 in the 2016 season opener at Victory Field.

The win gives the Raiders a streak of 161 games unbeaten, and 101 straight wins. Watertown seeks its eighth straight MIAA State Championship, too.

Senior Kourtney Kennedy scored a hat trick to lead the team in scoring. She struck first 4:34 into the game and then collected her second on a penalty stroke with under three minutes left in the first half.

In between, senior Aurora Fidler scored Watertown’s second goal with 16:17 left in the first with an assist from Catherine Connors on a corner.

Kennedy completed her hat trick just 57 seconds into the second half, with an assist from Lauren Petrillo.

Two minutes later, Fidler scored her second on a pass from Olivia Lampasona. 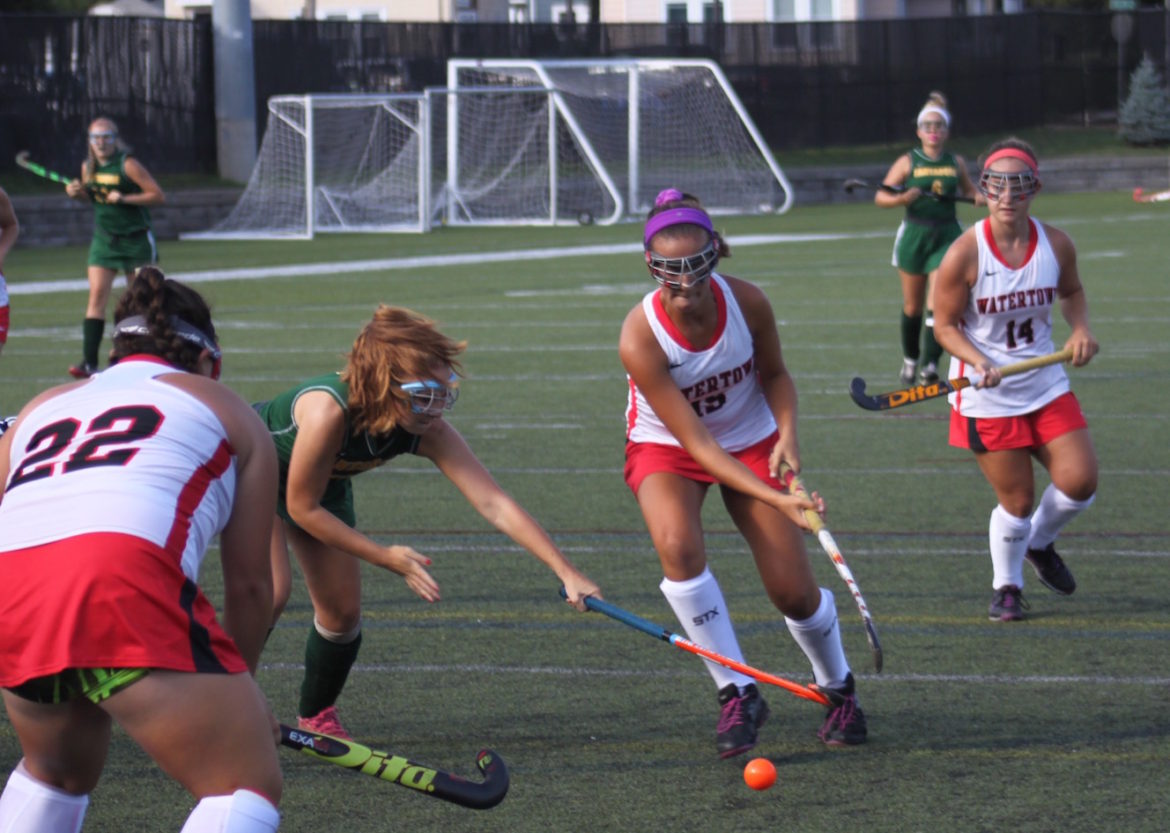 Senior Olivia Venezia dribbles through the Tantasqua defense. She had an assist in the win at Victory Field.

Lampasona got a goal of her own off a pass from Olivia Venezia 8:16 into the second half.

After that the Raiders pulled back the offensive pressure. Despite that, Watertown goalie Jonna Kennedy did not face a Tantasqua shot.

Watertown returns to action at Victory Field on Friday at 3:45 p.m. against Arlington. 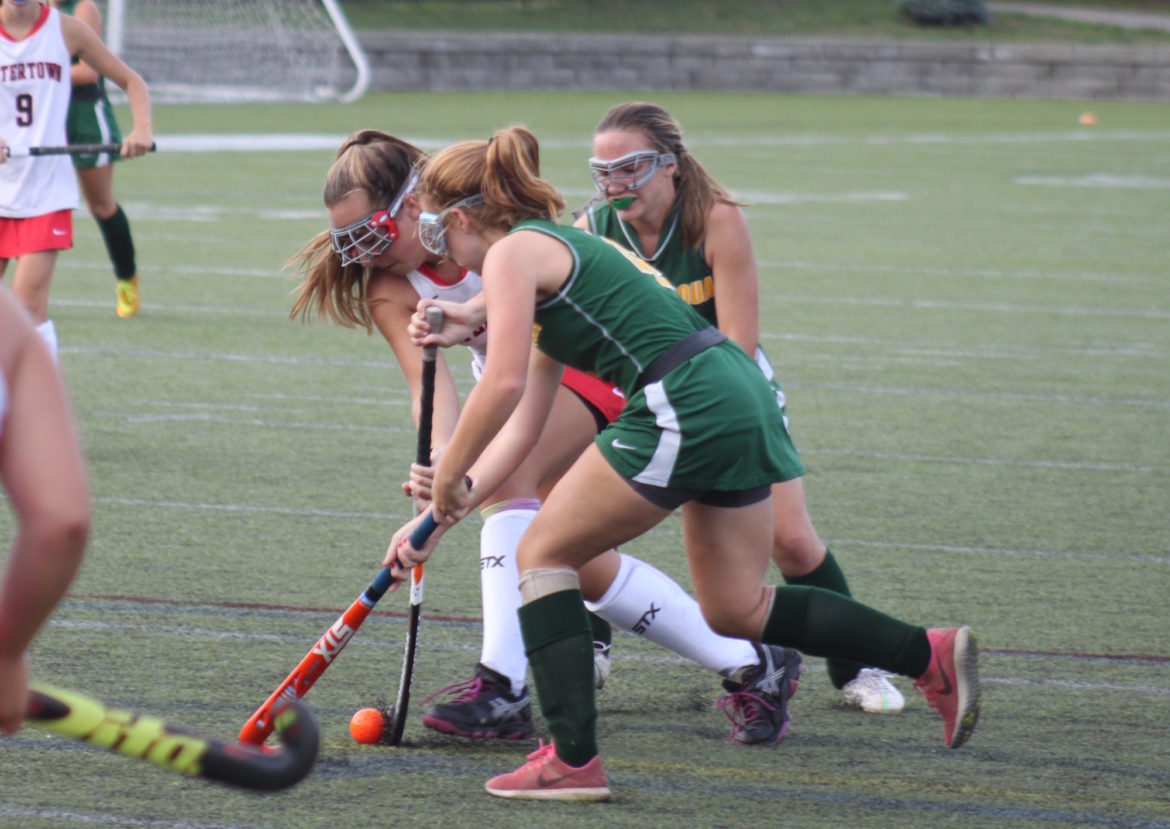