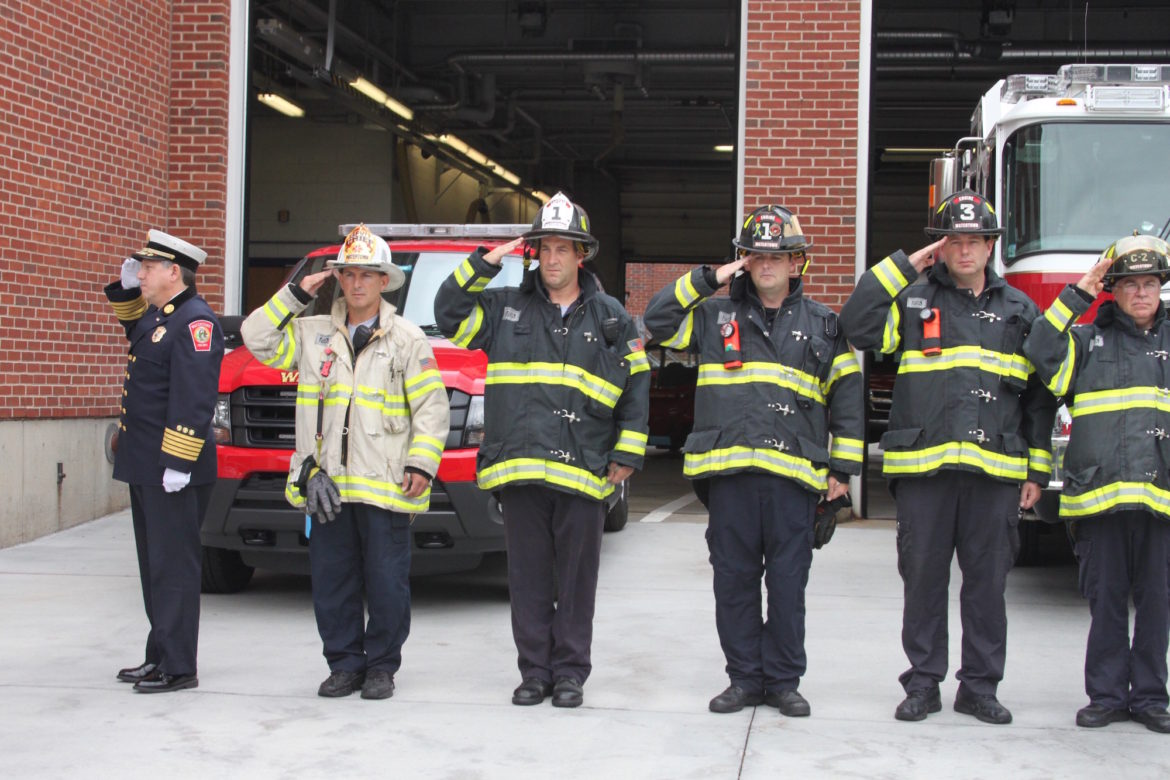 Members of the Watertown Fire Department mark the 15th anniversary of the Sept. 11, 2001 Terrorist Attacks.

The Watertown Fire Department held a somber ceremony Sunday morning to remember the terrorist attacks of Sept. 11, 2001 and those lost that day and since then.

It has been 15 years, but for those at the ceremony the memories still seem fresh.

Fire Chief Mario Orangio was not on duty that day, but he took part in some of the remembrances soon after 9-11 in New York City. 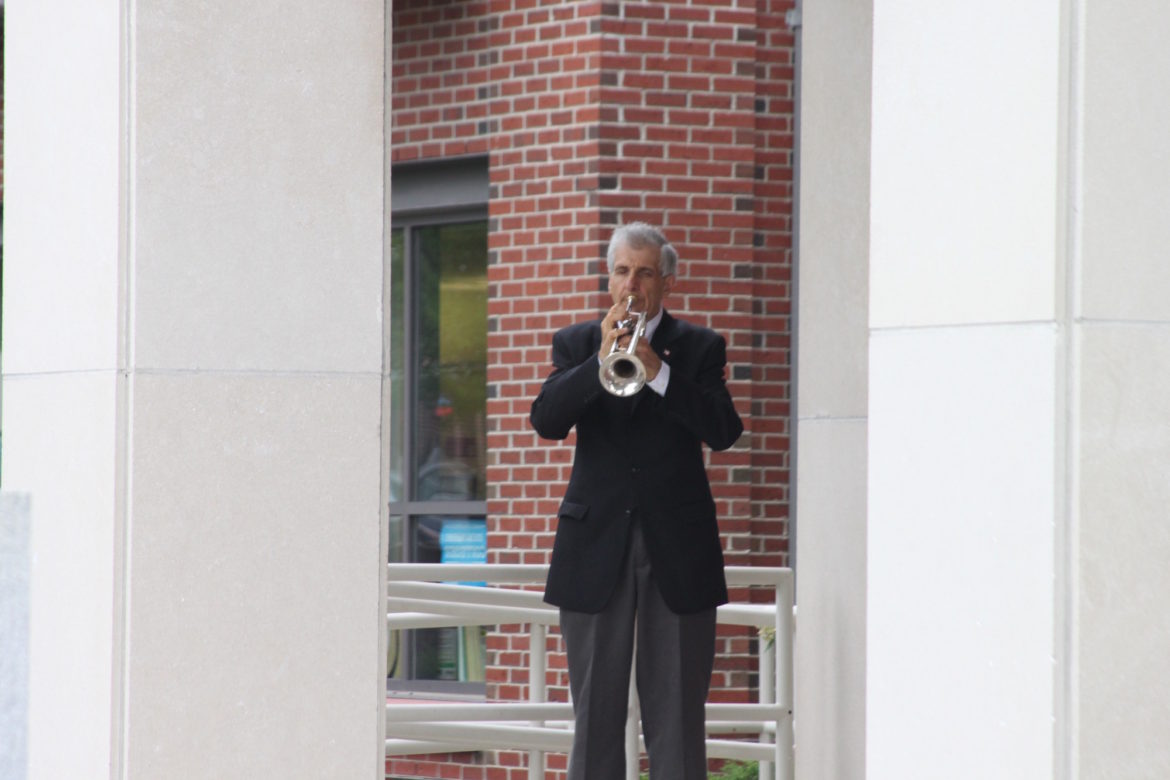 A trumpeter plays Taps as the flag was lowered to half staff during the 9-11 remembrance ceremony at the Watertown Fire Station.

The members of the Fire Department were joined by some Watertown Police officers and the current and a former Watertown Veterans Agent. This time of year is difficult for many veterans, said current Veterans Agent Mark Comeiro.

Comeiro, a retired Navy veteran, was on the submarine U.S.S. Providence in the Persian Gulf when he heard about the attacks. His battle group was the first to retaliate after the attacks. The anniversary always stirs emotions for him.

Former Veterans Agent Bob Erickson also attended the ceremony. He was in Town Hall in 2001.

“I heard a plane had hit a building,” Erickson said. “When I stepped outside, I saw two F-15s flying cover over Town Hall. I never thought I would see that.” 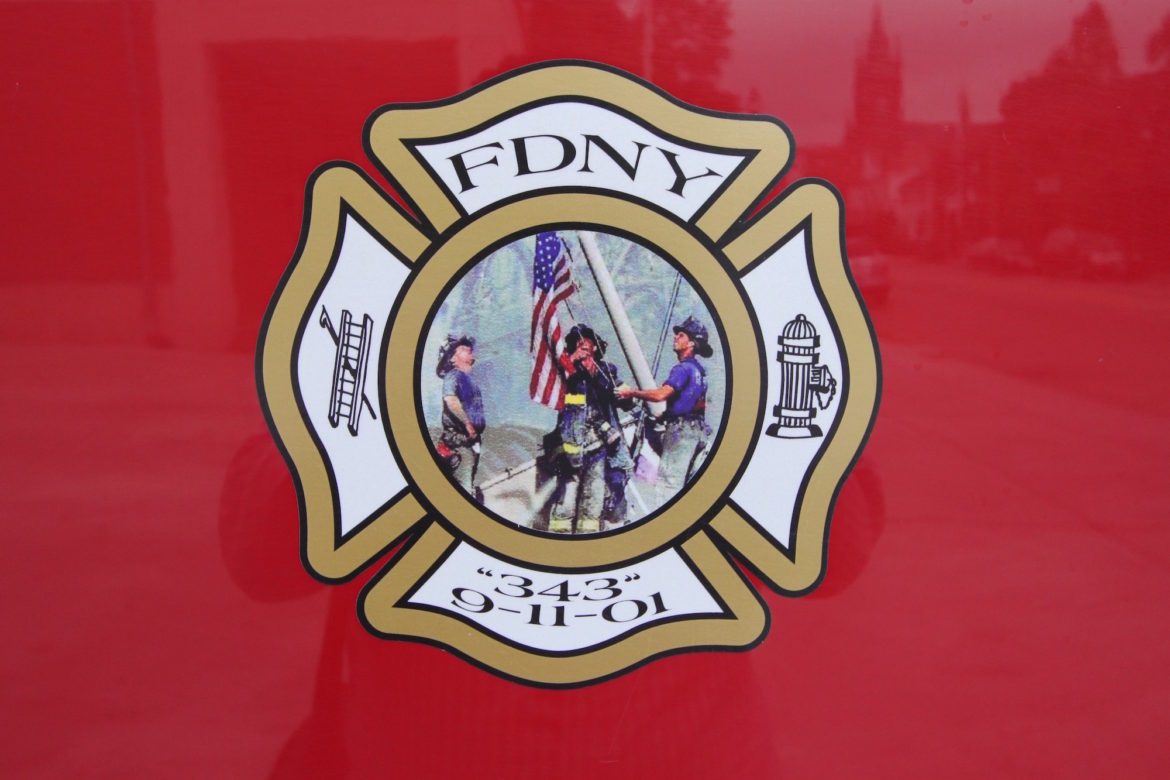 A logo on a Watertown Fire Engine remembering the New York Firefighters lost on Sept. 11, 2001.

A decade and a half on, the anniversary of one of the darkest days in the United States’ history can feel daunting to some.

“Some people struggle about how can I remember that day,” Orangio said. “If you see a veteran in Dunkin Donuts, buy him a coffee, make a donation or volunteer for the day.”

This is the 12th time the Watertown Fire Department has held the remembrance of 9-11, and Orangio said the tradition will go on.