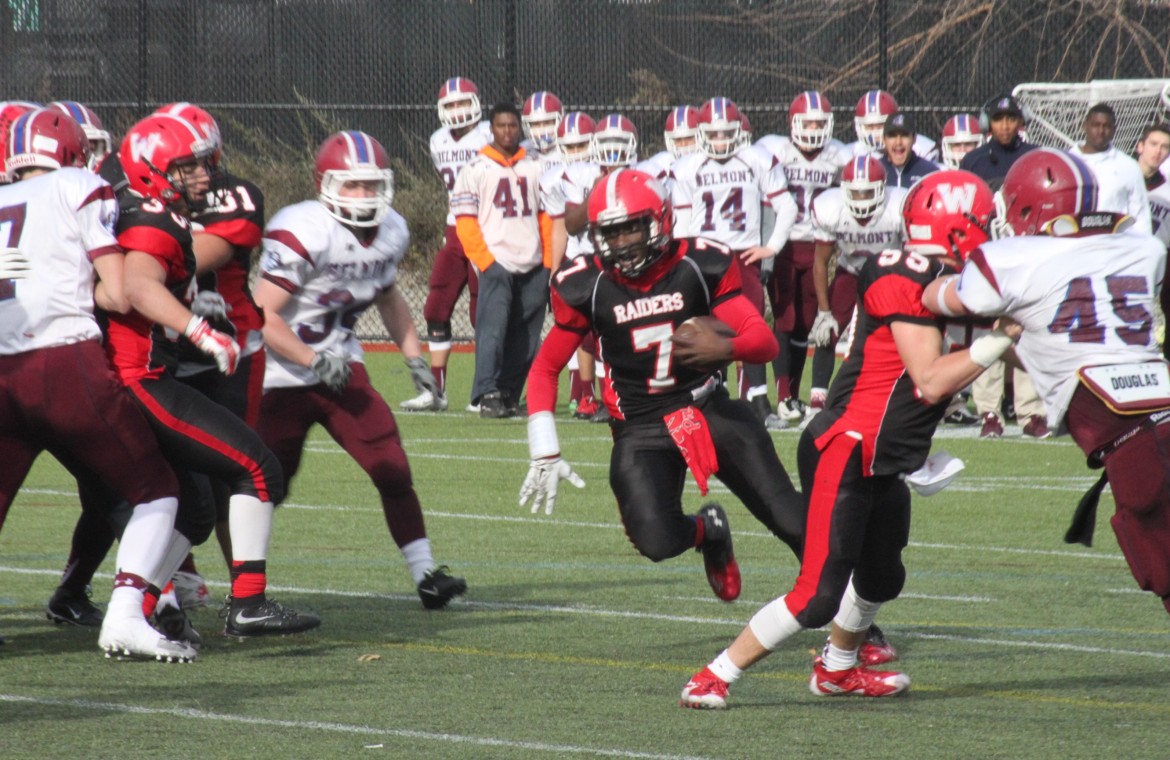 Watertown quarterback Deon Smith led the Raiders to a win against Arlington Catholic. Here he runs against Belmont.

Just like last year, the Watertown High School football team opened with Arlington Catholic, but unlike last year the result of the game was never in question.

The Raiders played Arlington Catholic on the road in Medford, and came away with a 48-7 victory. Last year the Raiders needed a late comeback to win.

Coach John Cacace’s team was lead by senior quarterback Deon Smith, who had two rushing touchdowns and another TD pass, according to the report on Wicked Local Watertown. Senior Vasken Kebabjian added two more touchdowns and junior Mange Camara had a touchdown and five extra points.

The Raiders return home this week with a game against Plymouth South at 7 p.m. on Friday.