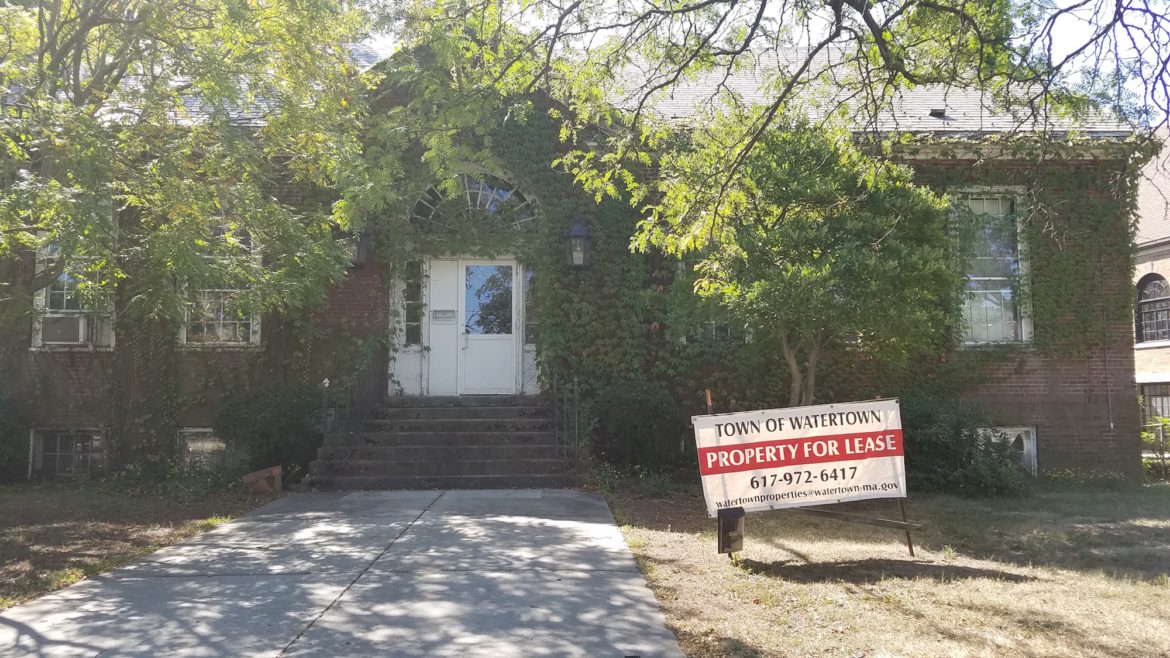 The East Branch Library could be sold after the Town Council approved soliciting bids on the site.

The East Branch Library could be sold after the Town Council approved soliciting bids on the site.

After many years of trying to lease the former East Branch Library, the Town Council voted Tuesday night to seek proposals to sell the property on Mt. Auburn Street.

The vote was 8-1 to approve seeking proposals, with Councilor Michael Dattoli voting against the proposal. The minimum bid would be $1 million, said Assistant Town Manager Steve Magoon.

For some Councilors, the decision was a reversal of what they had pushed for before. East End Councilor Angeline Kounelis said she used to go to the library and when she was on the Branch Library Reuse Committee, she advocated for leasing the property.

“I, like many of us, went to the East Branch Library. It is dear to many of us,” Kounelis said. “I will be supporting (selling the library) as much as deep in my heart I want to retain it.”

Councilor Aaron Dushku said he made a 180 degree turn, and went from favoring leasing the property to selling it.

“If we sell the property we will have the money to buy another property,” Dushku said.

Town Manager Michael Driscoll said the money from a sale of town property goes into the general fund, but Councilor Susan Falkoff noted that the town has a practice of using money from one-time sources on one-time expenses, of which purchasing property would be an example.

Dattoli said the town has sold off properties in the past, and could use it now.

“I strongly disagree with Watertown selling properties. The timing is a little poor,” Dattoli said. “People talk a lot about what’s going on with development in town. There is a lot going on with other things. I don’t foresee the East Branch Library being used as an elementary school, but we need swing space if the five Watertown Schools are renovated.”

The former library closed in 2006, and has fallen into disrepair over the past decade. The town put out three request for proposals to lease the library, and got no responses until the last one in 2011. At that time a preschool proposed a lease of $1 a year, and the St. James Armenian Church had a bid of $24,000 a year, up to 30 years.

The town tried to come to an agreement with the church, but an architect hired by the St. James estimated rehabilitating the building would cost more than $2 million, said the church’s attorney Jim McDermott.

“A 30 year lease was simply not feasible,” McDermott said.

At the time the church offered to purchase the library for $1 million, but the town could not do so because the request for proposals was only for leases. McDermott said the church is still interested in purchasing the property

The East Branch was built in 1926, and Dattoli said he wanted to preserve the building.

The library is not on any historic property lists, but because of its age any changes to the building would need to be approved by the Historical Commission. The commission could also put on a one-year demolition delay.

Other councilors said limiting what can be done on the site by preventing demolition would hurt the town’s ability to sell it.

“Renovating and reuse is quite expensive,” said Councilor Vincent Piccirilli. “I am concerned if we put a restriction in there it will substantially reduce the value of the property.”

The Council agreed, however, that some historic items should be removed before selling the property, including the clock inside the building and a historic marker in the front yard.

The Council voted down the amendment to put on a prohibiting demolishing the East Branch Library before voting to approve the request for proposals for selling the property.