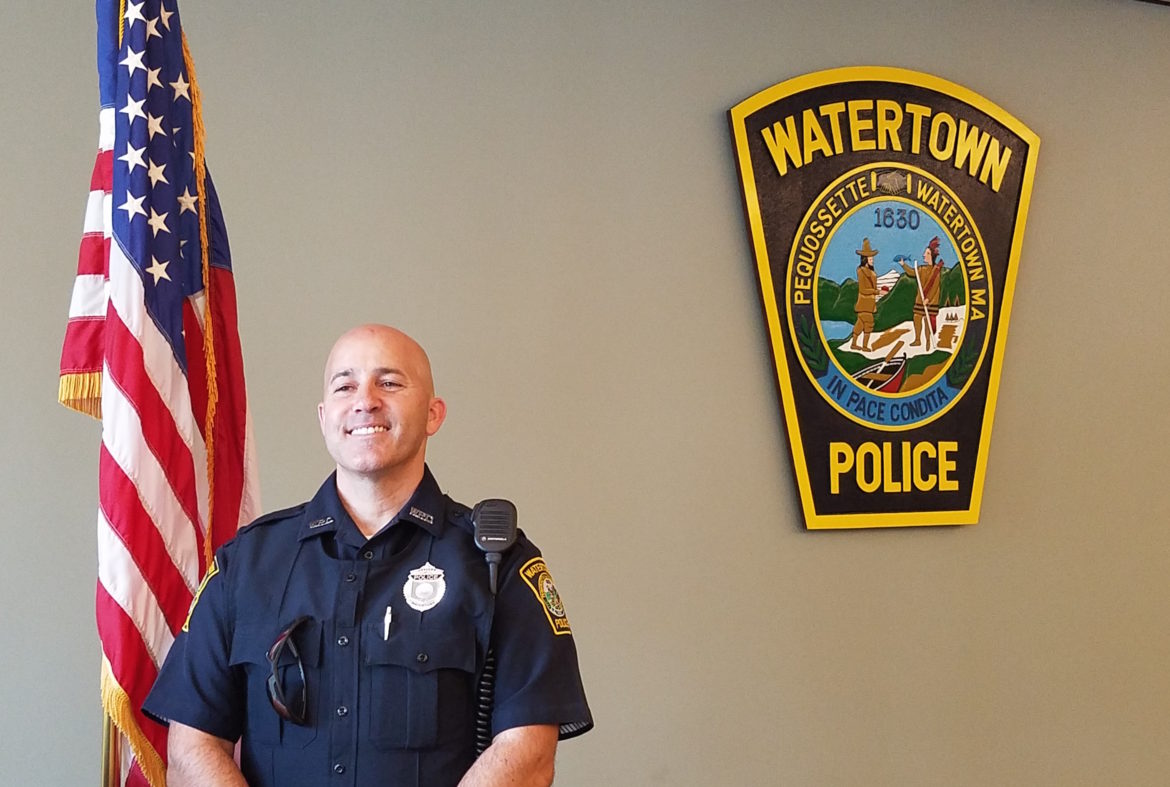 Watertown Police Officer Brandon O'Neill will Run 106 miles to in memory of fallen officers and his daughter.

Watertown Police Officer Brandon O’Neill will Run 106 miles to in memory of fallen officers and his daughter.

When Brandon O’Neill wakes up Friday morning, instead of getting ready to patrol the streets of Watertown he will get ready for a run – one which will take more than a day and cover 106 miles.

O’Neill, who has been on the Watertown Police Department for six years, will take part in theSpringfield Ride to Remember. This is the fourth ride, which started to raise public awareness of officers who have died in the line of duty, and to raise funds for the Massachusetts Law Enforcement Memorial in Boston.

This year’s ride is dedicated to Officer Ronald Tarentino, Jr. of the Auburn Police and Mass. State Trooper Thomas Clardy, both of whom died in the course of duty in 2016.

As the name indicates, the event is a ride, so most people cycle 106 miles from Springfield to Boston – no easy feat.

“I don’t ride bicycles so I asked if I could run it,” O’Neill said.

This will be his second Ride to Remember. Last year, O’Neill finished in 26 hours. He hopes to do it in 25 hours this year.

O’Neill tried to time his run so he finishes around the same time as the bicyclists. Last year they passed him near Boston College, so he missed the ceremony at State House. This year he will start at 3 p.m. Friday to try and make it by 4 p.m. Saturday.

What keeps him going for running for 25 straight hours with no stopping to sleep or for meals? While he wants to do something positive for law enforcement, he also looks the inspiration for starting to run in the first place.

“My daughter was born with a heart condition and we didn’t even know if she was going to make it to her first birthday,” O’Neill said. “Her first birthday fell on the day of the Boston Marathon. Children’s Hospital has the Miles for Miracles Marathon team, and I got in a month before the race.”

He trained several times before the race and completed the marathon that year. Pretty good considering he did not consider himself a runner before. Since that time, he started running longer and longer races. He has done a race in Leadville, Colo. that was 100 miles and attempted the 200 mile Peak Race in Vermont, and made it 120 miles.

Last year, O’Neill lost his daughter, Savannah, at the age of 10. She still comes to mind when he runs, along with his fellow members of law enforcement.

“Being a law enforcement officer, I think about who do I want to be. How do I represent my department,” O’Neill said. “How can I be a better father to my son. And obviously my daughter is a big inspiration. I may break down, but it fuel me and add adrenaline.”

Along the way, O’Neill will get an escort from Springfield to Palmer from the Springfield Police, then he will get help from some of his fellow Watertown officers and his family. Capt. Ray Dupuis and Officer Miguel Colon will be one team, and his family will be another. Sgt. John MacClellan and even Police Chief Michael Lawn will also lend a hand.

For more information about Ride to Remember Springfield, and to find out how to donate, go to www.spd-ridetoremember.com.