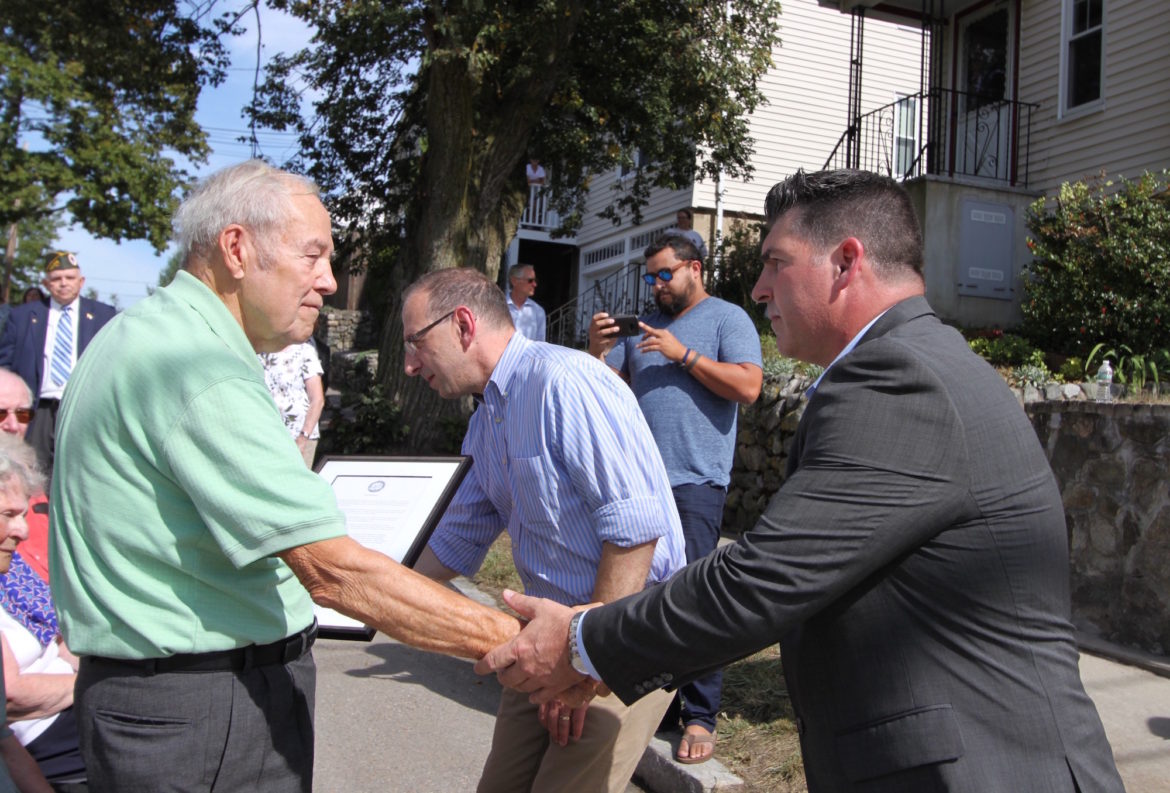 Tuesday afternoon, the Russo family finally got some closure after losing their brother and uncle Dominic in France during World War II.

The Town of Watertown officially named the intersection of Palfrey and Forest streets Pvt. Dominic Joseph Russo Square and unveiled of the sign during a short ceremony Tuesday which drew family, local veterans and town officials and elected leaders.

Russo died on Sept. 12, 1944, in Epinal, France, and was buried in the Epinal American Cemetery & Memorial with 5,300 American soldiers. Mary Russo, Dominic’s niece, said it was difficult on the family having Dominic buried so far away. Seeing the memorial would make her grandmother and grandfather so proud, Mary said.

“Seeing him finally brought home brings closure,” Mary said. “I could feel a sense of all of them being here.” 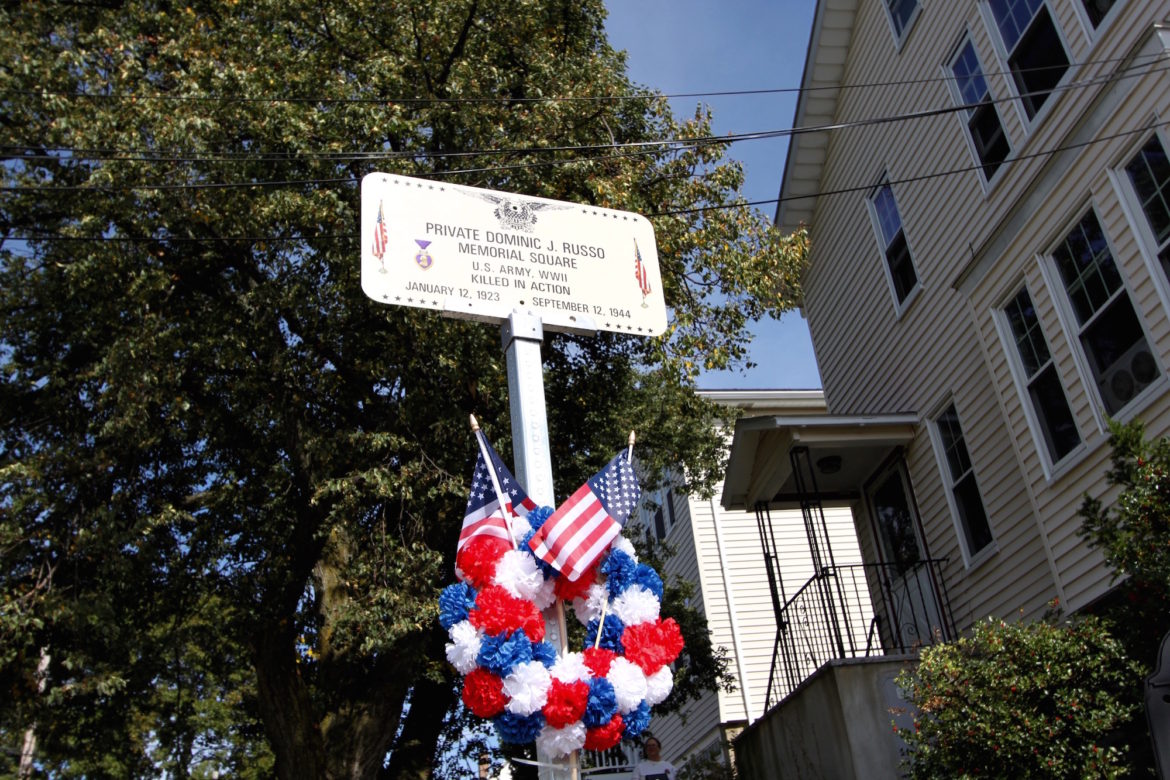 The sign marking the intersection of Palfrey and Forest streets as Dominic Joseph Russo Square.

The house where Dominic and his seven brothers and sisters lives is just a couple houses up Palfrey from the sign. He worked for the Watertown Department of Public Works along with his father (who headed the tree services) and one of his brothers before being called to serve in World War II in the U.S. Army.

After Basic Training Dominic was deployed overseas with the 143rd Infantry 36th Division, Second Battalion. He was the driver for a colonel and had dropped him off at the bottom of a hill and when soldiers returned they found Dominic had been killed by either machine gun or rifle fire. President Franklin Roosevelt awarded Dominic the Purple Heart posthumously on Dec. 12, 1944.

Two of Dominic’s three remaining siblings attended the ceremony. Margaret, who goes by Peggy, was the youngest of the Russo children.

“I don’t remember a lot about Junior, but I remember he kissed me goodnight every night,” Peggy said. 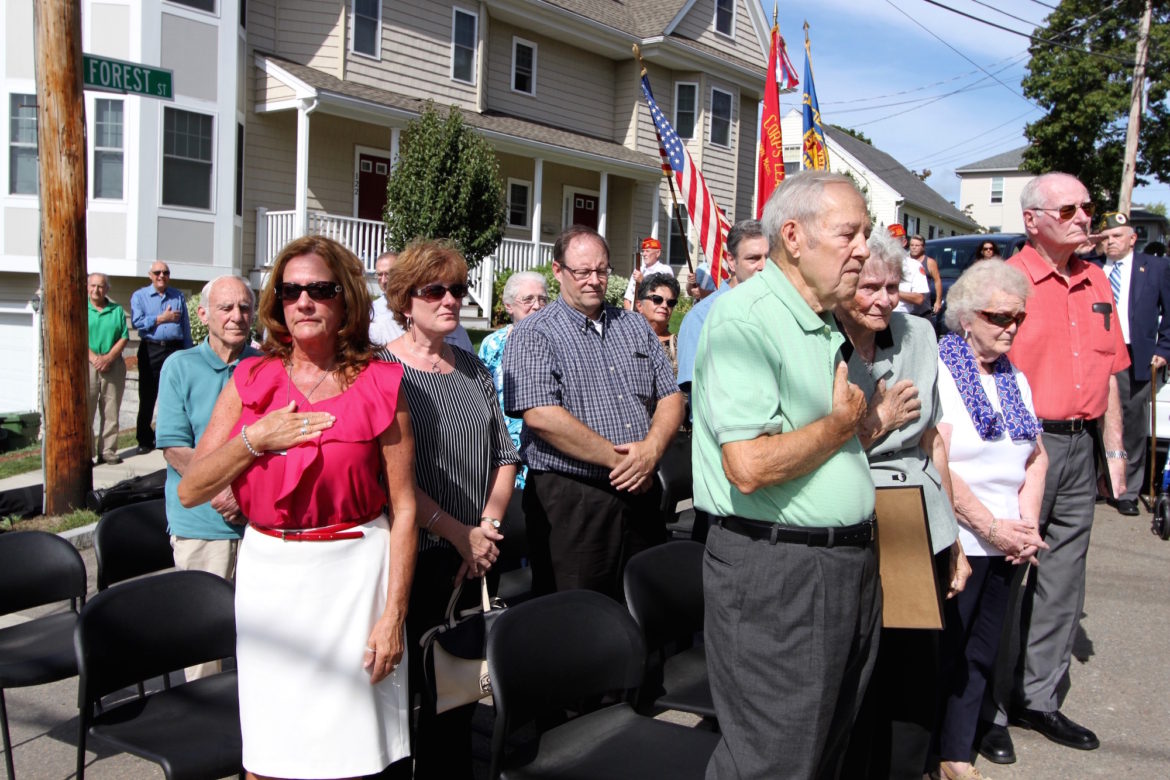 Attendees of the dedication of Dominic Joseph Russo Square rise while Taps is played. Among family members at the event were Russo’s niece Mary, left with the red blouse, his brother Dick, right in green, and his sister Peggy, right with the purple scarf.

Brother Dick, said Dominic had a special role in the family.

“Being an Italian family and being the oldest son he oversaw all of us,” Dick said. “He did a great job.”

Dominic was not the only brother to serve during the war. Alfred was wounded during the war and Paul’s ship was torpedoed, Dick said.

Dick had seen other squares named for Watertown veterans and wanted to do the same for his brother. He approached then-Veterans Agent Bob Erickson. However, the town did not have a policy for how to name squares and memorials. 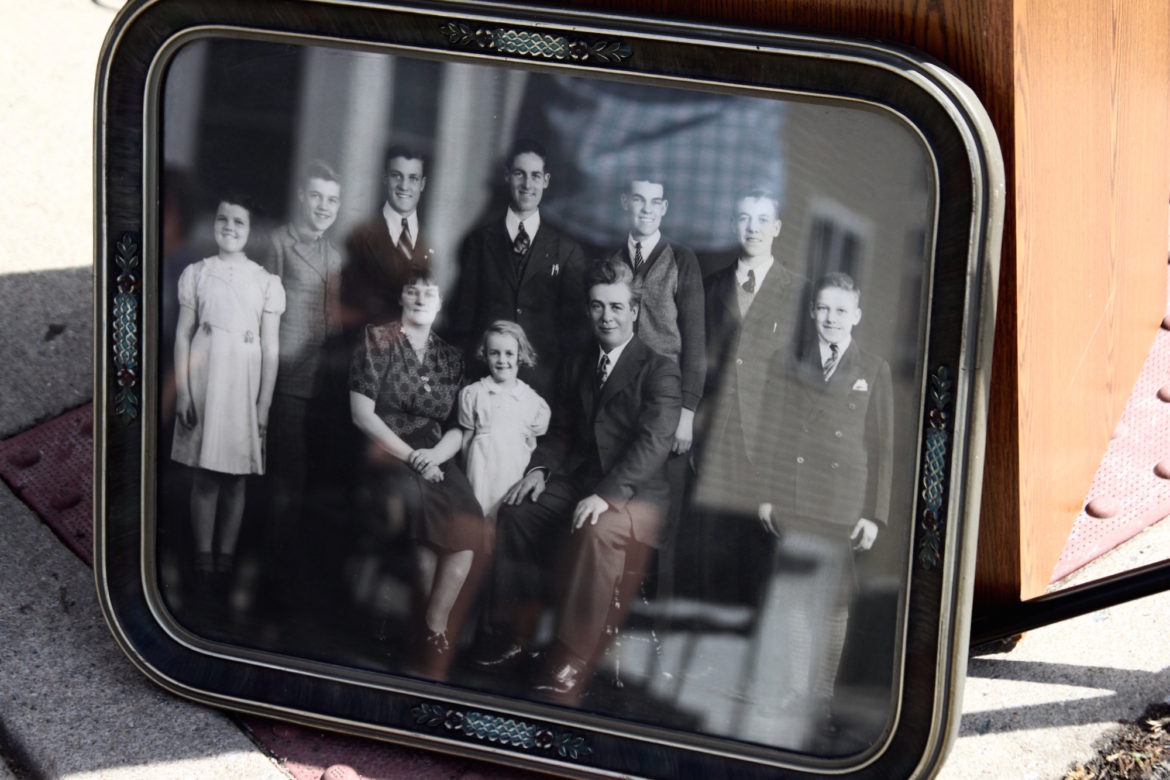 A portrait of the Russo family taken around 1942. Dominic Russo is in the center on the top row.

“There was no policy. If there is nothing in black and white, and you take everybody, you take away from the true meaning,” Comeiro said. “I always say every veteran deserves something. The policy limits (squares and memorials) to veterans killed in action.”

With the sign in place, Dick thanked everyone who had make it happen.

“I can’t believe what the town did,” Dick said. “I can’t express how much I appreciate it. I felt like (Dominic) deserved something.”