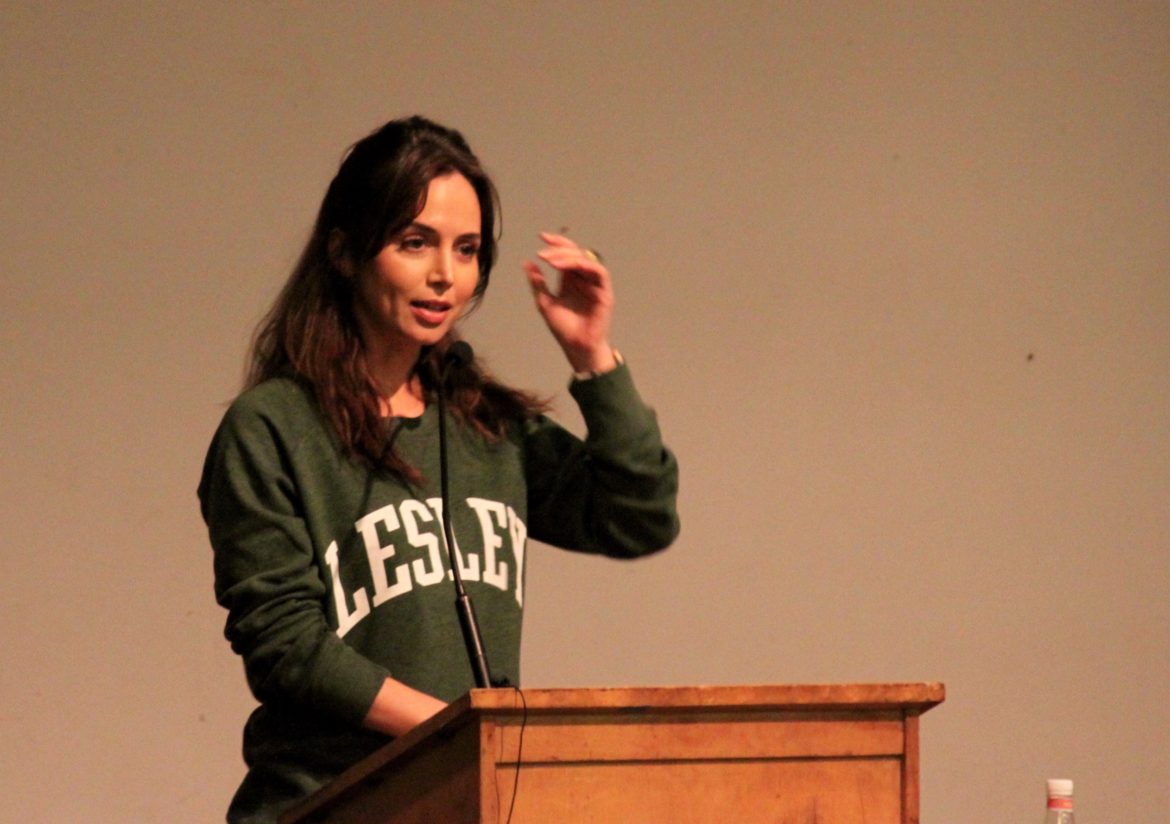 Eliza Dushku shared her experiences with alcohol and drug addition and getting sober at the Watertown Overcoming Addiction Candlelight Vigil and Memorial held Wednesday night..

Addiction’s grip can seem overwhelming, and sadly some lose the battle and their lives to the disease. Wednesday night three Watertown residents – including Eliza Dushku – shared their experiences with substance use to try to eliminate the stigma around addiction during the second annual Watertown Overcoming Addiction Candlelight Memorial Vigil.

Hundreds gathered at St. Patrick’s Church Wednesday night to remember loved ones lost to addiction and substance use, and to give hope to those trying to get sober or remain drug and alcohol free.

Dushku shared her struggles with alcohol and drugs, and said her sobriety has allowed her to come back to her hometown to pursue one her life goals of getting a college degree.

Growing up, Dushku said she enjoyed going to parties, and would head to “keggers” at Oakley Country Club or Gore Place.

“I always wanted to do more drugs, drink more, go harder. It was never enough,” Dushku said. “I wanted to fill something inside. When I was ashamed about drinking and what I did, I would drink through the sorrows.”

The turning point for Dushku was when she learned her family had lost trust in her.

“I heard from my family that my brother did not trust me around his kids,” Dushku said. “At first I thought, how could think I would hurt them. But they were right. It was a real turning point and a real driving point for me to get sober.”

Dushku has been sober for nearly 8 years, and she regained her brother’s trust.

“Now the same brother and his wife, when they fly together, they wrote a letter saying that if, God forbid, something should happen to them, they want me to take care of the kids,” Dushku said. 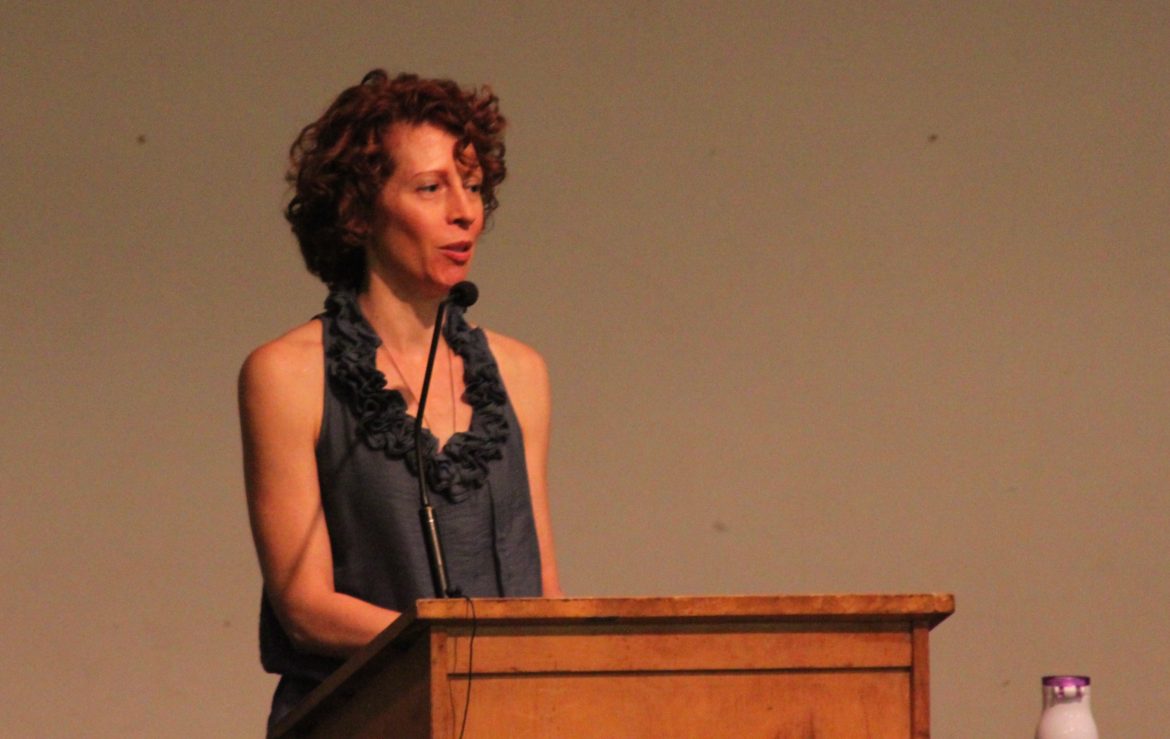 Watertown’s Rhonda Lotti works to help people overcome addiction and stay in recovery after losing her daughter to drugs.

Rhonda Lotti said her daughter Mariah’s substance use started with drinking and smoking marijuana, but it got more serious and she began doing heroin.

The Watertown resident still remembers when Mariah told a clinician that she took heroin during an intake for treatment. These were words she never imagined coming out of the mouth of her daughter, a 17-year-old who grew up in Newton.

Mariah was always open about talking with her mother about her addiction and would seek treatment. She had gotten sober, but one night in 2011 she did not come home.

“That wasn’t unusual, but there was a knock on the door. It was the Watertown Police,” Lotti said. “Even then, I didn’t know. Police don’t come to tell you your daughter is in trouble. They come to tell you she is gone.”

Mariah was 19. She knew she could always go to her mother, Lotti said.

Now, Lotti works with Magnolia New Beginnings, a non-profit group that advocates for people with substance use disorder, educates the community and spreads the word about the the dangers of substance use, particularly opioids. She also started a scholarship in her daughter’s name for women in recovery to enter sober living programs.

Lotti encouraged those who are sober too stay strong and told those looking to get sober have options.

“There is a lot of support out there,” Lotti said. “If you are in recovery, you are a super hero to me. You are overcoming things the rest of us have no idea what you are going through.” 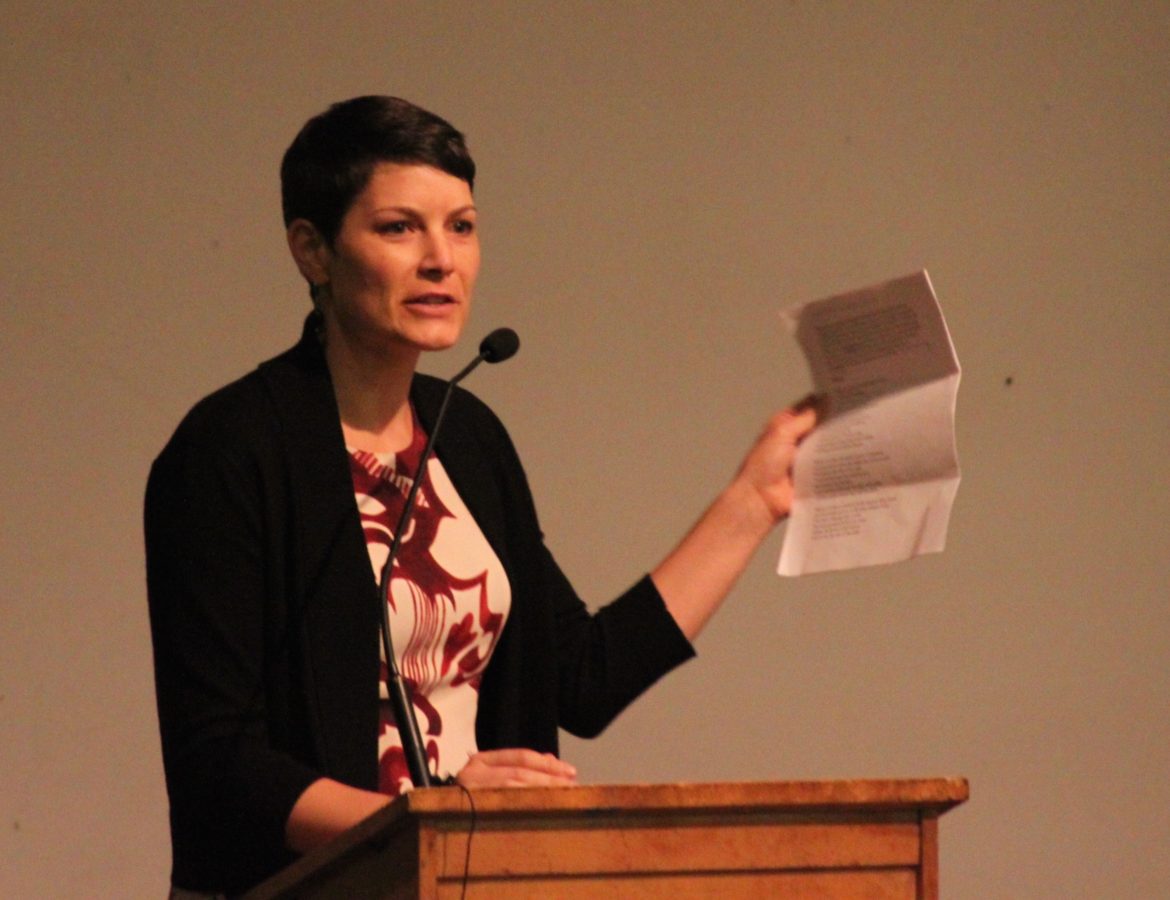 Josie Gaylon of Watertown talked about getting sober after she started drinking as a teen at the event to raise awareness of addiction and substance use.

Josie Gaylon, a Watertown resident attending college in Boston, also struggled with alcohol. She was shy growing up and said that alcohol was her “liquid courage.”

Gaylon met the vigil’s organizers, Pete Airasian and Wendy Morrissey after reading about their efforts to raise awareness about opioid use and addiction in Watertown. This year, they reached out to Gaylon and invited her to speak.

She has been sober for more than six years and said it can be tough sometimes.

“Last week on the way to work I worried about all the things on my plate,” Gaylon said.

That is not something that she would have encountered when she was drinking, because she could not even fathom “real life.”

The stigma around addiction remains strong, and even those who had lost loved ones to the disease feel uneasy talking about their family and friends lost to the disease, Gaylon said

“Your grief deserves not to be ignored and trivialized,” she said. “In Wendy’s words, you need a place to come together to grieve and know that your loved ones matter.”

People comfort each other as the names of those who died from addiction were read during the Watertown Overcoming Addiction Candlelight Vigil and Memorial.

While the stories were powerful, the most moving part of the evening was the reading of the names of those who have died, and a slideshow of photos simply stating the person’s name and the years of birth and death. People held candles and watched quietly as the faces were projected on the screen.

Airasian thanked everyone for coming, remembering those lost to addiction and for looking to do something to help people recover. He remarked about being touched by the slideshow.

Addiction has started to enter the local and national conversation, he said.

“Even politicians are talking about it, but it is still all talk,” Airasian said. “Things like this, seeing all the people interested in the same thing you are doing is powerful.” 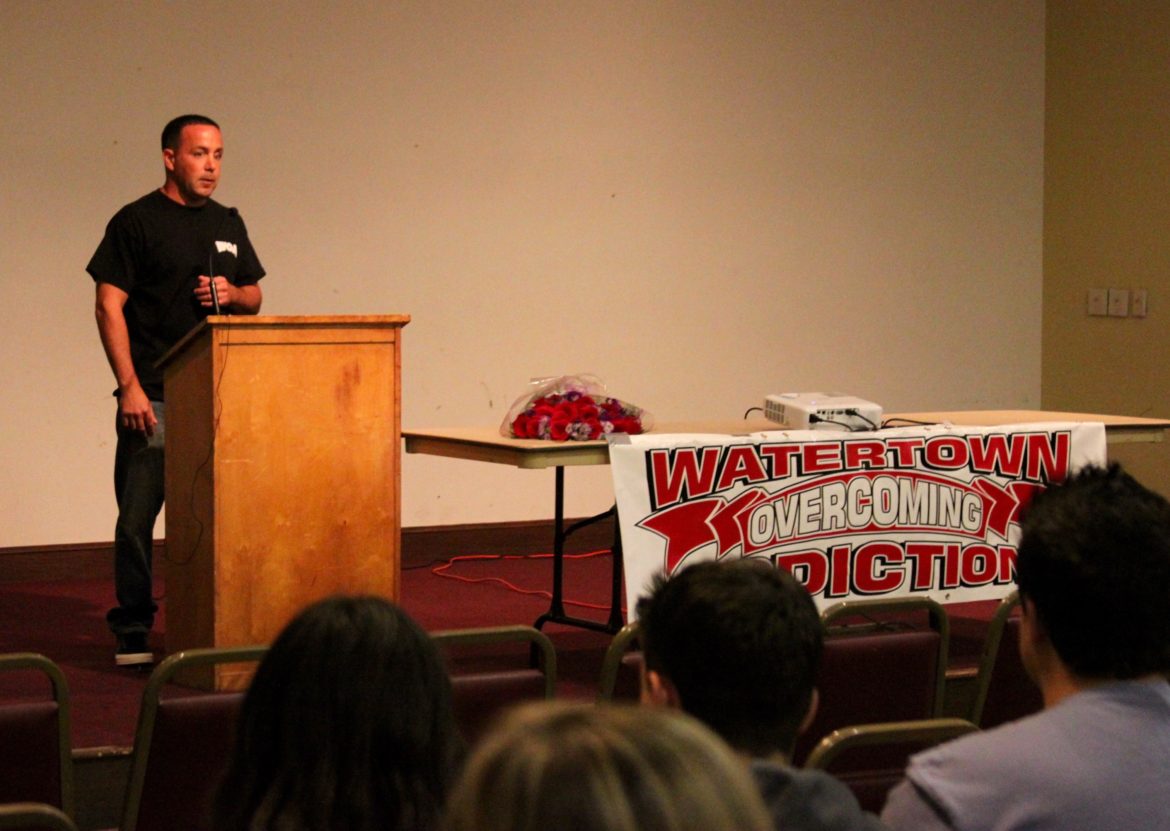 2 thoughts on “People Share Their Stories of Addiction, Including 1 of Watertown’s Most Famous Residents”