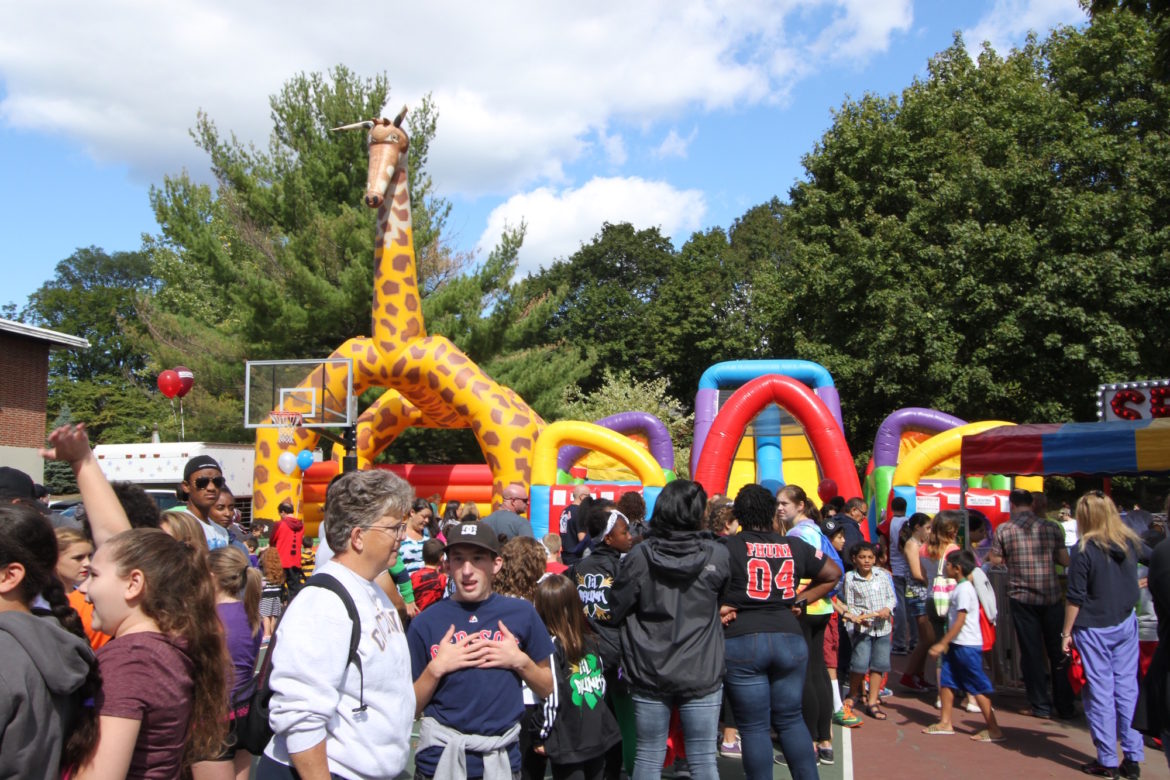 Children had plenty of fun options during Saturday's Faire on the Square.

Children had plenty of fun options during Saturday’s Faire on the Square.

In addition, dozens of community groups had information for fairgoers at tables spread around Saltonstall Park.

The library gave people a look at what goes on at HATCH with a mini-makerspace set up for people to try out.

One of the many bands that performed at the two stages at the Faire on the Square.

While there were no political candidates making their way around the Faire, many people stopped to take photos with the life-sized cardboard cutout of Hillary Clinton at the Watertown Democrat’s booth.

The pro- and anti-Community Preservation Act (CPA) groups were also out in force.

A new addition for the kids was a rock-climbing wall set up in the library parking lot.

The Cunniff Fifth Grade class ran a dunk tank as a fundraiser. Some lucky participants got the chance to try and dunk Police Chief Michael Lawn. 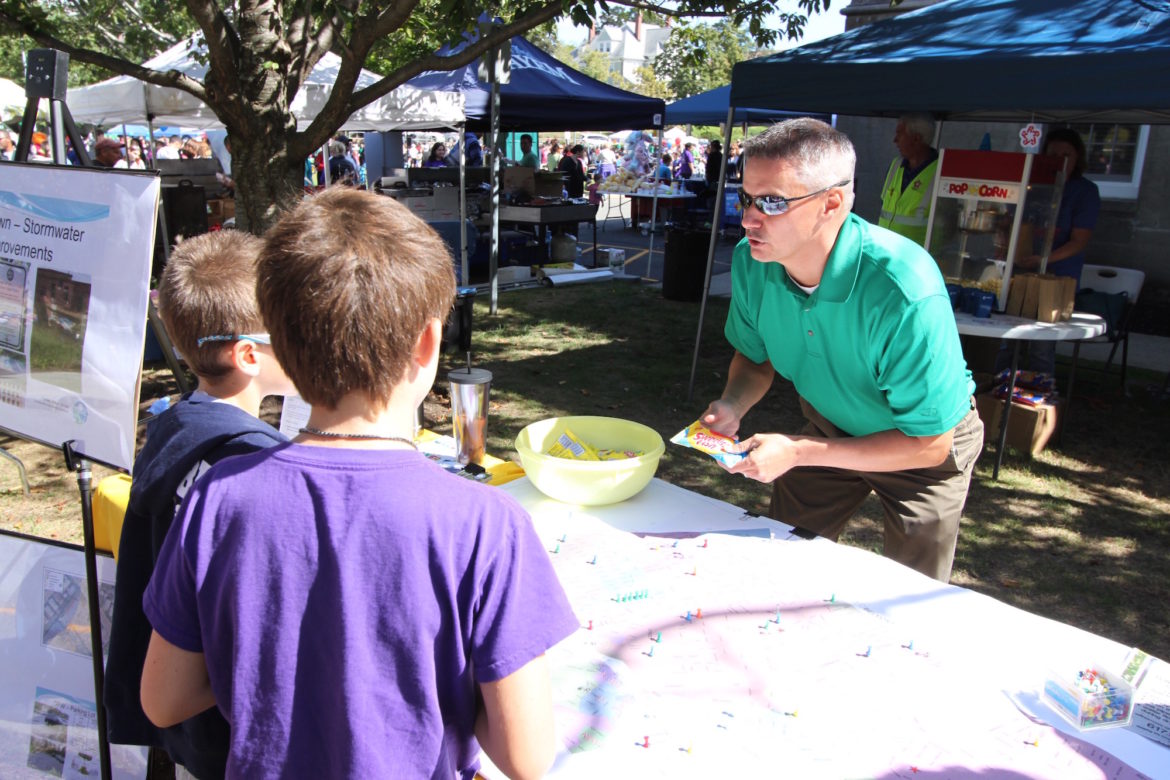 A variety of food was available for purchase, and people could also enjoy a free hot dog grilled up by Watertown Recreation Director Peter Centola.

Watertown News ran a poll of what people’s biggest concerns are for Watertown. The results will be tabulated and released later this week! 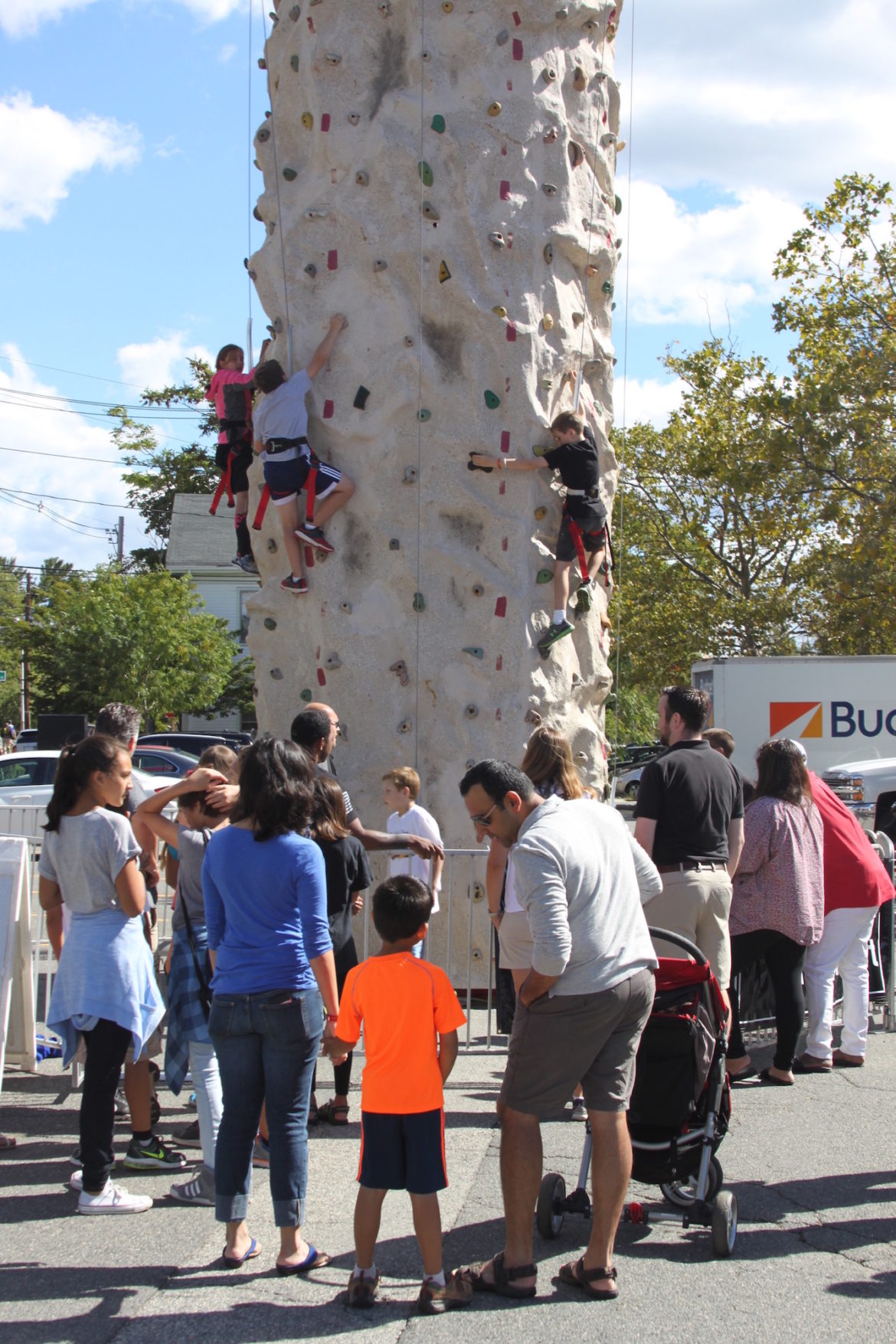 The climbing wall was a new addition to the Faire on the Square, and a popular one.