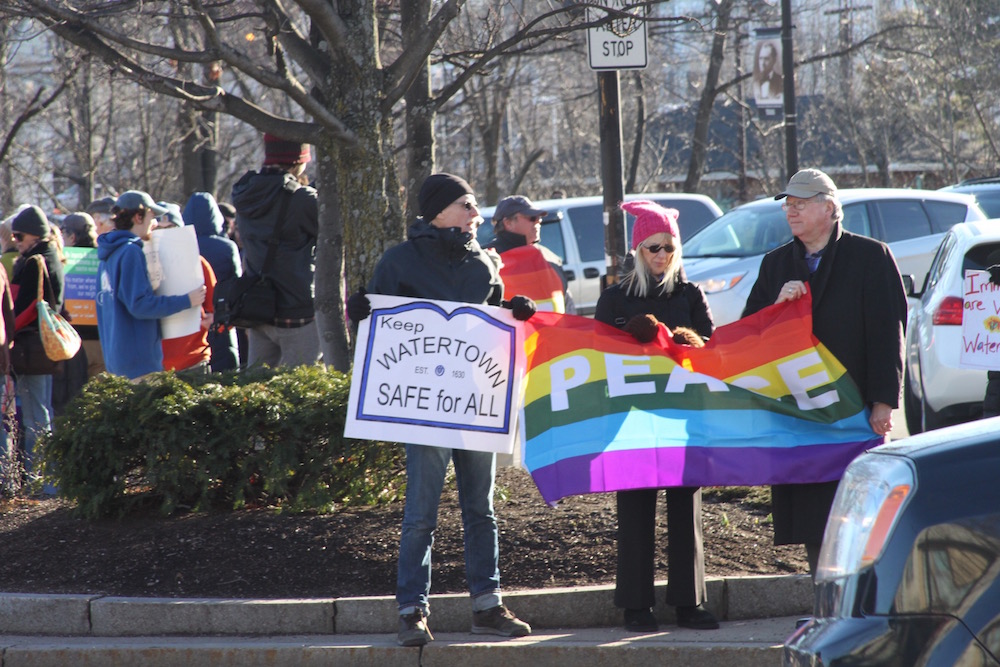 Residents rallied to support undocumented immigrants and resist rulings from the Trump Administration.

Residents rallied to support undocumented immigrants and resist rulings from the Trump Administration.

Hundreds of supporters of undocumented immigrants and refugees rallied on the Watertown Square Delta Sunday before packing the Grace Vision Church to find out how the town can protect these groups.

Elected officials told a crowd of about 300 at the event –  known as “Watertown Welcomes Immigrants” – that they would do all they can to create protections for all immigrants at the local and state level, including passing an ordinance to make Watertown a Sanctuary City.

State Rep. Jonathan Hecht said that immigrants are an important and valuable part of Watertown. He denounced the federal policies to aggressively remove illegal immigrants.

Hecht, along with State Sen. Will Brownsberger and State Rep. John Lawn, have co-sponsored the Safe Communities Act in front of the State Legislature. 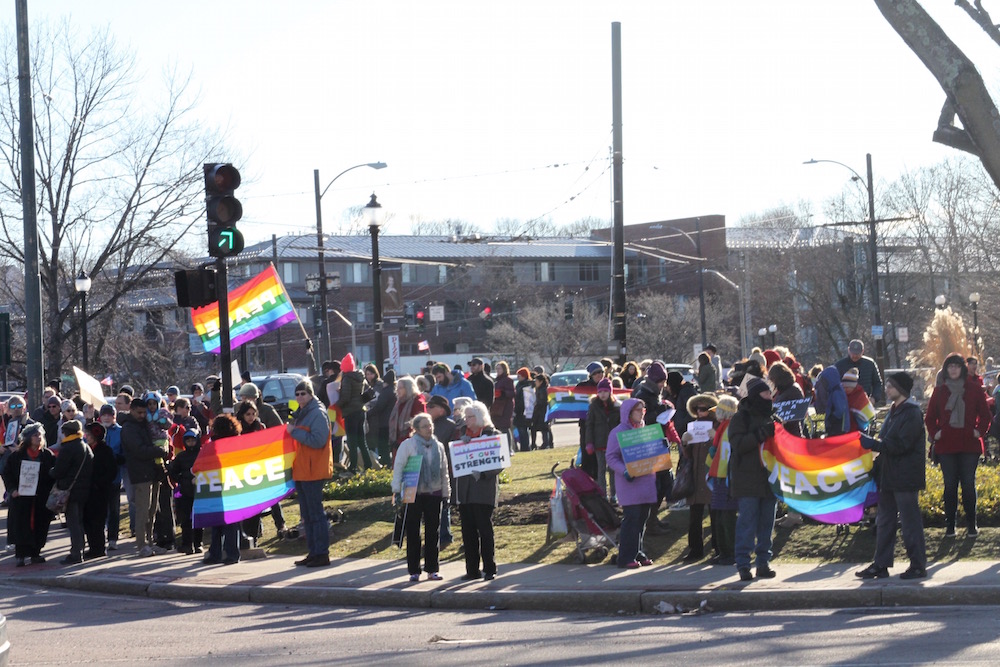 Hundreds of people stood on the Watertown Square Delta to support immigrants and refugees.

Town Councilor Susan Falkoff said the Town Council has started drafting an ordinance, though she said it would not be ready for Tuesday’s Council meeting.

“This is our problem. There are people living here, and we need to protect them and keep them all safe,” Falkoff said.

Sanctuary City agreements can do some things, but not stop all enforcement of Federal immigration laws, said immigration lawyer Susan Church, who has worked on behalf of the ACLU of Massachusetts opposing the Trump Administration’s temporary immigration ban,

“If the Feds want to come with a warrant and remove someone, no matter what ordinance you pass, they can do it,” Church said.

One of the biggest questions is about the Trump Administration’s threat to withhold Federal money from communities and states that become Sanctuary communities. Church said that she believes that threat will not be able to be enforced for the reason that the courts struck down a section of the Affordable Care Act which threatened to withhold federal Medicaid payments if they did not expand the program.

Some people worried about whether the Watertown Police Department will seek out illegal immigrants. Falkoff said the WPD has committed to serve all the residents of town, regardless of immigration status.

“We are proud of our police for the stance they have taken,” Falkoff said. “Chief (Michael) Lawn reaffirmed the statement he already made at the Unity Breakfast.”

Lawn said that police will protect everyone and will not inquire about the immigration status of people who come to them or who is arrested on a minor crime. They will not respond to ICE inquiries unless there is a warrant or a serious crime has been committed, Falkoff said. 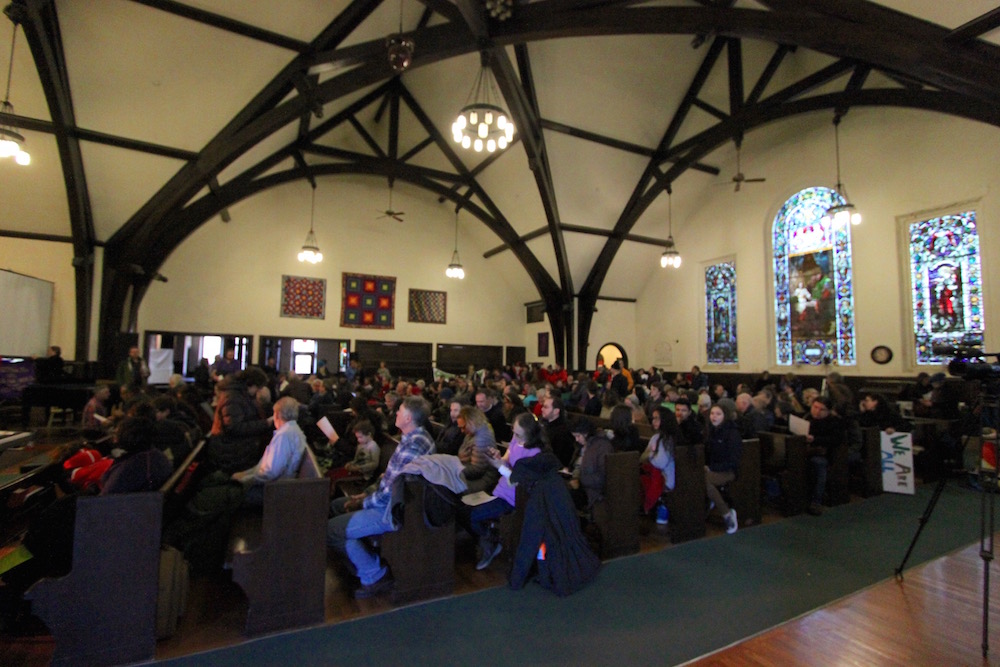 Caroline Bays of Progressive Watertown, one of the organizers of the event, said the reason why people came out to the forum, and the reason why the Trump Administration has made the executive orders is because of fear.

“Through history when fear has been used to create policy, and every time it was bad policy: the Alien Sedition Act under John Adams, Japanese Internment Camps and the Iraq War,” Bays said. “This is not a Democratic or Republican issue. We all share common values. Those values are being threatened by the current Administration.”

The executive orders have already struck fear into undocumented immigrants, and others. Some have stopped going to doctors appointments because they fear being identified. Others worry about sending their children to school.

Lauren Harrison, an English Language Learner teacher at Lowell School, said she has a girl in her class who told her she has nightmares about being chased. They also ask questions about whether they will be sent back to their country of origin.

“I said, ‘I want you to know you are safe here at Lowell,'” Harrison said. “I told her, you can talk to me or other teachers. We are glad you and your family are here. Children like her are the future of our country.”

School Committee Chairman John Portz said parents should not worry about sending their children to the Watertown Public Schools.

“Watertown Schools welcome all students regardless of country of origin or immigration status,” Portz said. “Diversity is an important part of the school system.” 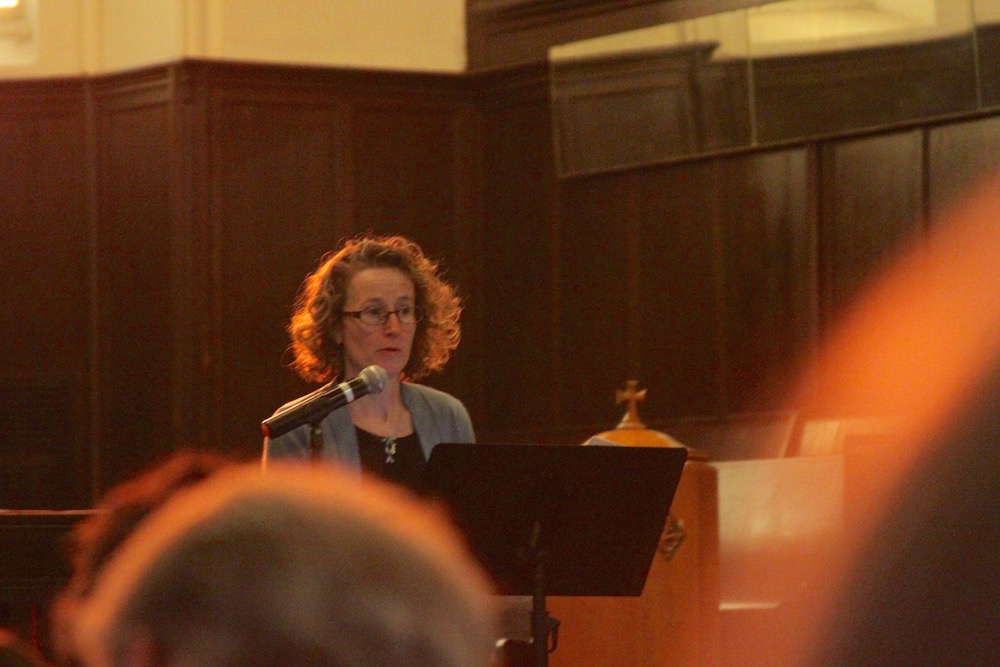 Town Councilor Tony Palomba, who is also a member of Watertown Citizens, thanked those who stood out with signs and attended the forum.

“I thank you not only for being here, but for what we haven’t done yet,” Palomba said. “What we have in front of us is a whole lot of work.”