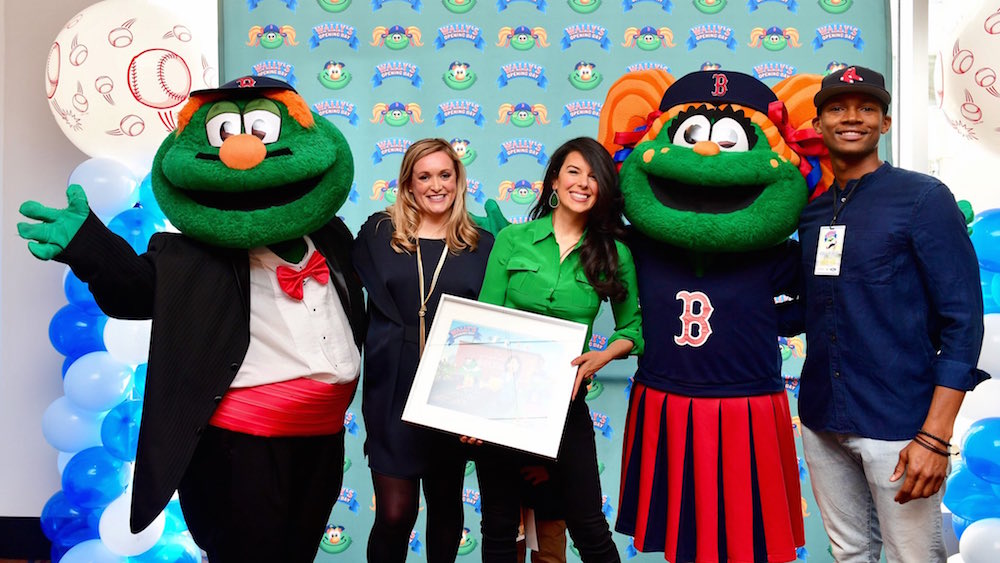 Watertown's Danielle Gillis, second from left, produced Wally's Opening Day. Here she is at the premiere with Wally, Linda Pizzuti Henry (wife of Red Sox Owner John Henry), Tessie and Sedale Threatt Jr., who voiced one of the characters.

Watertown’s Danielle Gillis, second from left, produced Wally’s Opening Day. Here she is at the premiere with Wally, Linda Pizzuti Henry (wife of Red Sox Owner John Henry), Tessie and Sedale Threatt Jr., who voiced one of the characters.

Watertown’s Danielle Gillis was just getting her animation production company off the ground when she got the call from the Big Leagues, and received a challenge that thrilled the lifelong Red Sox fan – bring Wally the Green Monster to life in an animated special.

Wally’s Opening Day premiered the day before opening season on NESN, and features the voices of many actors hailing from the Boston area (watch the video here). It features Wally, the Red Sox mascot, his sister Tessie, a fictional rookie player (voiced by Boston-raised Sedale Threatt Jr.) and the Boo Birds, a couple of smart-mouthed seagulls.

The cartoon was the vision of Linda Pizzuti Henry, wife of Red Sox owner John Henry.

Gillis had met Pizzuti Henry when she was working at Soup2Nuts. The animation production studio based in Watertown made several animated series for PBS, including WordGirl – a series which Gillis produced for six seasons. She also worked at WGBH, and at FableVision where she worked with former Watertown Town Councilor Cecilia Lenk.

She recently started her own animation production company called Take the Cake, named after another of Gillis’ loves – baking. (She spent a year in Paris going to pastry school before deciding to start her own business).

“Soup2Nuts had closed, and she said, who should I call, and she called me!” Gillis said. “I said, I’m starting my own business. She took a leap of faith in me.”

The project was both an exciting challenge and a bit daunting for Gillis. Pizzuti Henry not only wanted to get kids excited about baseball and the Red Sox, but also introduce them to Fenway Park.

“I took this hugely seriously. I am from here, I’m a Red Sox fan. Red Sox Nation is not a joke,” said Gillis, who grew up in Milton. “I needed to figure out how to make sure kids like it and make Red Sox Nation proud.” 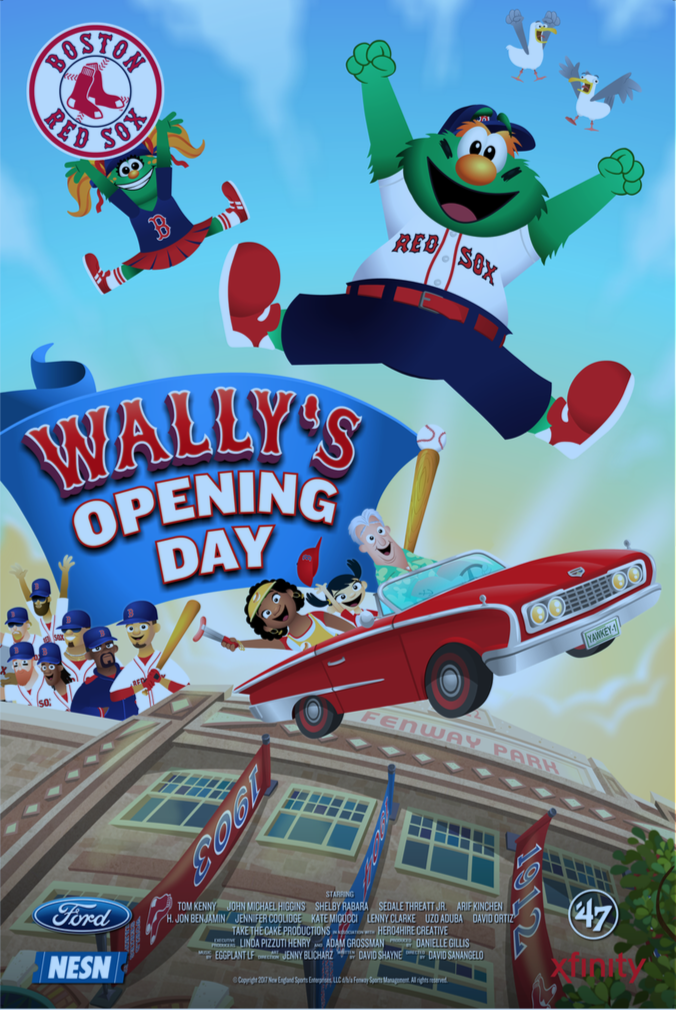 With so much history and so many stories to draw upon, Gillis had to find something that would fit into half an hour.

“We wanted to send him on a hero’s journey and we wanted to make it a Wizard of Oz type place, something exciting,” Gillis said.

Another must was to include examples of sportsmanship for youngsters to follow.

“It touches on teamwork, which is important in baseball, and resiliency – in baseball if you strike out you have to get up and try again,” Gillis said.

One of the keys to a good animated program, Gillis said, is to have lots of layers so kids and parents can watch together, and watch it over and over without getting sick of it. She needed a good script, and approached a friend of hers in Los Angeles, David Shayne.

She also thought it was important to include many people from the Boston area as the voices of the characters in the half-hour special. The cast includes some big names including H John Benjamin (Bob’s Burgers and Archer) who is from Worcester, Uzo Aduba (Orange is the New Black) from Medfield, Jennifer Coolidge (American Pie and Two Broke Girls) from Norwell, and Boston comedy legend Lenny Clarke (Rescue Me). There is even a cameo by Red Sox great David Ortiz. The biggest name for Gillis was Tom Kenny, who provides the voice of Wally.

“He is SpongeBob! He’s about as big as it gets in the world of animation,” Gillis said. “He started his standup career in Boston and he knew Lenny Clarke.”

“I am getting videos from so many people with their kids quoting the show. It is happening over and over,” Gillis said. “Even when I was taking are of my two-year-old niece, She said ‘When we get knocked down we get up stronger.'”

The Red Sox video is not Take the Cake’s only project. Gillis recently produced a video with local cookbook author Lauren K. Stein, showing her “Ginger Lemon Honey Butter” recipe. It appeared on the Huffington Post.

Gillis is looking around for more projects, and she is not sure whether Wally’s Opening Day will be a one-off or the start of a series.

“I’m going to meet with (the Red Sox) and see what they are interested in,” Gillis said.