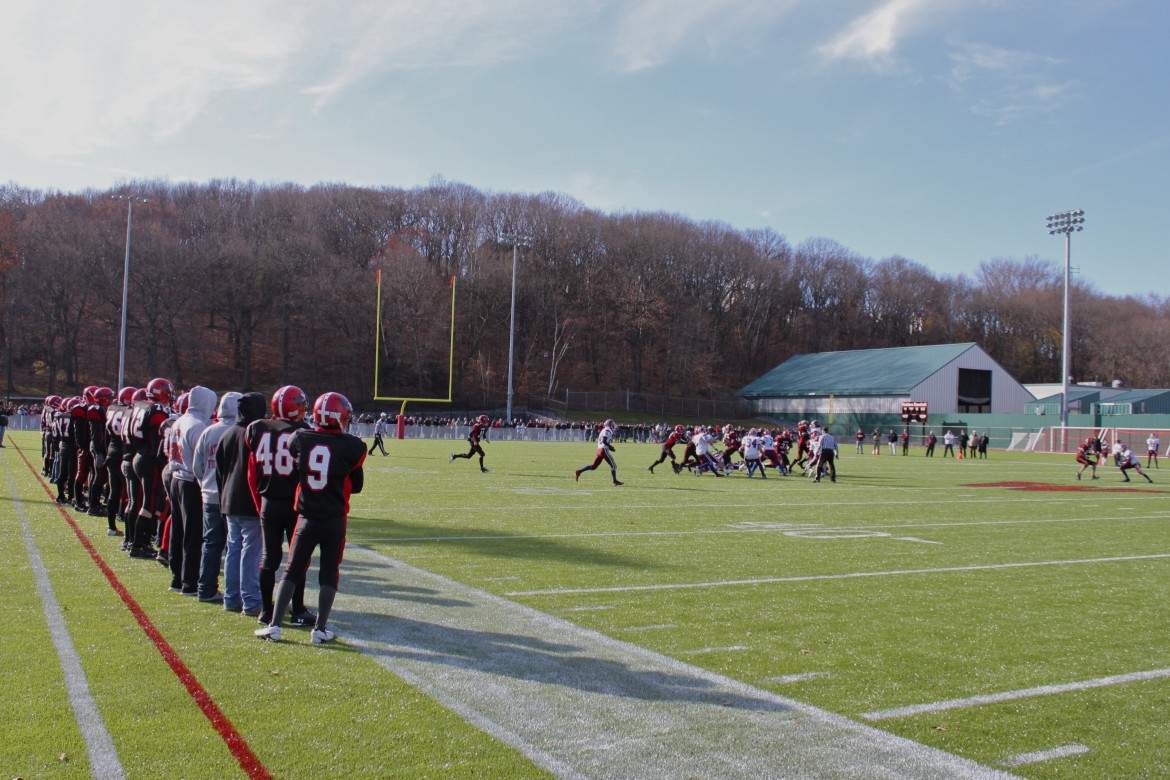 Victory Field is one of the most sought after fields for high school, youth sports groups and other users.

Last week, the Town Council’s Human Services subcommittee heard from many groups who use the town’s fields and tried to find a way to accommodate all of them.

Bill Furtado, president or Youth Baseball and Softball said while his group gets a lot of hours, the have specialized fields – diamonds – that cannot really be used for other sports. Soccer, meanwhile, seeks to use the same fields as many other users. Youth Soccer President Mark Leonard said Youth Soccer has grown quickly over the last few years to 760 players this year.

“We have grown by 400 kids, and we play fall – the high school season – and spring – the championship season for Youth Soccer,” Leonard said.

While soccer gets the third most hours, Leonard said not all hours are created equal, and he sometimes gets only an hour here and there and at times that cannot be used.

Meanwhile, the Watertown Men’s Softball League and the Watertown Reds baseball team want to make sure they still have access to their fields. In both cases they only have one spot in town where they can play – Filippello Park’s Grove Street field for Men’s Softball and Victory Field for the Reds.

Dave Smith, who is one of the leaders of Watertown Men’s Softball, said that his league is mostly made up of people from town.

“We grew up in Watertown. At one time we were youth athletes,” Smith said. “We want to use the facilities as adults.”

The league goes back to the 1960s, and has already cut back their time to allow others to use the fields, said Jon Kazanjian, one of the organizers. They used to have Filippelo Park’s field five nights a week, then they went to four and now have it three nights a week.

Reds’ coach Joe Chiodo said that the team does not start playing until 8 p.m. and that most of the team’s season is during the summer, when the Youth Sports are finished.

Plus, other youth sports groups want to make sure they get their share, too.

“My son is in Youth Lacrosse. There are not as many players, but just because of that doesn’t mean we shouldn’t have priority,” a mother at the meeting said.

The Recreation Department has a priority list for people applying to use the fields: First, the Watertown Schools and Watertown Recreation; second, Watertown Youth Sports: football, baseball and softball, soccer and lacrosse (sports “in season” get priority over “out of season,”; third, Watertown-based groups (with priority given to groups with higher percent of resident participants; and then non-town-based organizations (priority given to those with higher residency participation).

There is a final caveat: “Director of Recreation and his/her designee has the flexibility and final say in regards to field permit assignments.”

The last rule has raised doubt from some groups that the priority list is being followed. One mother who was at the meeting said, “When there is transparency there is trust. Clearly there is a lack of trust at this time.”

Some blame outside groups or for-profit organizations, such as Boston Ski and Sports Club and Hub Softball, for using hours that could go to youth teams. Mark Robarts, sports director at BSSC (which is based in Watertown) said that he already uses the hours left over after the youth teams get their times, mostly later in the evening.

Town Council President Mark Sideris said he believes it is not the policy that is the problem, but available space. Also, lights could provide more hours for teams to use the fields.

“We have a capacity issue,” Sideris said, who added that lights are due to be fixed at some fields in town by September, and others could be planned at the Victory Field track oval.

Some suggested that the town look into ways to use a part of the field not being used by the high school when they have the permit. WHS Athletic Director Michael Lahiff said his coaches already have problems with people coming over and using the field when the teams are practicing.

Town Coucnilor Tony Palomba said he does not want to see the policy changed.

“We are not going to change the policy that Victory Field is the High School’s facility,” Palomba said.

The Human Services Committee did believe that the biggest users could get together and divvy up the times together. Councilor Aaron Dushku suggested they get together after WHS teams have reserved their times. The subcommittee members voted 3-0 to have the Youth Football, Youth Soccer, Youth Baseball and Softball and Youth Lacrosse groups get together after July 15 to decide on the hours they will use.

Dushku wanted to make sure that there are hours left for other groups.

“We need to see if the policy lets anyone else (have hours),” Dushku said. “We should be aware there could be a possibility. We don’t want to push the Reds and men’s softball out of town.”

2 thoughts on “Groups Seek More Time on Watertown Fields, But Space and Time is Limited”