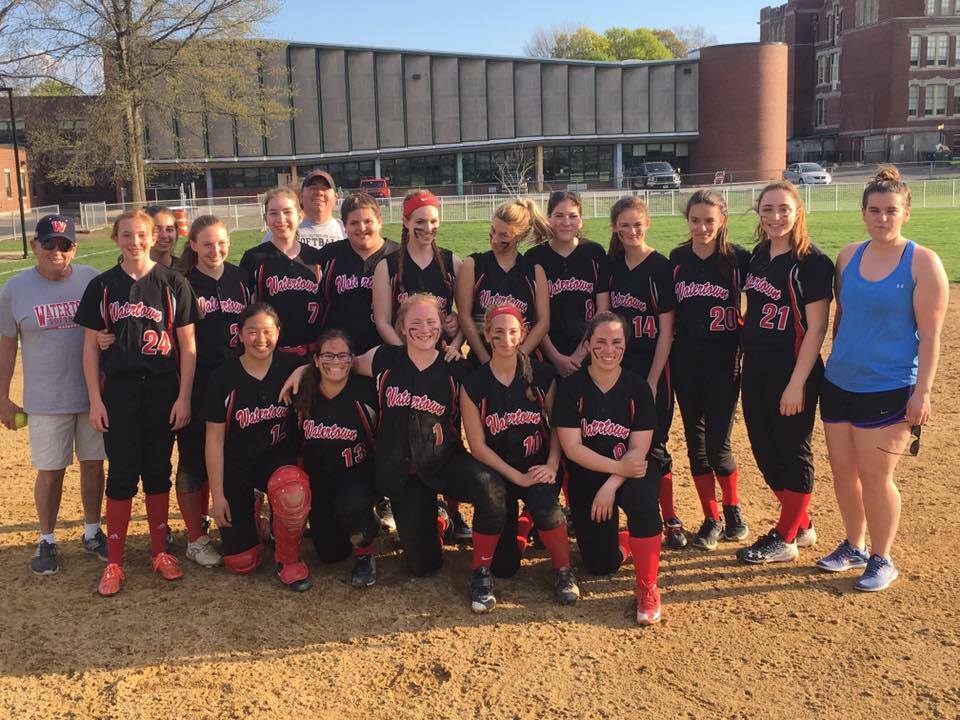 The Watertown softball team turned its season around after a slow start and now has a record of 6-4.

The Watertown High School softball team played in the tournament for the first time in four years.

After a successful regular, Watertown High School’s softball team made the MIAA State Tournament for the first time since 2013 and almost pulled off a win in their game against Arlington.

The Raiders fell behind 5-0 in the game at Arlington on Thursday, but like they have this season Watertown battled back.

Destiny Santalucia hit a triple to drive in Caroline Costa and Cali McMahon. Lauren Burns got a hit to center an scored Santalucia to bring the game within two runs.

In the fourth, the Spy Ponders added to their lead, but with the  bases loaded with two outs in the fifth Stella Papadopoulos got on base and sent Christine Zhu home to score. Costa got a hit to score Jacquie Furbish making the score 6-5 Arlington.

After the Spy Ponders go another run in the fifth, the Raiders rallied again. A Furbish hit to center scored Eva Alessandroni and Zhu to tie up the game 7-7 in the sixth.

In the seventh, and final inning, Arlington was able to score on a sacrifice fly, ending the game 8-7 and Watertown’s season. The Raiders ended the season with a record of 11-6.

Watertown sent three runners and a relay team to compete with the best track and field athletes in Massachusetts during the All-State Outdoor Championships at Bridgewater State University on Saturday.

Sophomore sprinter Mange Camara improved on his time in the 200 meters from the Div. 4 Meet last week, and got the 11th fastest time, with a 22.78.

Junior Emily Koufos ran 10 second faster in the mile run at All-States than she did in the Divisional Meet. Her time of 5:10.01 was 12th fastest Saturday.

Watertown senior James Piccirilli ran the 2 mile in 10:01.36 and finished 25th. That time was four seconds faster than his run at the Div. 4 Meet.