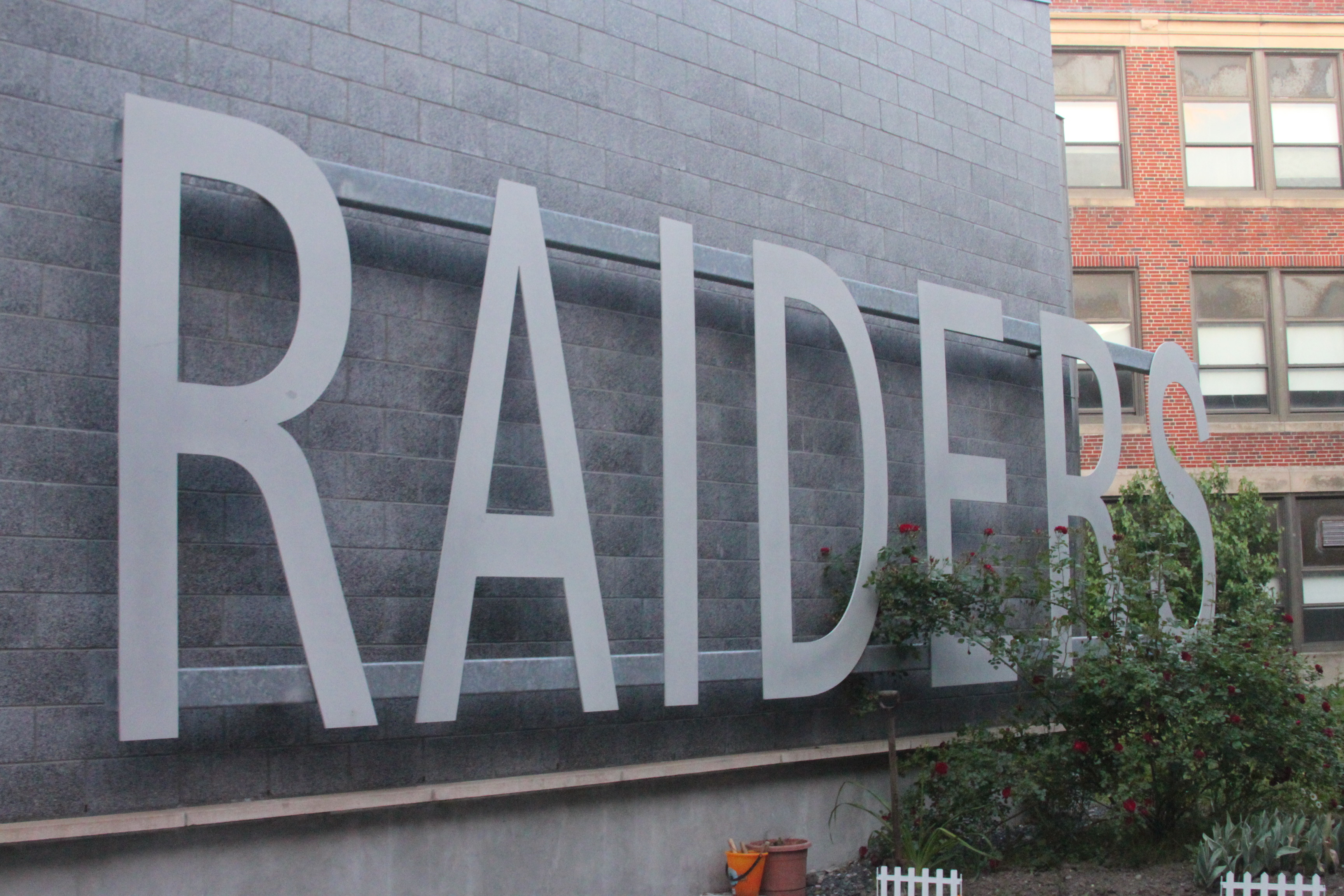 A sign inside an atrium at Watertown High School displaying the school’s – the Raiders. Currently WHS does not have an official logo, but a group is screening submissions to make a recommendation to the School Committee.

The group that will help select a new mascot/logo for Watertown High School will discuss the proposals for the new logo at a meeting next week.

On Tuesday, June 13 at 7 p.m. the Mascot Screening Committee will review the submissions for the new symbol of Watertown High School, said School Committee Vice Chair Kendra Foley, who chairs the Mascot Committee. The school will keep the Raiders name and the red, black and white colors.

“We have received 15 submissions,” Foley said at this week’s School Committee meeting. “We will review the proposals on June 13.”

The Mascot Screening Committee will meet again on June 20 when the final selection may be made to send to the full School Committee to consider, Foley said. A professional artist will take the approved submission and create the final logo.

This is the second time in recent years the Watertown High School mascot has been discussed. The first effort started at the High School and only included current students. Many objected to that, as well as the fact that the image of a dancing Indian was not being considered, nor was any logo with a Native American allowed. This time around, no such limit has been included. The first effort ended with the School Committee keeping the current status, with no official logo for the high school.

School Committee member Eileen Hsu-Balzer told her colleagues that legislation being discussed by the Massachusetts State Legislature may also impact the decision.

“The Legislature is taking up a bill that would outlaw using any American Indian logo and certain words like Chief or Brave,” Hsu-Balzer said.

The meeting is open to the public and will be held in the Innovation Space on the third floor of the Phillips Building, 30 Common St.