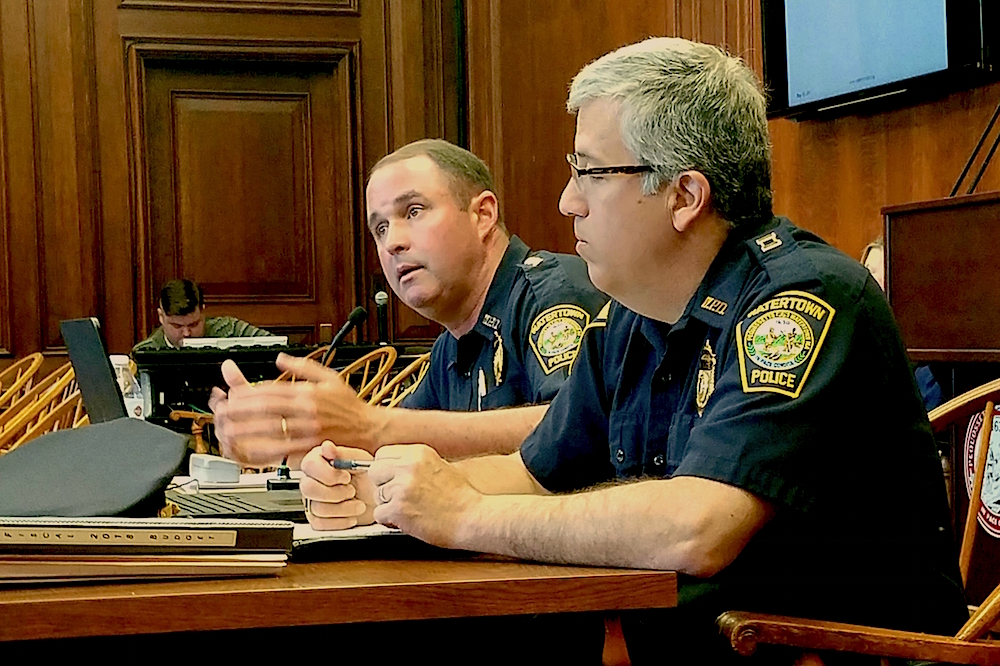 One of the biggest safety concerns for Watertown Police Chief Michael Lawn these days is people texting while driving, and he said he would like to see the state change the laws regarding cellphone use.

In many states drivers are not allowed to pick up their phone for any reason, but that is not the case in Massachusetts.

“I don’t know why we are not hands free,” Lawn said when he appeared before the Town Council for the Police Department’s budget hearing. “(Texting while driving) is a big problem.”

Texting while driving is illegal in Massachusetts, but Lawn noted that drivers can pick up their phone to make a phone call, so it can be difficult to prove what they were doing while holding their phones.

“I’m a proponent … that the state should go hand’s free,” Lawn said. “The states around us are hands free.”

Police can subpoena phone records of drivers, but Lawn said that is only done for investigations of more serious accidents.

“If it is a fatality we can get phone records to see if they were texting,” Lawn said. “We are not going to subpoena records for every accident. It costs money and time.”

Town Councilor Tony Palomba said that he heard of technology that allows police to scan a phone to see if someone was recently texting. Lawn said he did not think that police in Massachusetts would likely be able to use.

“There is no way that would pass in this state without a warrant,” Lawn said.

Lawn did note, however, that Watertown Police officers are on the lookout for people texting while driving. He added that he has a close relationship with his State Representative – his brother John Lawn – and he would be lobbying him.