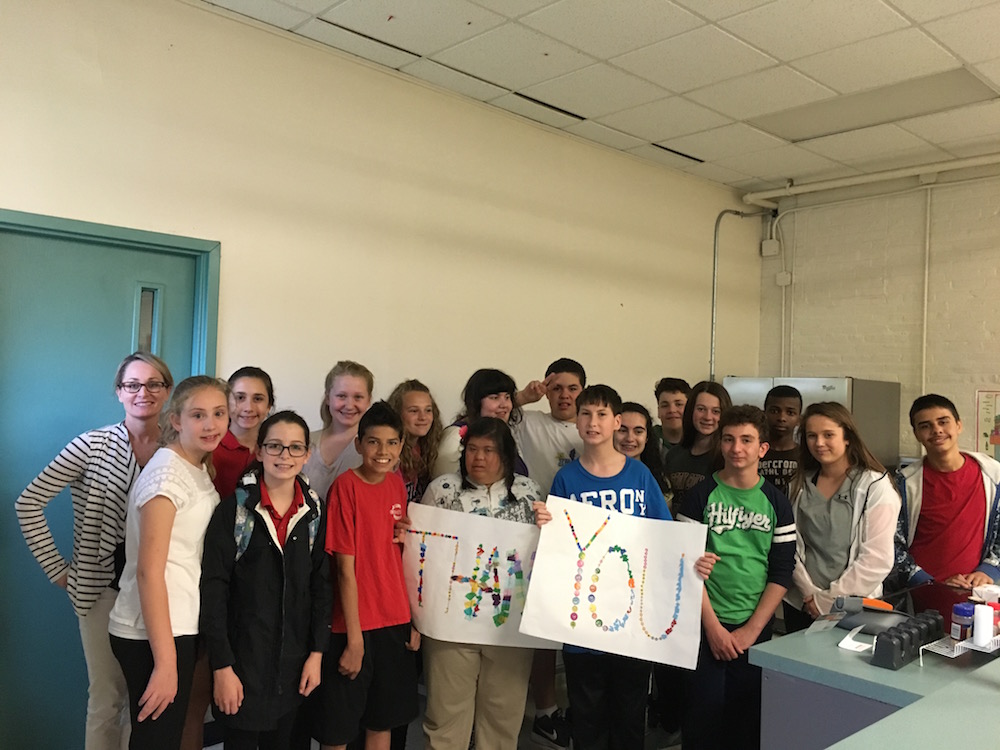 Students celebrate the renovation of the kitchen classroom at Watertown Middle School.

Students celebrate the renovation of the kitchen classroom at Watertown Middle School and thanked Belmont Savings Bank for its grant.

A kitchen used by students in the special education program at Watertown Middle School got a partial upgrade and improvement recently, bringing it into the current century.

The kitchen is left over from a now defunct program at the Middle School, said Principal Kimo Carter.

“Fifteen years ago we had a home economics program that got discontinued,” Carter said. “This room and the one beside it were the home ec rooms.”

The room has counters, cabinets, a stove, refrigerator and microwave. Now they are primarily used by students who have Individual Education Plans (IEPs) which require them to learn independent living skills, Carter said. An after school program with both special ed and typical students also makes use of the room. 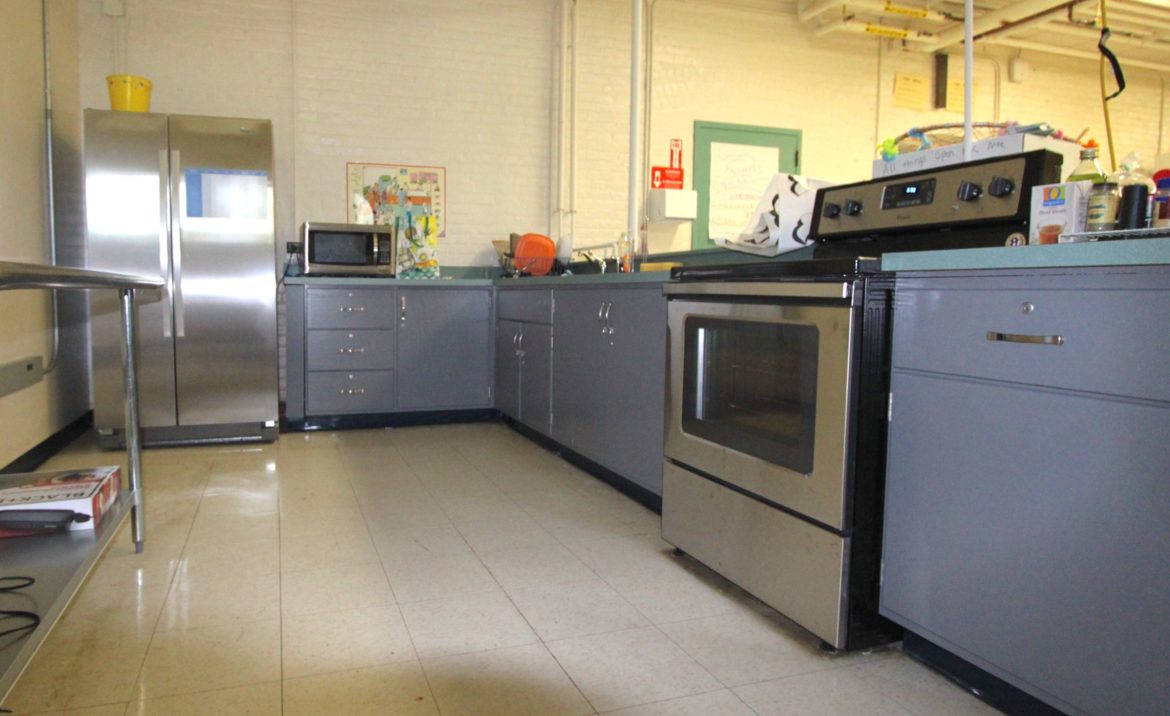 The new appliances and cabinets recently installed in a classroom used to teach independent living skills with to students at Watertown Middle School.

Other classes will come in from time to time to link cooking with a lesson they have in their class.

“Maybe our Italian class come into the kitchen and does some demonstrations,” Carter said. “In years past we have had cooking clubs after school. There are a lot of uses for a kitchen.”

For years, the classes had been using appliances and cabinets left over from the old home ec program. In 2015, Amy Donohue, who works for the Watertown Public Schools and is a co-President of the Watertown Education Foundation, wrote a grant for the Middle School Kitchen renovation and received $10,000 from Belmont Savings Bank.

“We couldn’t do as much as we wanted to,” said Carter who added that the school had hoped to combine the grant with money from the district. There are other priorities for the district capital money, including replacing the windows at the Middle School. 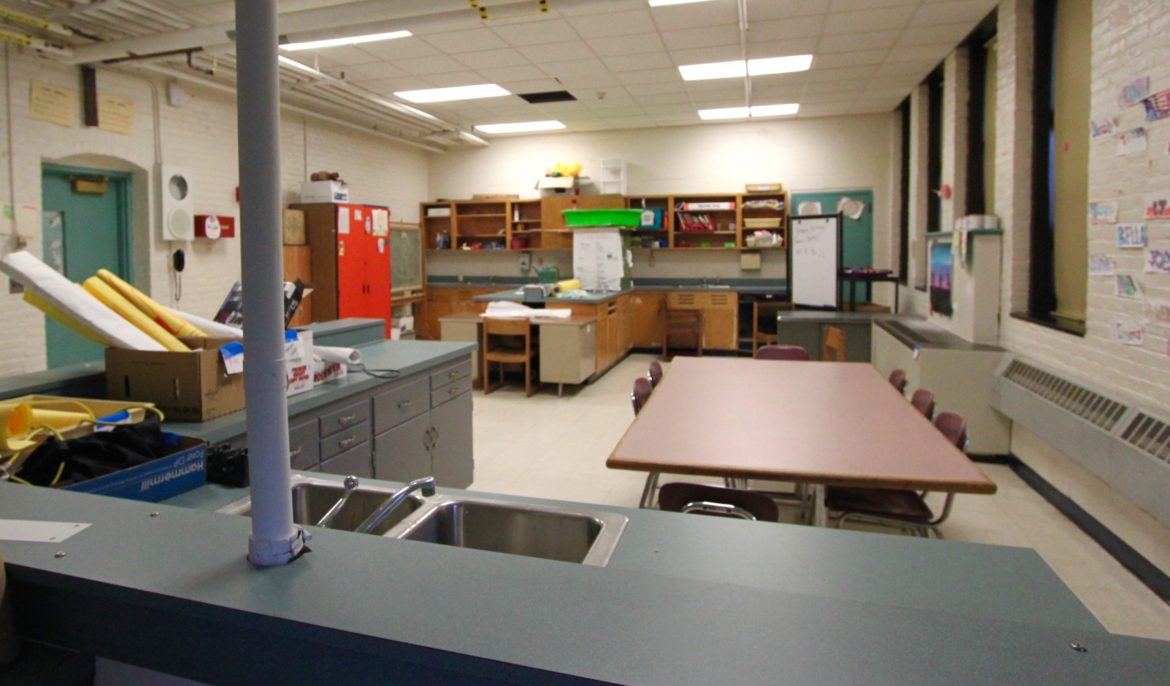 The work did not renovate the entire room. The old cabinets from the former home economics program can be seen in the background. Eventually they may be turned into a teaching area.

“We found out it was not cost effective and we went with new appliances. They work beautifully,” Carter said, adding that the cabinets were also replaced.

Steve Romanelli, the district’s director of facilities, oversaw the project and completed the work during February Break, Donohue said.

Eventually, Carter said he would like to take the other half of the classroom and turn it into a learning space. Other additions he and the staff would like to see is a clothes washer and dryer.

“(In independent living skills class) they learn everything from laundry to making lunch and self care,” Carter said.

One thought on “Watertown Middle School Classroom Kitchen Gets An Overhaul”