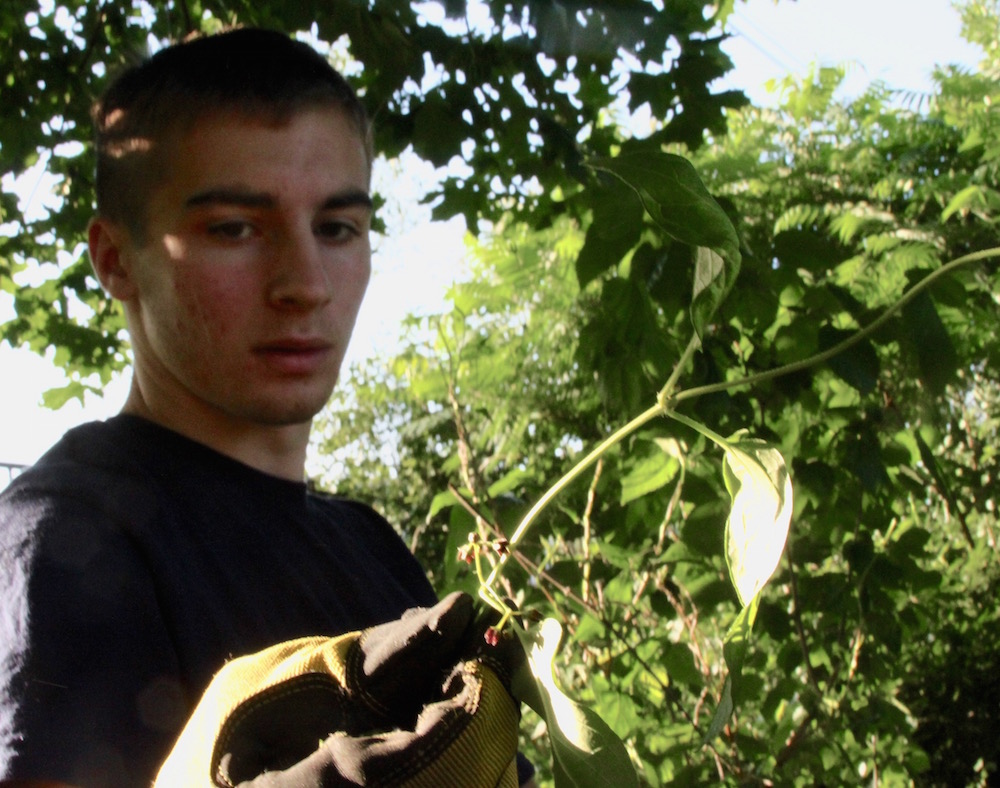 The Scouts from Boy Scout Troop 30 and Girl Scout Troop 63051 spread out along the Watertown Community Path – also known as the Watertown Greenway – to pull out as much Black Swallow Wort as they could in one evening.

The vine that has shiny, waxy dark green leaves, has found its way into Watertown in recent years, said Eric Cordeiro, one of the Scout leaders.

“I have lived in the East End for 17 years and never seen it until 3 or 4 years ago,” Cordeiro said. 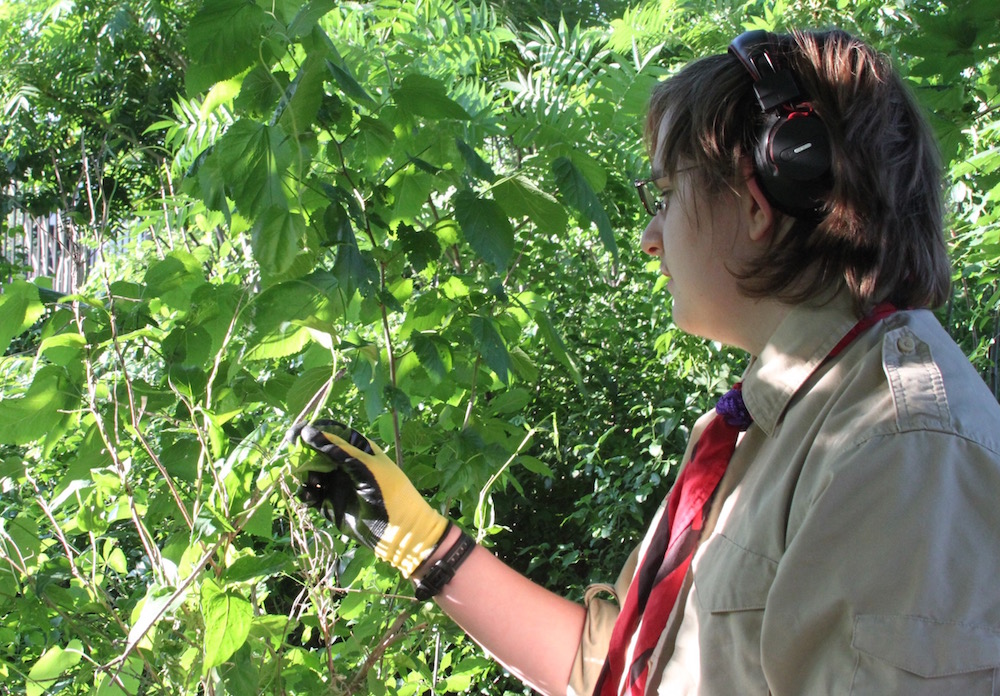 The Boy Scouts waded into the knee-deep grass to root out the invasive vines. Asked how they identify the plants, 16-year-old Nick Cordeiro said: “They have black, small flower.”

“And they have a kind of fuzzy, white root when you pull them up,” said 16-year-old Daniel VanRyn.

Later in the summer it will develop pods that look like light green chili peppers. The plant spreads quickly and can strangle other plants by tightly winding their way around them.

Just half an hour into the path cleanup, 14-year-old Patricio Pino said the group had filled three bags with the weeds.

While the Black Swallow Wort was first seen in Watertown on the East End, it has spread to the Westside of town, too.

The Black Swallow Wort is thought to have spread into Watertown from Cambridge. In that city, there is a group called the Pod Patrol, which looks for pods and collect them before they open and release their seeds. 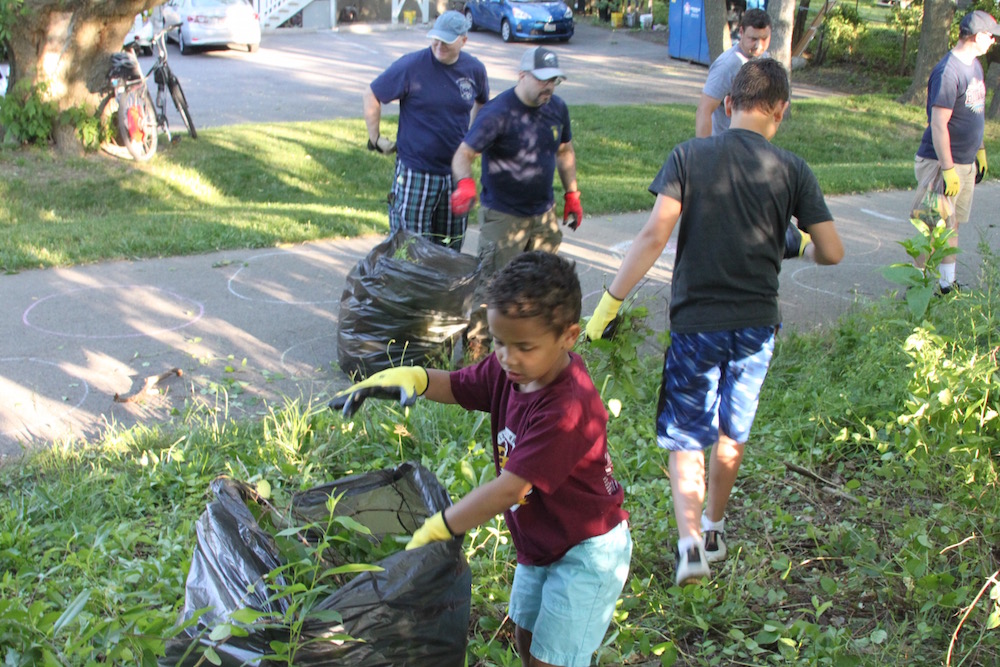 The scouts got a helping hand filling bags with Black Swallow Wort that they removed from the Watertown Community Path.

Eric said he had been hoping for the Boy Scouts to “adopt” the Community Path to clean garbage and do other things like remove the Black Swallow Wort.

“It is a beautiful path that doesn’t always get taken care of,” he said.

Find out more about Black Swallow Wort by clicking here.