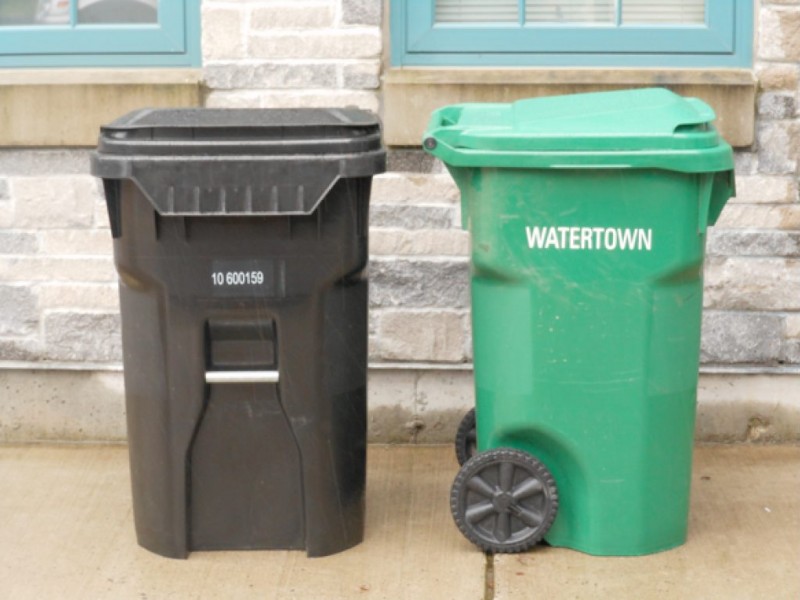 Residents will soon be able to purchase a second recycling toter – the green one – for less than before. 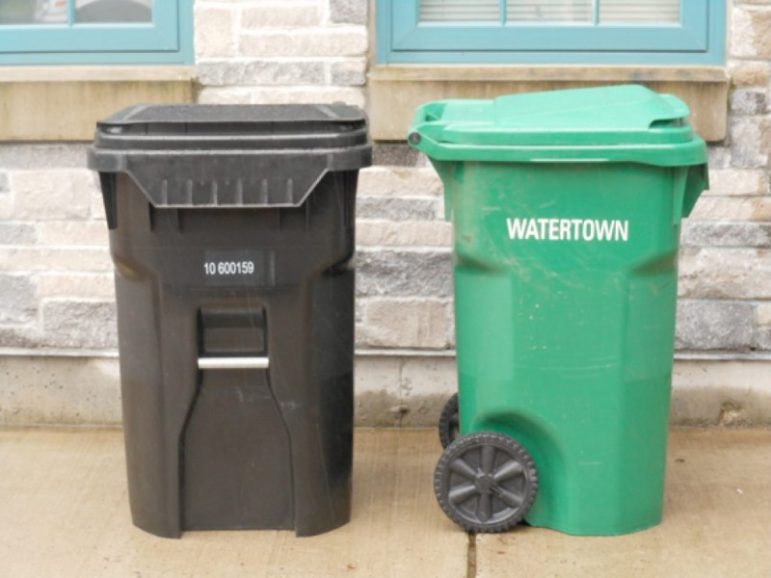 Residents will soon be able to purchase a second recycling toter – the green one – for less than before.

Advocates of recycling got good news Tuesday night when the Town Council approved the new trash and recycling removal contract – toters 50 percent off.

Residents in Watertown get one green recycling toter, which is collected every two weeks. For some this is not enough and the bin overflows. When Republic Services came to present the new contract at the June 14 Town Council meeting a number of Councilors said they hoped the price of an additional toter could be reduced from the $180 charged in the contract that ends June 30, 2017.

Tuesday night, Town Manager Michael Driscoll announced that in the time since the last meeting Town officials negotiated a new price for the additional recycling toters with Republic Services.

“We came to an agreement to purchase a second toter for $90, which works out to 35 cents a week (during the 5 year contract),” Driscoll said.

The Town does not allow residents to have a second trash toter because officials are trying to encourage recycling, which costs less per ton to collect and process.

Town Councilor Tony Palomba thanked the town officials for finding a way to reduce the price for residents.

Councilor Aaron Dushku noted that a year ago the Council received a petition asking for more recycling. In the new contract, the pickup will remain at every two weeks. Dushku recalled from the meeting earlier in June that Watertown diverts more tons from trash into recycling that several communities that have weekly pickup.

“Watertown is at 28 percent. The only one higher than us is Billerica, at 31 percent,” Dushku said. “I think in the next 5 years we will be able to pass Billerica. What do you say, Watertown? We can do it!”

While recycling is increasing in Town, sometimes toters are not picked up. Public Works Superintendent Gerry Mee said a common reason is that the toters are too full, and the lid won’t close. The trucks won’t pick those up, he said.

“If you crush it and the lid closes, that’s OK, or take it to the Recycling Center, that’s OK,” Mee said.

The hours for the Recycling Center on Green River Way, off Waltham Street, will remain the same – 9 a.m. to 4 p.m. Friday and Saturday. Along with cardboard, bottles, cans, and plastics, the recycling center takes yard waste (See a list of items accepted at the Recycling Center here). Town Council President Mark Sideris suggested that hours be added on Sundays.

“People tend to clean their yard on the weekend and it would be helpful to have the Recycling Center open on Sundays,” Sideris said.

Mee said if hours are added he will look into having them on Sundays.

The new trash and recycling contract begins on July 1, 2017. Toters will be available sometime after the contract begins. For more information contact the Department of Public works at 617-972-6420 or by clicking here.