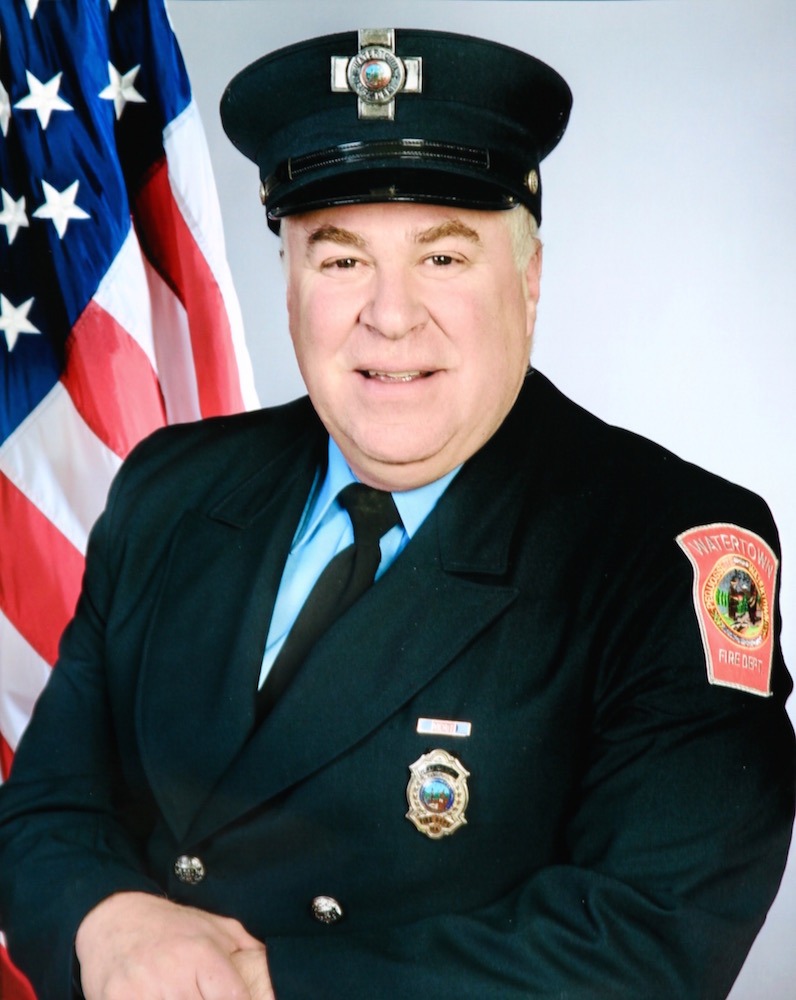 Firefighter Joseph Toscano, a 21-year veteran of the Watertown Fire Department, died Friday after collapsing during a fire. 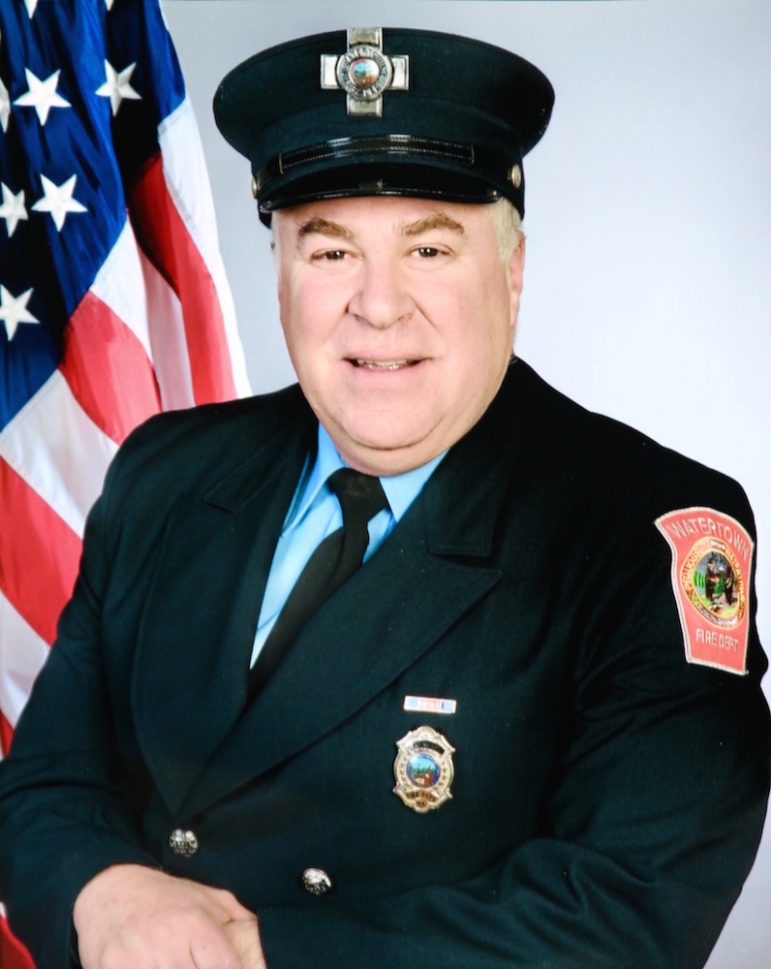 A memorial will be created in East Watertown for Firefighter Joseph Toscano, who died in the line of duty on March 17, 2017.

The corner near house where Firefighter Joseph Toscano lost his life during a fire will be named in his memory after the Town Council voted to approve the memorial.

“Be it resolved that the Town Council gratefully acknowledges the ultimate sacrifice made by Firefighter Joseph A. Toscano and hereby dedicates a memorial at the corner of Merrifield Avenue and Bigelow Avenue in honor of Firefighter Joseph A, Toscano,” Sideris read.

The fire that took Toscano’s life occurred in Kounelis’ district in the East End. She added that she believes it is important to have a memorial for a hero like Toscano.

“On March 17 a tragedy occurred in this community,” Kounelis said. “Tragedies occur everyday of our life but when tragedies occur that human being has loved ones, a family, and they should be remembered.”

Kounelis recalled how she often drives by a memorial for a Boston Police Officer killed in the line of duty. The sign is located at the corner of Pond Street and the Arborway in West Roxbury.

“There is a marker similar to the one proposed today,” Kounelis said. “It says Patrolman Peter Paul Oginskis, killed in the line of duty, May 5, 1923 – 94 years ago. I see this plaque, I know this person had a family – I don’t know the particulars that took place that dreadful day, but something did.”

Watertown Deputy Fire Chief Bob Quinn thanked the Town Council for being so supportive of the idea of a memorial for Toscano, which the Fire Department brought it forward in July.

“I wanted to thank the Council on behalf of the Watertown Fire Department, and also for Joe’s family,” Quinn said. “I know they will be very happy with this vote.”

“I am here to be a voice for the people of Watertown who are so proud of their Watertown firefighters and proud of Firefighter Joe Toscano, who lost his life in the line of duty. We will never forget,” Devaney said.

Driscoll said that Joseph Toscano’s name will be added to the Massachusetts Fallen Firefighter Memorial in Ashburton Park, next to the State House in Boston this fall. The ceremony will be held Friday, Sept. 8 at 6 p.m.

“Joseph Toscano’s family and members of the Watertown Fire Department will be in attendance, and the general public is invited to attend,” Driscoll said.