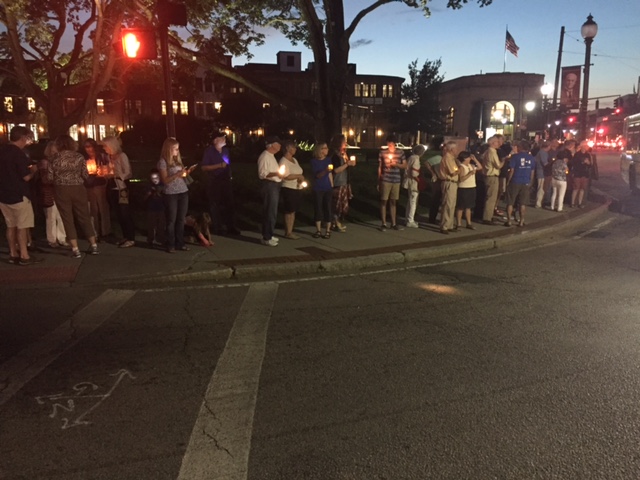 Residents came out Monday night for a candlelight vigil for the events in Charlottesville, Va..

Residents came out Monday night for a candlelight vigil for those hurt in the events in Charlottesville, Va..

Watertown residents lined the Watertown Square Delta Monday evening to show support of those injured during the demonstrations in Charlottesville, Va., over the weekend, and to oppose racial and religious hatred.

“Distressed by the bigotry and ensuing physical attacks in Charlottesville, and devastated by the deaths of Heather Heyer, Lt. Jay Cullen and Trooper Berke Bates, old and young gathered with candles to mourn the victims of the hatred that exploded over the weekend,” Watertown Citizens announced. 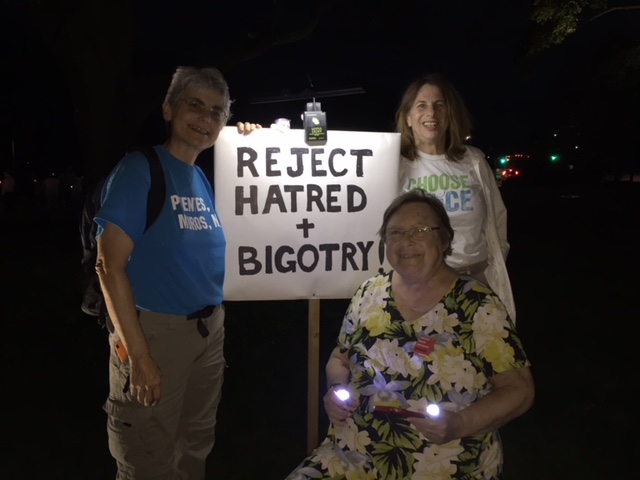 Sue-Ellen Hershman-Tcherepnin, Alice Kidder and Jacqui Gross spread their message against hate and bigotry at the Vigil for Charlottesville in Watertown Square.

The event was organized with less than 24 hours notice.

“It was clear that Watertown yearned to gather together and show its resolve to reject racial and religious hatred,” said Sue-Ellen Hershman-Tcherepnin, a member of Watertown Citizens. 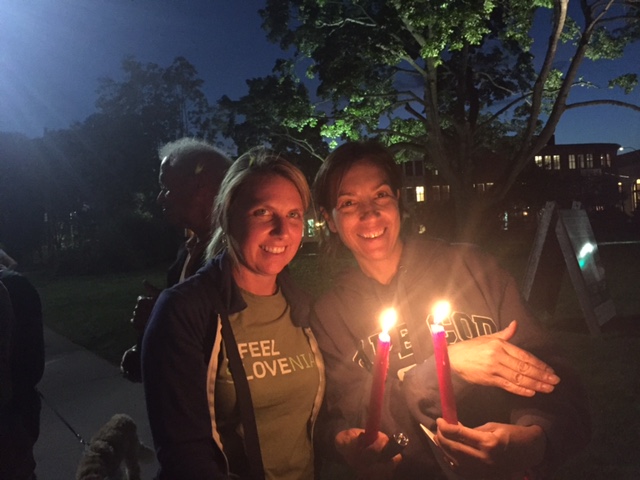 Kristin Chapron and Paula Bakerian show their solidarity for the protesters against the White Nationalist rally in Charlottesville, Va.

One thought on “Watertown Residents Protest Hate, Rally in Support of Those Hurt in Charlottesville”