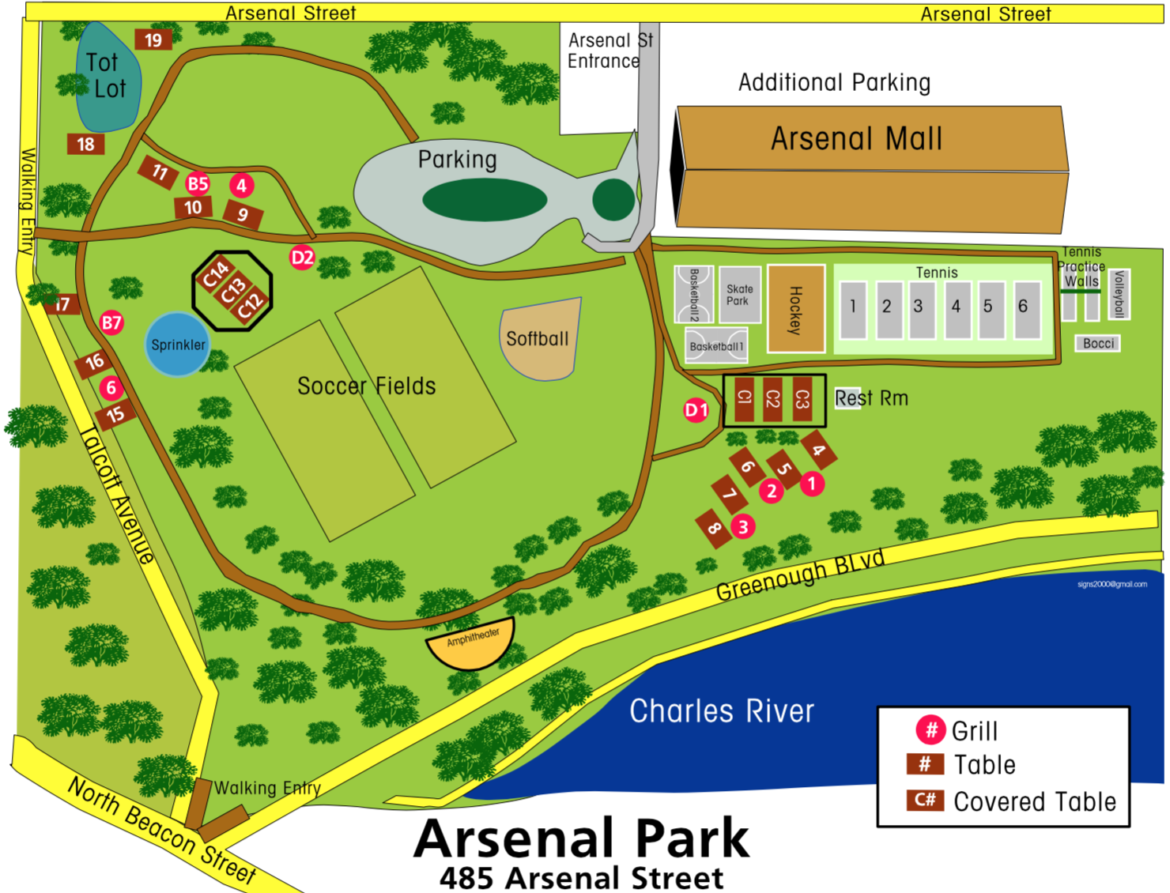 A map showing the current features of Arsenal Park. 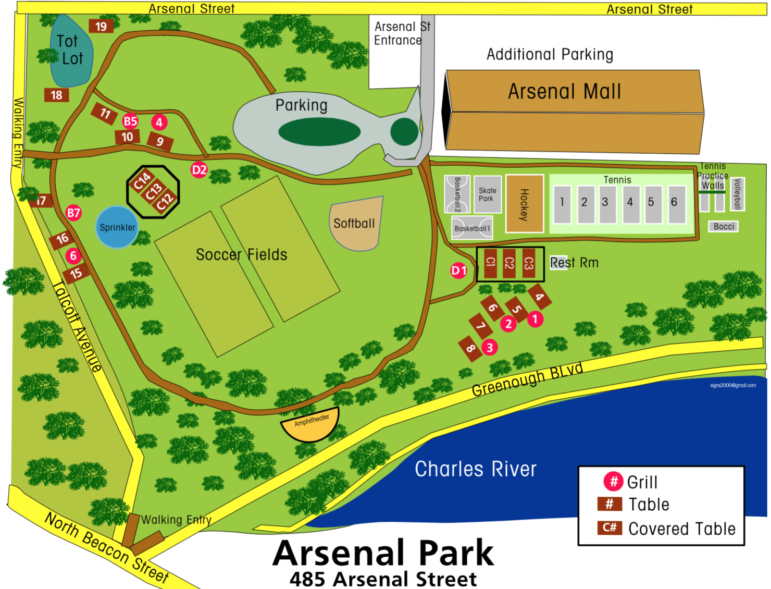 A map showing the current features of Arsenal Park.

In preparation to renovate Arsenal Park town officials are collecting ideas from the public for enhancements and additions to the park located off Arsenal Street, behind the Arsenal Mall.

On Tuesday night, the Community Development and Planning Department hosted a Community Meeting at the Watertown Library where residents broke into groups to brainstorm ideas.

Residents brought up a number of ideas for improvements including better access to the site. Arsenal Park can be hard to find, and the only auto entrance is through the Arsenal Mall parking lot. More parking would help, too.

There are bathrooms at the park, but they are quite far from the tot lot and spray deck, located on the far west end of the park. Attendees wanted more bathrooms near the children’s area.

While there are two gazebos, people thought additional covered areas would be a good addition. More benches and bike racks were also requests. Several people requested some sort of light, at least for security.

Some other suggested additions would be a covered tennis court that could be used year-round, and a swimming pool, or expanded spray deck. Others wanted to see one of the courts turned into a small soccer field for very young players. An area with flowers and a fountain was another idea. 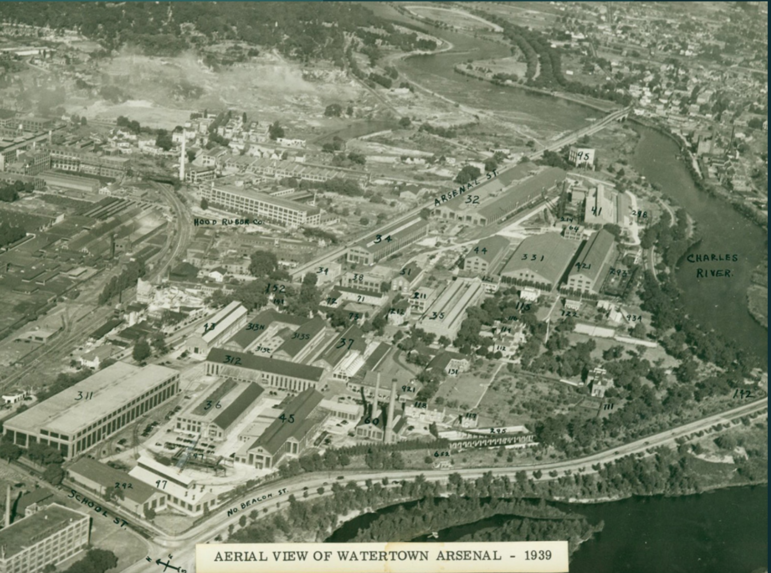 An aerial photo showing the Watertown Arsenal in 1939. The park is on the right side, near where the roadway curves. Buildings 421 and 35 and the foundations are now in what is Arsenal Park. The tennis courts are where 421 was located.

The area’s past put some constraints for the future of Arsenal Park. The buildings on the Watertown Arsenal used to extend onto parts of the park, Schreiber said.

“There was a building on top of where the tennis courts are. They demolished nine buildings in the park and we do not recommend demolition of the foundations,” Schreiber said. “There are buried foundations throughout the site.”

Residents brought up the concern of what may be under the ground, with the site having numerous industrial uses, including making munitions, cannons and there was even a small nuclear reactor. State Rep. Jonathan Hecht said he is confident the area has been cleaned up.

“This comes up often. The area has been studied and restudied,” Hecht said. “There has been remediation done and as of the early 2000s there was no contamination found. There are no limitations for use on the land.”

Another limitation is the buffer zone from the Charles River, where little can be done. The area, mostly along the south side of the park, near North Beacon Street, is mostly covered by trees, Schreiber said.

There will be another meeting about the Arsenal Park redesign, tentatively scheduled for Sept. 28. Residents can share their ideas on the Town of Watertown’s page for the Arsenal Park Planning process. Visit the page here: http://www.ci.watertown.ma.us/index.aspx?nid=867

2 thoughts on “Residents Weigh in on Enhancements, Improvements to Arsenal Park”