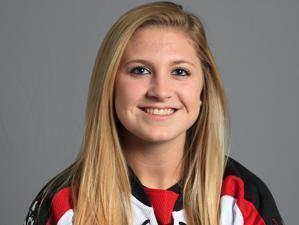 Northeastern hockey player Lauren Kelly, from Watertown, was selected in the NWHL draft.

Watertown’s Lauren Kelly was selected by the Boston Pride in the 2017 NWHL Draft.

Kelly, who plays defense, was taken by the Pride in the fourth round and was selected 16th overall in the National Women’s Hockey League draft on Aug. 17. She is going into her senior year at Northeastern this fall.

The Pride enters its third season in 2017-18, and plays its home games at Warrior Ice Arena – the Boston Bruins’ practice facility – in Brighton. Players are typically drafted before their senior year, but finish playing in college before joining their NWHL teams.

Last year, Kelly scored two goals and had eight assists for the Huskies, and played in all of the team’s games.

She attended The Winchendon School, and is the younger sister of Erika, who starred at the high school and college level in field hockey.