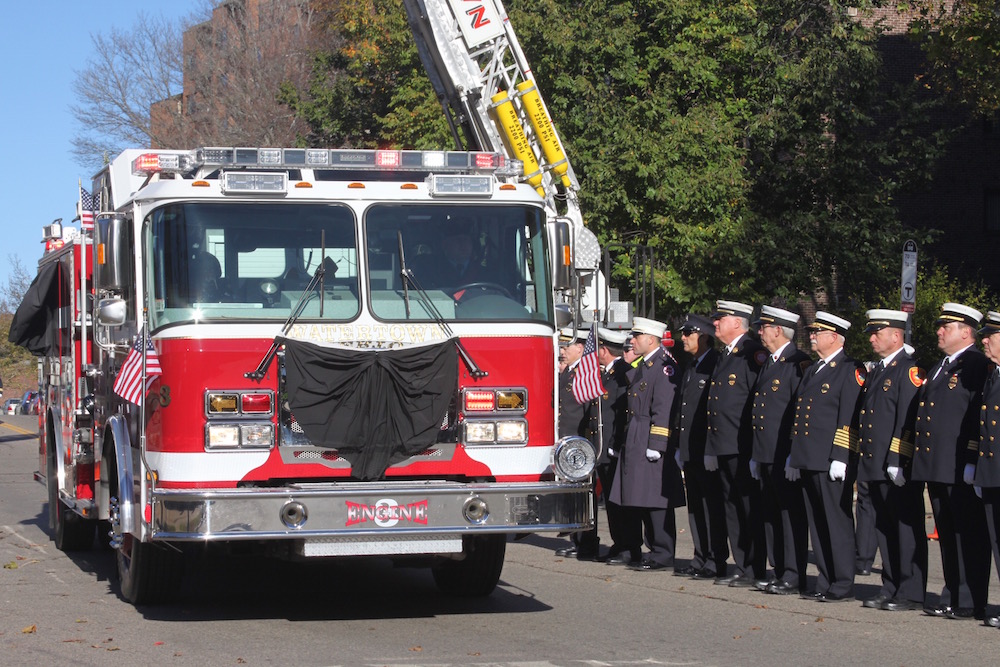 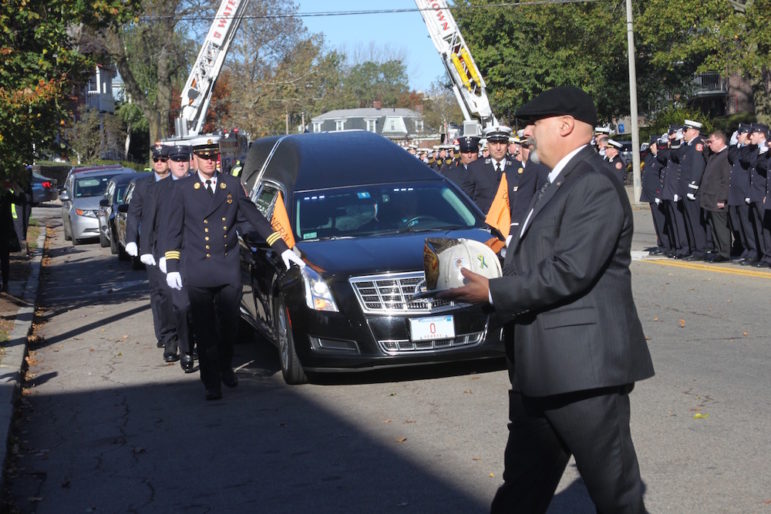 Joseph Orangio carries his brother Mario’s fire helmet before the funeral for the Watertown Fire Chief at St. Patrick’s Church. Behind him, pallbearers accompany the hearse carrying Orangio.

Friends, family and fellow firefighters packed St. Patrick’s Church Friday morning to say goodbye to Mario Orangio, a man who always had a smile on his face and who loved the Watertown Fire Department almost as much as he loved his family.

The Watertown Fire Chief from February 2004 to October 2017, Orangio was as appointed chief when he was just 37. Father Matthew Conley, parochial vicar for St. Pat’s and Sacred Heart Catholic churches, who is also the Fire Department’s chaplain, said the pain of Orangio’s death was worsened by the fact that he was taken by pancreatic cancer at such a young age.

“Adding to the sting of this day is that Mario was only 51 years old and battled a horrendous disease,” Conley said. “He was just too young.”

Orangio grew up in Watertown and graduated fro Watertown High School. He settled in Maynard with his wife, Sandra, and three daughters – Katlyn, Jaclyn and Jocelyn. During Friday’s funeral services at St. Patrick’s Church Orangio’s family and friends shared some of their many happy memories of him. 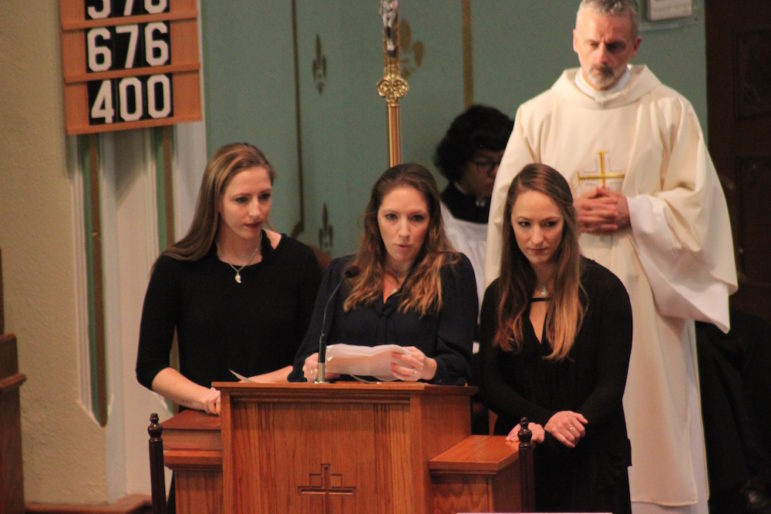 His wife and three daughters were the center of his life, “and he was the center of ours,” his daughter Katlyn said. She remembered the special times her father spent with his family, recalling that, “When Dad was around there was always smiles and laughter.”

Despite the long hours and many demands being a firefighter, and later Fire Chief, Orangio always had time for his children.

“As little girls we would wait anxiously for him to get home from work. Most days we were unaware that he was coming off a 24-hour shift at the station followed by another shift on the ambulance,” Katlyn said. “His demanding work and limited sleep never stopped him from from immediately romping around and playing with us the second he walked in the door.”

More recently, Orangio discovered the joys of being a grandparent.

“The day that Harper Jean came along was just the icing on the cake for him,” Katlyn said. “He often told me that there was no love quite like the love he felt as a Papa.” 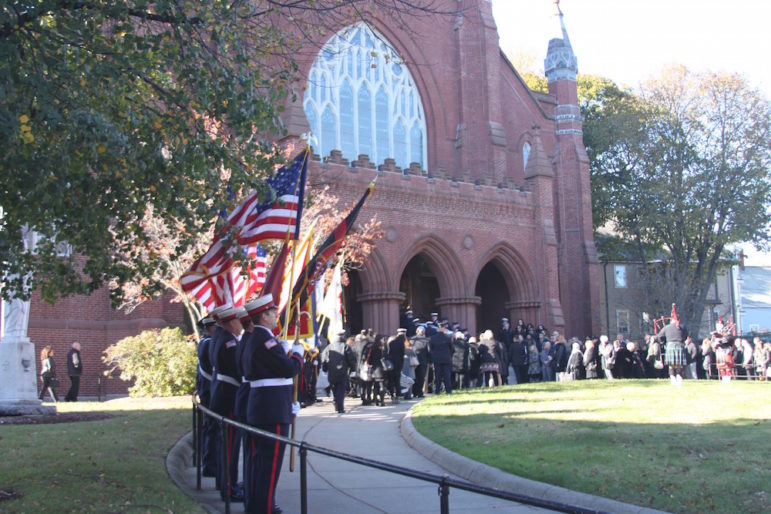 Wellesley Fire Chief Rick DeLorie, shared some stories of times he spent with his close and longtime friend, Orangio. DeLorie said he would laugh himself to tears thinking about some of the stories, but added that most of the stories are not suitable for church.

“His compassion was his greatest attribute, in my opinion,” Orangio said. “He always tried to the right thing for others, no matter how it impacted him.”

Quinn recalled how Orangio was always there for the members of the Watertown Fire Department.

“He was always there to work with us at fires whether it was 2 p.m. or 2 a.m.,” Quinn recalled. “He was always at the hospital to see injured fire fighters and always checked in with a call.” 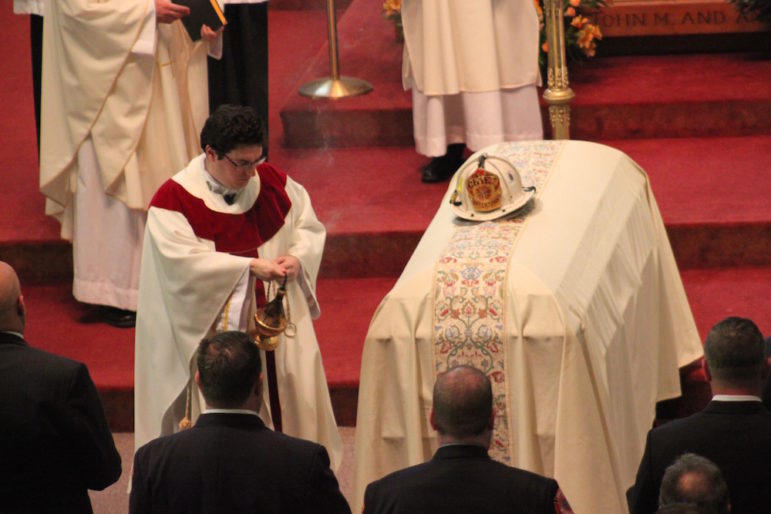 Along with serving as Watertown Fire Chief, Orangio also served as president of the Fire Chief’s Association of Massachusetts and was appointed to the Massachusetts Fire Training Council by Gov. Deval Patrick and reappointed by Gov. Charlie Baker. In 2014 he was named chairman of the council.

Orangio worked to do the best for all firefighters, not just for the WFD, Quinn said. At the same time, he made sure the Watertown Fire Department had the latest training and equipment.

“Our health and safety was his highest priority at the Fire Department,” Quinn said.

Orangio accomplished his goal of making the Watertown Fire Department better than when he started, Quinn said. Of all his accomplishments, the biggest one was upgrading the EMS service in Watertown into ALS (Advances Life Support) paramedics.

“This service upgrade is so beneficial to our citizens, visitors and our department,” Quinn said. 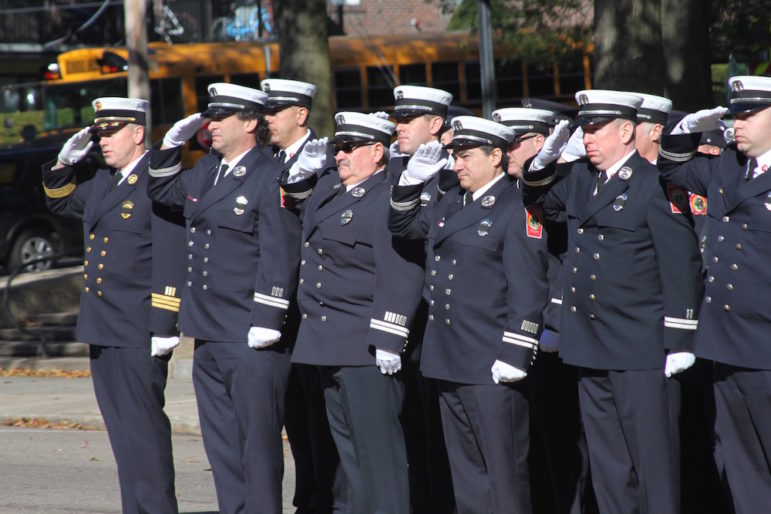 Quinn said to Orangio’s family that he can’t imagine the pain and grief they are feeling in their hearts.

After the service, a procession took Orangio past all three Watertown Fire Stations before the burial at Ridgelawn Cemetery. 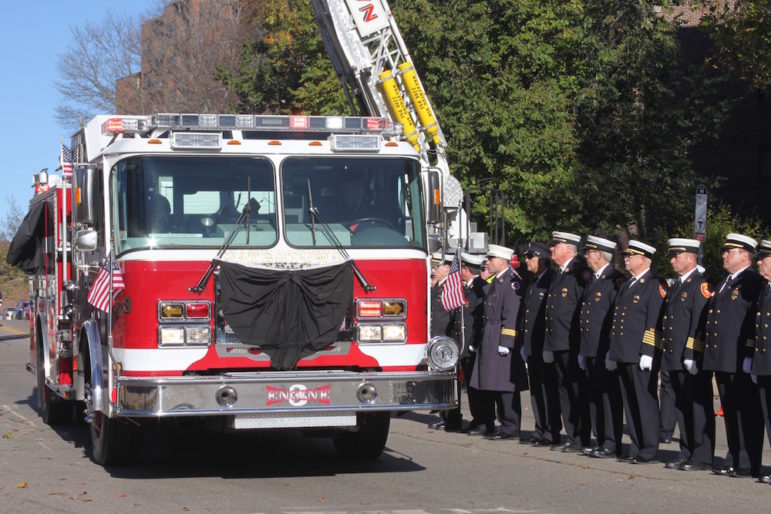