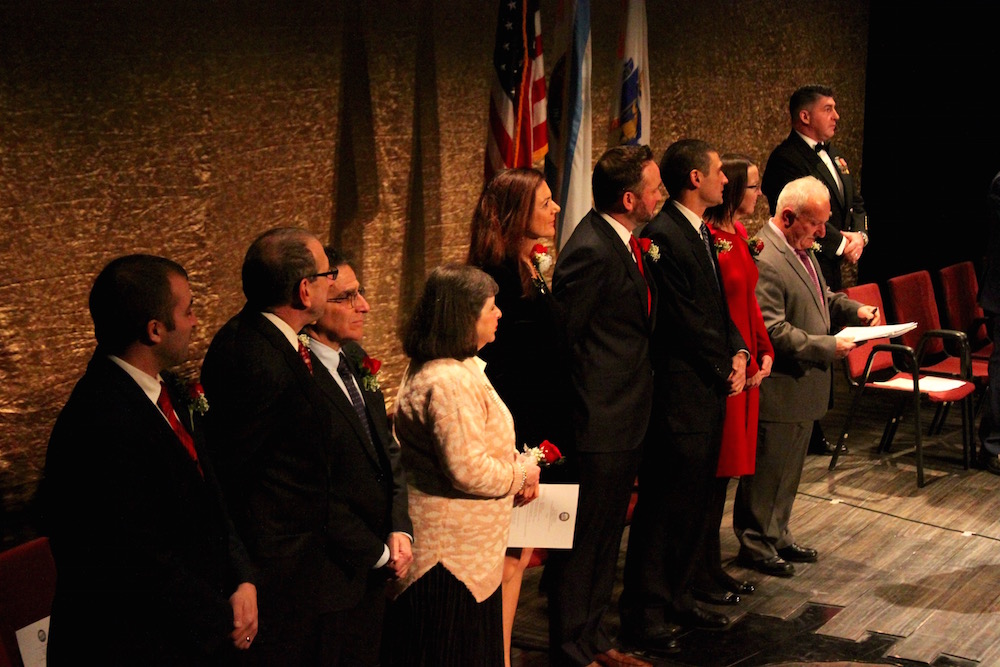 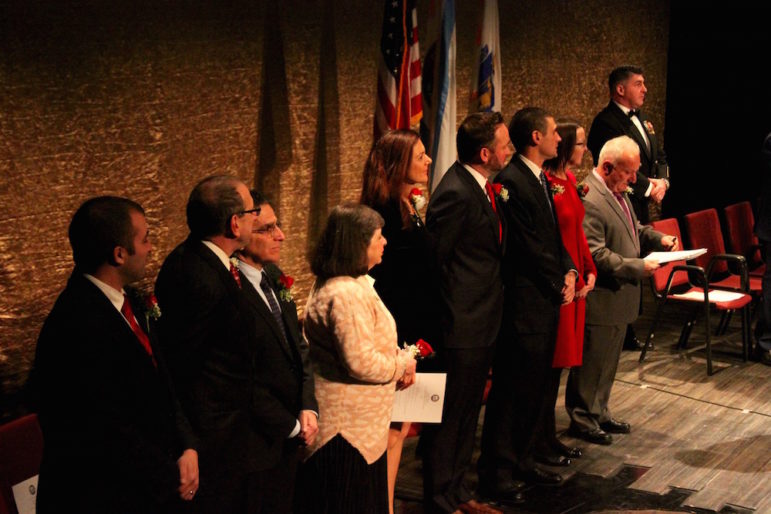 At the Watertown Inauguration on Tuesday, one of the newly elected Town Councilors stood out by kneeling during the Pledge of Allegiance.

Caroline Bays, who was elected to her first term as Councilor-At-Large in November, said she knelt in prayer during the Pledge. She then stood for the National Anthem.

Bays said she was kneeling in support of those who have had their freedoms curtailed.

“The Pledge of Allegiance states that we are a nation which stands for liberty and justice for all,” Bays said in a statement. “As long as U.S. citizen’s can’t freely move about our country without fear of harassment, of imprisonment, of death, simply because of the color of their skin – we are not honoring the principles the flag stands for.”

Bays said that while the Pledge includes the word “indivisible,” she believes the United States is more divided than it has been since the Civil War, and is concerned that Democrats and Republicans view each other as “enemies.” She hopes people from both sides can find ways to come together around the common things they want for their families and their communities.

She added she does not take the flag lightly, and in fact is a distant relation to the the woman who is said to have designed the first American Flag

“Betsy Ross is my five times great-grandmother,” Bays said. “She lost two husbands fighting for our freedoms. She risked everything to fight for the liberty of others and she would expect me to do the same. I respect the flag, which is why I can not in good conscience say an oath to the flag when our country does not extend liberty and justice to all our citizens.”

Bays said she has not personally heard any comments about her kneeling in prayer during the Pledge of Allegiance, but has seen comments on Facebook.

“My only response to those is that I’m not from Cambridge – I’m from South Carolina!” Bays said.