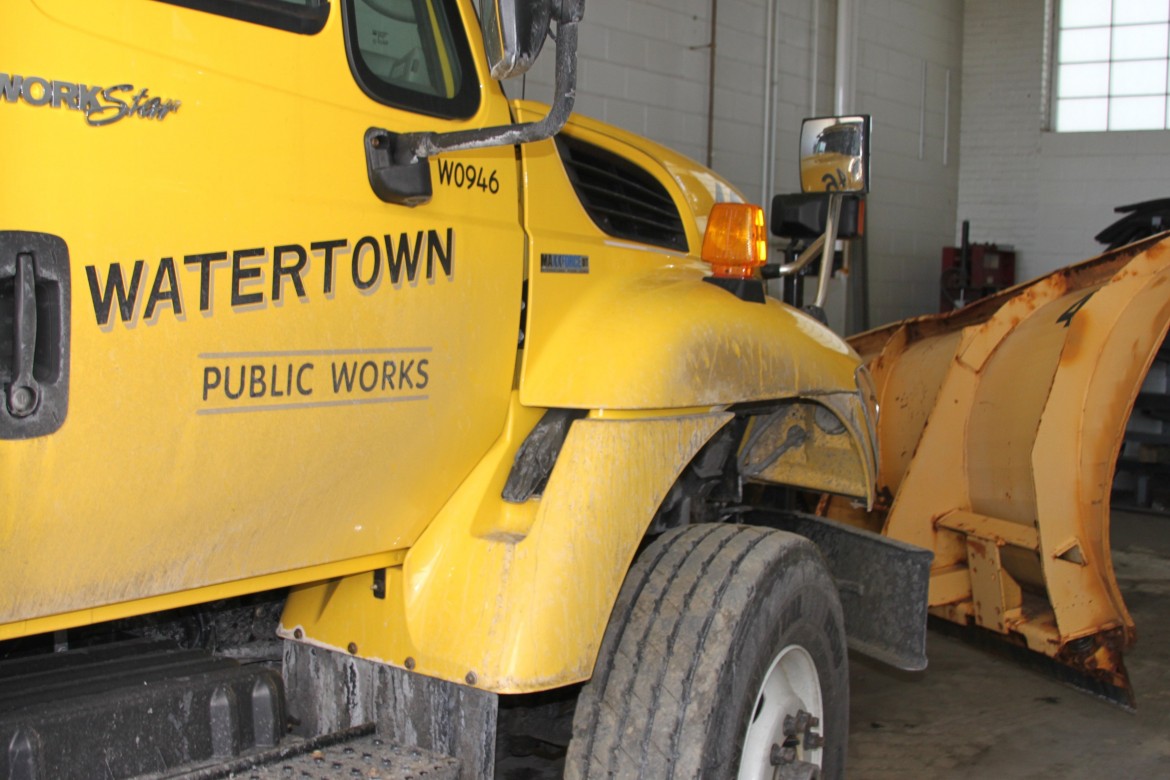 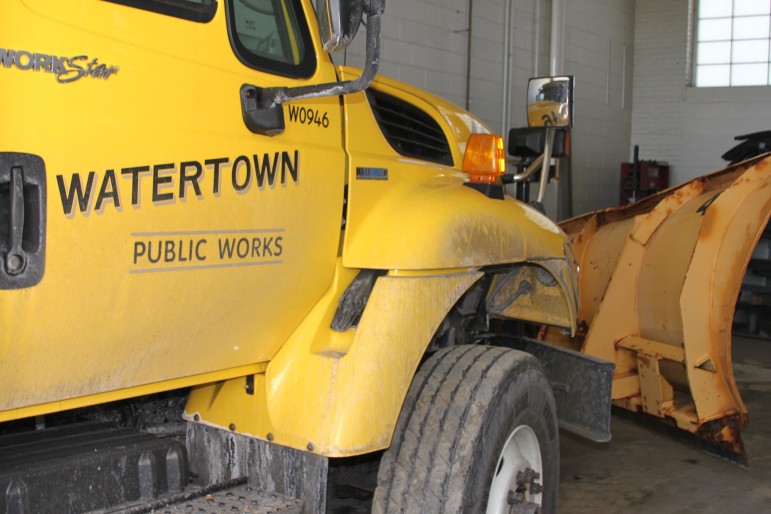 With a storm that lasted most of Thursday, and dropped North of a foot of snow, Watertown’s Department of Public Works crews have been busy the last couple days.

Snow totals in the area show that more than a foot of snow fell in Watertown. The National Weather Service reports that West Newton got 15 inches and it measured 13 inches in Arlington.

The storm was a tough one to handle, said DPW Superintendent Gerry Mee.

“It was not the biggest accumulation but because of the cold temperatures and intensity of the storm it was very difficult,” Mee said.

The snow emergency and all-day parking ban will remain in place for now because roads have been narrowed by the snow, Mee said.

The DPW received some calls from residents upset that their driveways were plowed in, Mee said.

“We are sympathetic, but in the normal operations of clearing streets of snow people’s driveways are going to get blocked,” Mee said.

DPW crews began pretreating the roads in Watertown early in the morning of Jan. 4 and are continuing Friday, said Dennis Sheehan, the DPW’s Director of Administration and Finance.

“We have multiple trucks still cleaning up sidewalks and general cleaning as we speak and crews will be spending the next few nights cleaning bus stops, crosswalks, sidewalks, hauling and cleaning of parking areas,” Sheehan said Friday. “During the height of the storm, there was close to 70 pieces of equipment on the street.”

Mee said he expects crews to be out clearing sidewalks, bus stops and handicap ramps on the major streets around town. They will also be clearing snow from the corners to make it easier to navigate turns in major intersections, Mee said.

“I anticipate we will be out there quite a bit over the next number of days,” Mee said.

“We had some broken pipes, and medical calls, but nothing crazy,” Iannetta said.

Both pipe breaks were due to the cold weather, Iannetta said, and were in unheated areas of the building.

A couple wires came down, but they were telephone wires not electrical, he added.

Sheehan seconded the need to clear hydrants, as well as catch basins on the street, and said residents can lend hand.

“As always, we appreciate the patience of the residents during the cleanup process and would like to remind them the importance of cleaning out fire hydrants and catch basins in their area,” Sheehan said.

Another result of the storm is the special recycling event scheduled for Saturday, Jan. 6 has been postponed until Feb. 10, 2018, Sheehan said. The Recycling Center was closed Friday, Jan. 5, but will be open Saturday, however styrofoam and documents to be shredded will not be accepted.