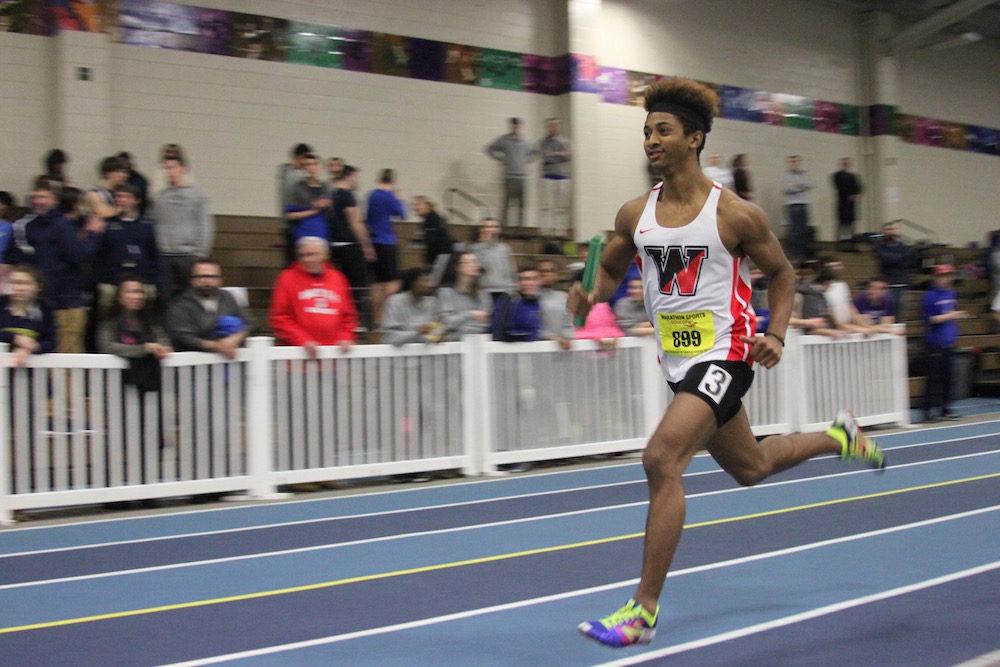 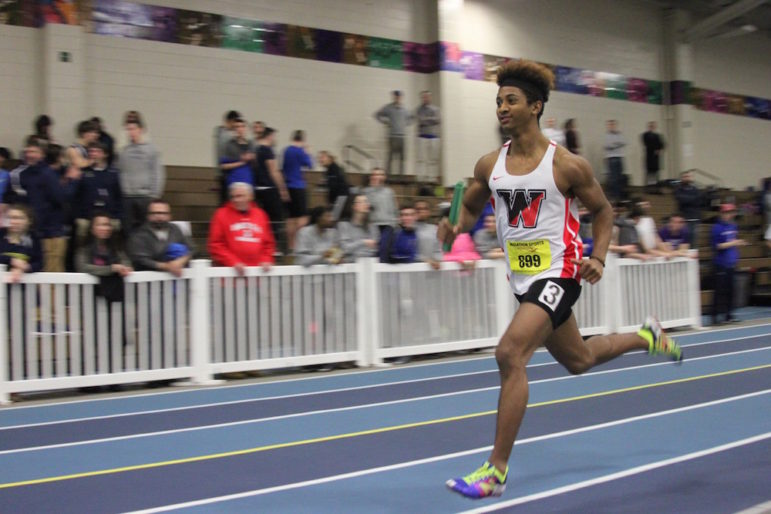 Watertown High School sprinter Mangé Camara recently had what his coach called “perhaps the finest individual performances in the history of Watertown indoor track and field.”

The junior broke not one, but two Watertown High School records at the MSTCA Speed Classic at the Reggie Lewis Track and Athletic Center on Dec. 29. The meet includes the top sprinters in Massachusetts in all divisions, said Watertown track and field coach Tom Wittenhagen.

“In this history of Watertown indoor track and field I can think of no other athletic performer who set two outstanding school records in a single day. I don’t think that has ever been duplicated,” Wittenhagen said. “And he is only a junior.”

Camara competed in the 55 meter dash, and placed fourth with a time of 6.66 seconds. This bested the WHS record by .07 seconds, which was set by Ryan Quinn in 2007.

Then came Camara’s specialty – the 300 meters.

“He had an outstanding race finishing first and beating the other 255 contestants by more the .5 seconds,” Wittenhagen said. “His winning time of 35.44 seconds set a second school record, qualified him for the National Championship and is the second fastest time in the state at this point in the season.”

Camara has some big meets coming up, including the Middlesex League meet on Feb. 5, the MIAA Div. 5 meet on Feb. 15, All-States on Feb. 24 (all at Reggie Lewis Center in Boston) and New Balance Nationals in New York City on March 9-11.