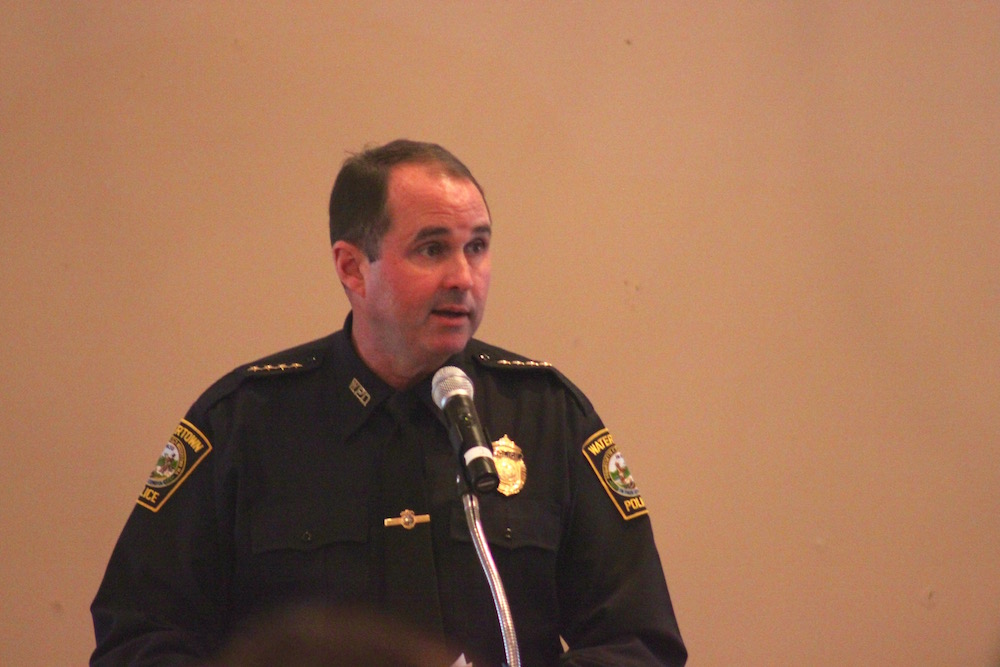 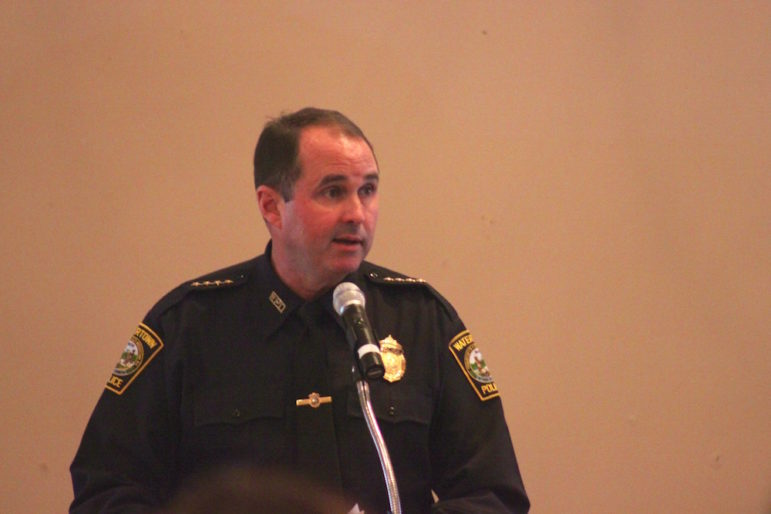 Watertown Police Chief Michael Lawn spoke about his department’s effort to help and protect everyone in town, regardless of immigration status.

Watertown Police Chief Michael Lawn told those attending the Unity Breakfast Monday morning that this week the Watertown Police will release its policy for working with immigrants, and it will stress seeking to help and protect people regardless of citizenship.

For the second year in a row, the event that celebrates the life and work of Martin Luther King Jr. was the forum for Lawn to address how police work with immigrants in Watertown.

Last year, just before the inauguration of Donald Trump, Lawn assured immigrants that they should not be fearful of the Watertown Police. Monday, the chief repeated some of his words from last year.

“What I want people to know is that we are here to help you in Watertown,” Lawn said, quoting his speech from last year. “We are not concerned with your race, religion, citizenship, gender identity or anything else. We are concerned with individuals trusting us that if you are calling us we’re coming to help you.”

He added that the Watertown Police Department is still committed to protecting everyone in town.

“Nothing has changed with the Police Department over the last year in how we deal with our immigrant populations,” Lawn said. “What has changed is the politics, and this has made many of our immigrants uneasy and fearful and I fully understand them.”

Lawn announced a new policy would be released sometime this week that came from a collaboration between the Police Department and citizens groups.

“The new policy we have written merely puts in to writing what we have been doing all along and will continue to do in the future,” Lawn said.

Lawn said he worked closely with Sue-Ellen Hershman and Will Twombly in the effort. Hershman is the president of Watertown Citizens for Peace, Justice and the Environment, and Twombly is a founder of the World in Watertown group, which sponsored the Unity Breakfast.

While Lawn said the policy puts into writing the Watertown Police are doing to work with immigrants, he said not everything can be captured in such a document.

He also asked people to help police reach out to everyone, even those who remain fearful of them.

“To any immigrant or anyone who knows an immigrant who is afraid of the police – we’re here for you,” Lawn said. “This policy is one step, but let’s not stop here. I hear the stories that there are people in town who are fearful of the police, but I tell people … if you know of these people, bridge that gap. We can’t do this alone as a Police Department.”

Lawn said he will meet anyone anywhere, and will get out of his uniform and put on jeans and sneakers to reach people in a less threatening way.

The town’s police officers want to help everyone, Lawn said, and he pointed to a situation a few months ago when they were dealing with a domestic incident between a husband and wife who happened to be immigrants. He noted that while the incident happened in Watertown the family lived in Everett.

While the woman was being interviewed by detectives she told them that now that she was estranged from her husband she was worried about getting diapers and food for her children.

“The officers went around and got everyone to chip in money. They went down to the store and they got her diapers and got her food, got a gift card from Stop & Shop and they arranged for transportation home for her,” Lawn said. “There was never a discussion of her immigrant status or anything like that. That’s the work you won’t see in the policy, but why I am proud of this Police Department.”

Follow Watertown News for more coverage of the Unity Breakfast.