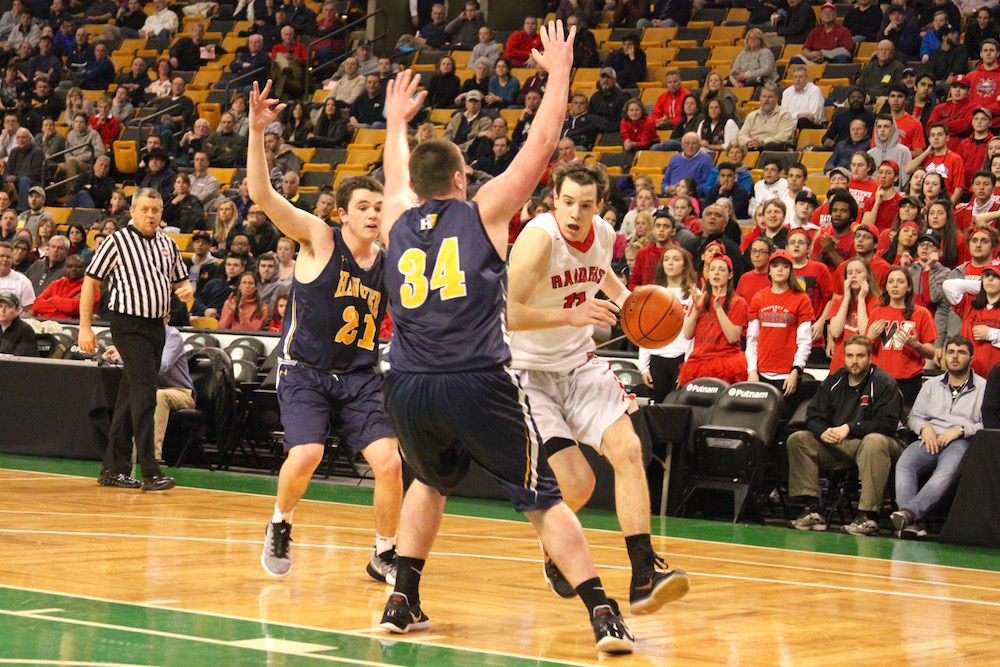 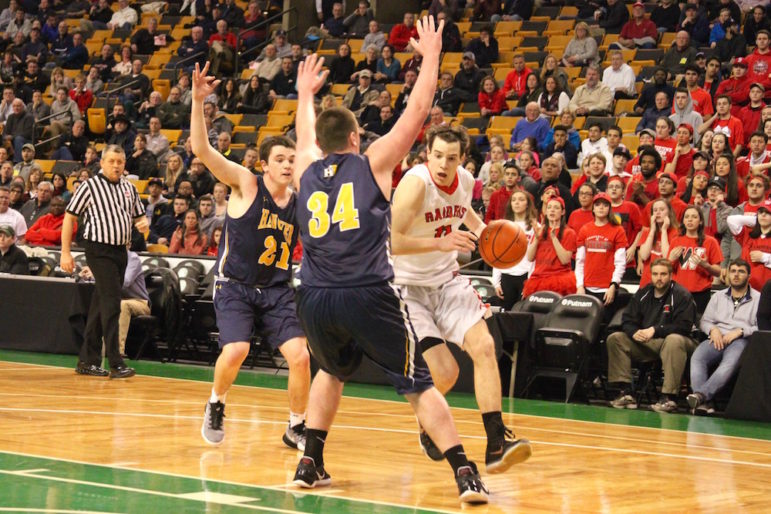 The Raiders’ boys basketball team – led by the senior duo of John Korte and Julio Fulcar – suffered a close loss to rival Belmont Friday  night in the WHS Gym.

Watertown lost 59-56 to the Marauders in the Middlesex League matchup. The Raiders battled back to make it close after being down 36-22 in at halftime.

The team dropped to 8-5 on the season and 5-5 in the Middlesex League. 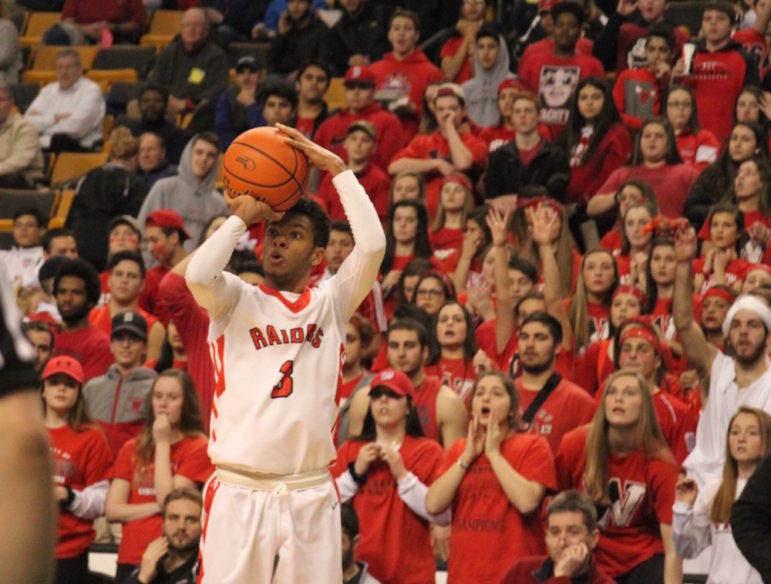 The Raiders were coming off a 10 point win over Boston United earlier in the week, where senior guard Julio Fulcar scored a career high 30 points, according to Wicked Local Watertown.

The team has been led this season by senior John Korte, who passed the 1,000 point mark for his career during a 27-point performance at Wilmington last week. Korte was profiled by Wicked Local Watertown this week. See the story here.