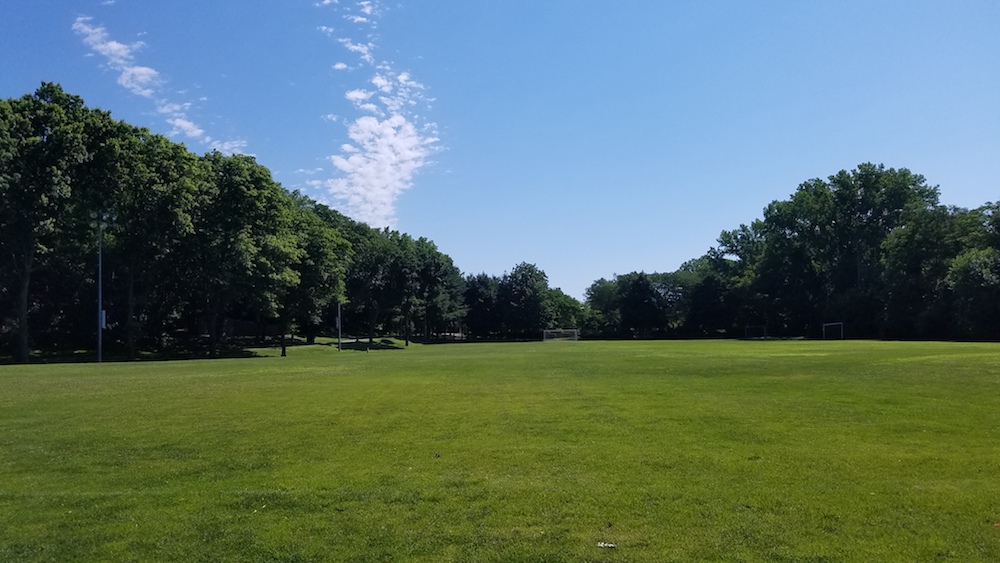 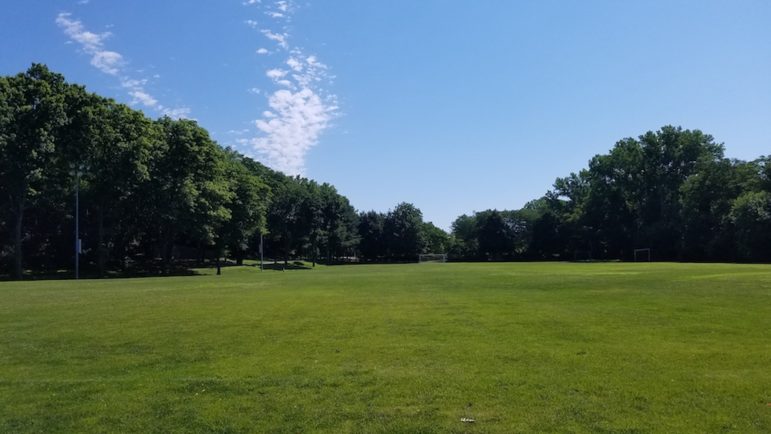 Filippello Park’s two athletic fields, picnic area, playground and more draw lots of visitors. This can be a problem for neighbors who say they cannot find parking spots near their homes.

Watertown’s Filippello Park draws many visitors, from those going for a stroll, to children enjoying the playground, to sports leagues playing on the softball or soccer fields. The demand usually ramps up during the evenings, and park users will park on nearby streets, so residents of those areas struggle to find a spot of their own.

Monday night, the Town of Watertown held a meeting about plans for the park during the fall, but the room full or residents had bigger issues on their minds.

Assistant Town Manager Steve Magoon announced that the two playing fields at Filippello Park will not close, as previously discussed, during the fall. The Town looked for field space in other towns, or at Daly Field, in Brighton, but little was available, and none with lights.

With the fields remaining open, parking had to be found because the main lot off Grove Street will be closed while the entrance that end of the park is renovated during the fall. The solution, Magoon said, will be using the parking lot just north of the park on Grove Street, which is controlled by Mount Auburn Cemetery and is used during the day by Mount Auburn Hospital. The Town came to an agreement to use the lot in the evenings this fall, Magoon said.

For residents of streets on the other end of the park — particularly Berkeley Street, Clarendon Street and part of Arlington Street — this solution did little to help their parking problems, which go back decades. 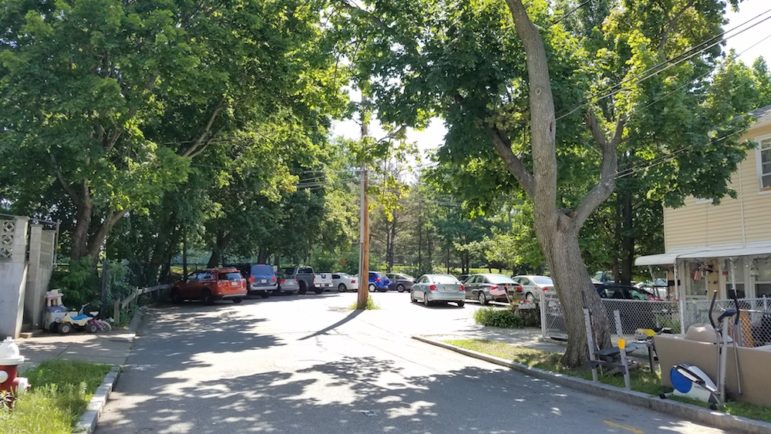 Many Berkeley Street residents rely on the parking lot at the end of the street because their homes do not have driveways. Often people going to Filippello Park are parked in the spots, too.

This has become an unofficial parking area for the park, and because it is so close to the fields, it is the most convenient one. The lot, however, is also the place where many residents of Berkeley Street park, because the homes on one side of the street were built without driveways.

The parking lot fills up in the warmer months with people playing softball, soccer and other sports that use the park, said many of the dozens of residents who attended Monday’s meeting.

“People are carpooling tonight because they know they won’t have a spot when they get home,” said Arlington Street resident Keith Migell.

The parking problems may get pushed later at night if the Town’s proposal to put up lights at the Filippello fields goes through. Migell said he can see stars at night, now, but that will not be the case if flood lights go in.

The Town cannot just ban people from parking in the area, Magoon said, because it is a public street.

Some residents suggested the Town issue resident parking permits for the area. Magoon said this is something that could be explored, but added, “It is not as simple as handing out stickers.” One obstacle, Magoon said, is that the Town would have to create a way to administer the program, including how to determine residency, how many cars can get the stickers, and renewing them annually.

Besides the packed parking lot, residents complained about other things that people do in the parking lot.

“When I come home late and I am looking for parking there are strange people hanging around drinking beer,” said Berkeley Street resident Janice Braccini. “I don’t feel safe.”

The park entrance from this lot was never supposed to be there, said East End Town Councilor Angeline Kounelis. The park is built on the Town’s former garbage landfill and and agreement was made before the park was created

“The original 1983 resolution says that gate should never be opened,” Kounelis said. “During the 1999 redevelopment of Filippello Park the park entrance was opened.” 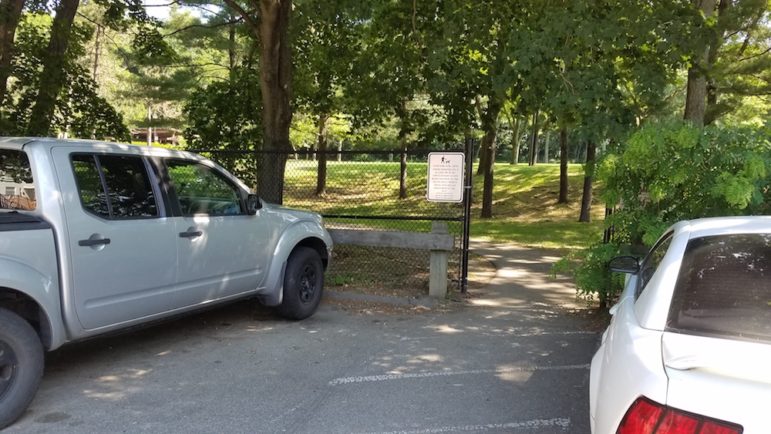 The gate near the parking area at the end of Berkeley Street was closed when the agreement to make the park was created, but in 1999 in was opened, making the parking lot a favorite place for Filippello Park users to park.

Watertown Youth Soccer and Watertown Youth Baseball and Softball frequently use Filippello Park’s fields in the afternoons. Other users in the evenings include Boston Ski and Sports Club and Watertown Men’s Softball, and on the weekends picnickers and people using the grills often park on the nearby streets.

The permits do say that the parking area for Filippello Park is on the Grove Street entrance, and Recreation Director Peter Centola said that his department could put more emphasis on making sure people know the correct place to park.

Mark Leonard, president of Watertown Youth Soccer, said he would tell parents and others to use the parking off Grove Street, and not to park on Berkeley Street. He added that he is confident that the players and parents from youth sports are not the ones drinking and being loud in the evenings.

“You can control who uses the park by who you issue permits to,” Leonard said.

Magoon said he will work with Kounelis to organize a future meeting so residents can talk more about the parking problems, the potential lights, and other issues related to Filippello Park.