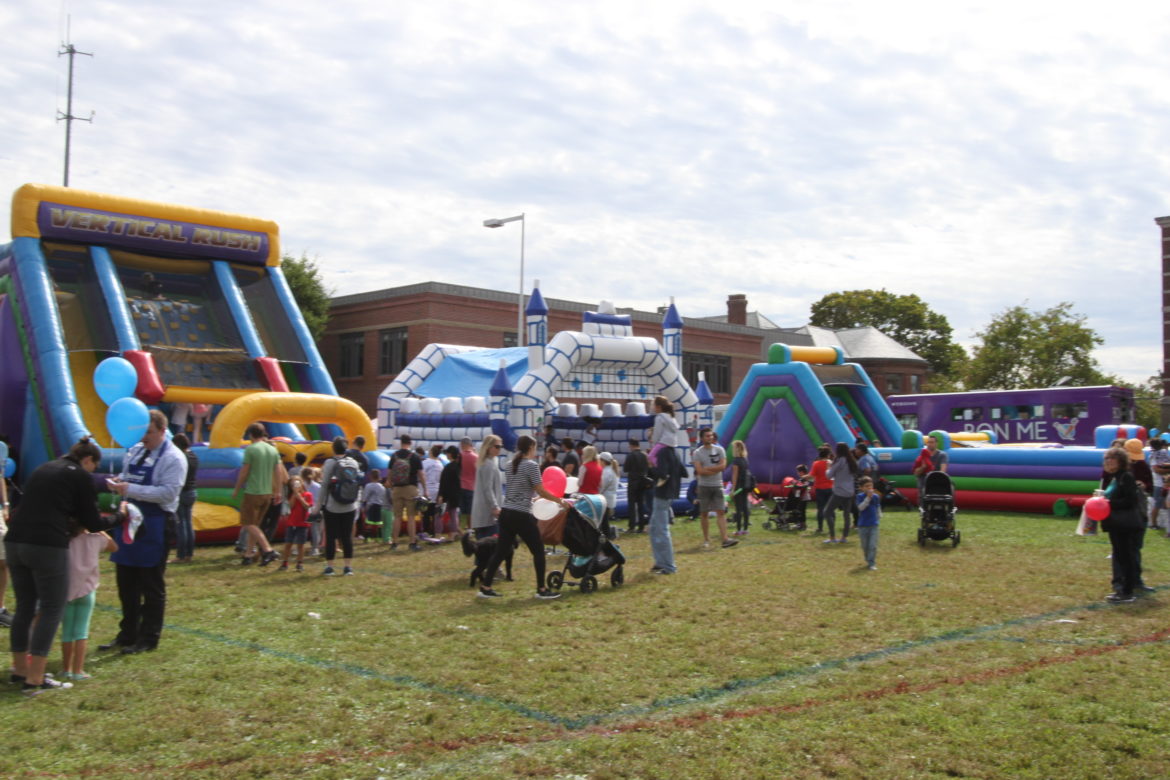 Bouncy castles and slides were just one of the popular additions at the 2018 Faire on the Square.

The rave reviews for the 2018 Faire on the Square continued at Tuesday night’s Town Council Meeting.

Town officials tried to change things up from previous years to breathe new life into the annual event, which drew thousands on Saturday.

“This was a really fun, successful, revitalized event,” Sideris said.

He thanked several people for organizing the event, including Dan McCarthy, who took over as chairman of the Faire on the Square Committee.

Watertown resident James Mello said the event brought back memories of Town events from many years ago.

“It reminded me of when we were kids on the Fourth of July when they brought out rides and set them up behind Town Hall,” Mello said.

Sideris noted that the new attractions, such as the rides, bouncy castles, and pony rides all had kids lining up for them.

Faire organizers also added new entertainment, including performers like you might find at Faneuil Hall. Mello said he has heard from people around town who were wowed by the entertainers.

“They said, did you see the hula girl performing,” Mello said. “People have been talking about it around town.”

Another major change was the beer and wine garden, set up on the basketball courts next to Saltonstall Park. This feature raised some eyebrows, and some did not like the idea of alcohol being served at a family event.

The feature seemed to be a big hit. John Donohue, who worked at the beer and wine garden, said that it raised about $3,000 for the Watertown Boys & Girls Club.

Mello said that he has not heard about any problems associated with the alcohol sales.

“It went really well,” Mello said. “I don’t think there was one problem.”

“The Town Manager wants to acknowledge the success of the Faire on the Square,” Magoon said. “We appreciate everyone who made it happen.

Magoon sat in for Driscoll, Tuesday, while the Town Manager was at an international city manager’s conference.

Along with McCarthy, Sideris thanked Town Clerk John Flynn, Maureen Foley from the Clerk’s Office, Veterans Agent Mark Comeiro, Kelly Cronin from Watertown Savings Bank, the Watertown Department of Public Works for setting up and tearing down afterward, and the Watertown Police and Fire Departments.

“We are going to review what went well and what could be improved, so we can have an even better event next year,” Sideris said.