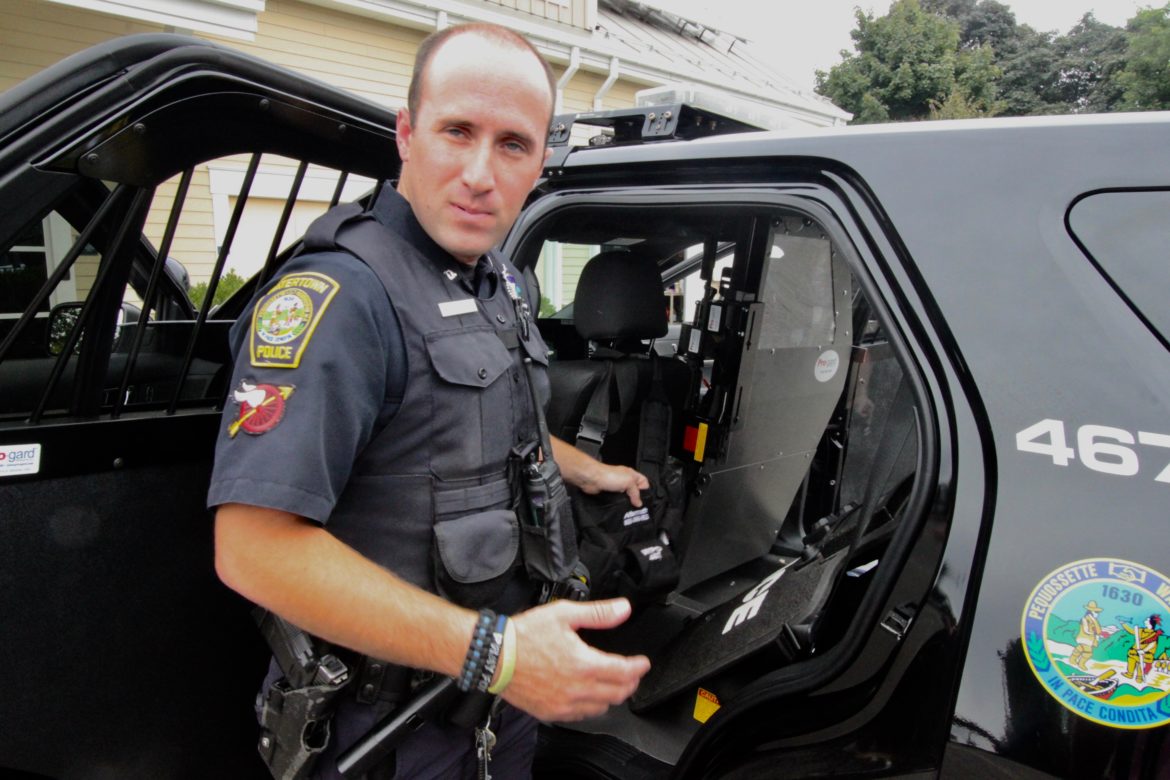 The WPD has transitioned from the old Ford Crown Victorias to Ford Explorer SUVs. Vaughan, who has been an officer for six years, said the all-wheel drive vehicles fare better in snow and wet weather.

The cruiser is like a mobile office, with a computer and communication equipment. Officers can write their reports from their cruiser so they no longer have to go to the station to complete paper work.

Police also have access to equipment needed if a serious situation arises, including an AR-15 rifle and a ballistic shield. These are only used in certain situations, said Police Lt. James O’Connor, and each officer learns the protocol of when they can be used.

The WPD did not always carry rifles in their vehicles and used to be kept in the police station, O’Connor said, but through the years the Police learned when the equipment might be needed.

“It is something over time we learned that this equipment is necessary at certain times, extreme situations, where officers need to protect people,” O’Connor said. “We have guidelines when and where different equipment is deployed, such as at times when people need to be protected. The shooting in Watertown (after the Marathon Bombings), if we had not had certain equipment it may have had a different ending.”

Because the Police are on the road most of the time, they often are the first to arrive at medical calls. Inside the cruisers, officers have access to a first aid kit, an AED (defibrillator) and narcan for people suffering from a drug overdose. Vaughan said he has had to admister narcan multiple times.

At the beginning of each shift, the officer goes through a check list to make sure all the items are in the vehicle and are in good working shape, Vaughan said.

These items are on top of the equipment that officers carry on their uniforms and belt. Vaughan said all officers on the street wear a bullet resistant vest, and carry a firearm and extra magazines of ammunition, hand cuffs, a portable radio, a collapsable baton, and a flashlight.

One thought on “Take at Look Inside a Watertown Police Cruiser”