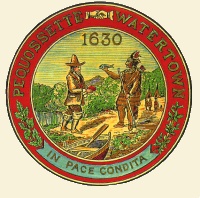 The Town of Watertown will pay the property taxes for parents or guardians of servicemen and women who died serving in the military, and also increased the amount of property taxes veterans can work off through a Town program.

Tuesday night, the Town Council unanimously approved the two programs, which are part of the BRAVE Act which are optional for cities and towns to adopt. The act aims at improving services to veterans and was passed by the State Legislature and signed by Gov. Charlie Baker in 2018.

Town Councilor Ken Woodland said the passage of the provisions was another example of how Watertown supports veterans.

“I am very proud of this Council and this community,” Woodland said. “Whenever there is an opportunity to support the veterans we have stepped up.”

Only a handful of other communities have adopted the provision where families qualify for their entire property tax bill because they have lost a son or daughter while serving in the military, said Councilor Anthony Donato, adding that they are also known as Gold Star Families. The other communities include Waltham, Hingham, Easton, Hanson and Springfield.

Currently, it does not appear that any such family in Watertown would qualify.

“Veterans Services Officer Patrick George is aware of just one Gold Star family who could have benefitted, but they are currently in the process of selling their house,” Donato said.

Others can qualify for the benefit, but they must meet certain standards, and they do not need to be from Watertown originally or at the time of loss.

The property tax exemption only applies to the family’s primary residence, Donato added.

While some may worry about people “shopping around” for communities that provide the full property tax exemption for Gold Star families, Donato said hopefully most if not all communities in Massachusetts will adopt the measure.

This program is specifically aimed at parents and guardians, and Donato added that there are other programs to assist the spouses and children of veterans lost serving their country. More information is available from the Veterans Services Office, 617-972-6416

A second part of the BRAVE Act adopted Tuesday increases the amount that veterans can reduce their tax bills from $1,000 to $1,500 a year. The money is taken off the bill in exchange for the recipients doing work for Town departments.

If someone who qualifies for the reimbursement cannot physically perform the work, an approved representative can do the work.

The program currently has 10 slots. Last year, six people are participating, and the previous year all the slots were filled, according to Senior Center Director Anne-Marie Gagnon.